Just because it's a weak three game slate of NBA games tonight doesn't mean there isn't money to be made. Two of these games could be used as torture techniques for captured enemy combatants whenever WW3 inevitably breaks out and the other is Portland vs Kevin Durant and a bunch of fucking scrubs. His words not mine (I'm paraphrasing, of course).

But where there is dog shit there are also little kernels of opportunity sprinkled throughout, like when you feed your pup the leftovers from your Thanksgiving plate.

As always all odds are from the Barstool Sportsbook, which is where all the cool kids place their bets. 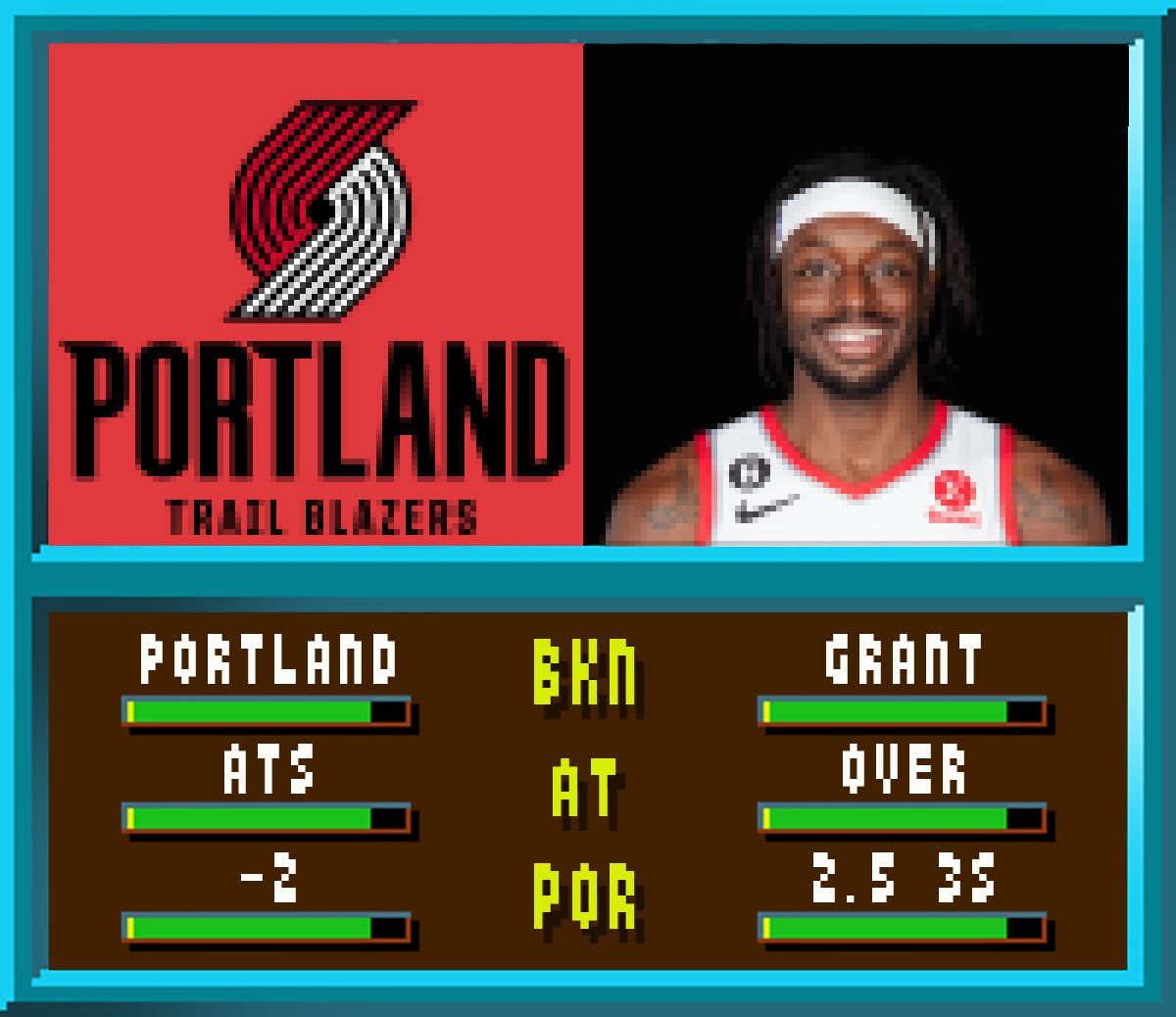 This number feels like Vegas is expecting a hero game from Kevin Durant and maybe that will be the case. But two points still isn't nearly enough. First of all you have the mental aspect after KD jumped in the driver's seat of the bus and mowed down his teammates like GTA.

On top of that Portland has covered 79% of the time this year while Brooklyn has only covered 40% and has lost their last two road games by and average of 23.5 points.

Brooklyn allows the 3rd highest 3 point percentage in the NBA and is bottom 10 in number of attempts allowed. Which should be their undoing tonight as Portland is the third best 3 point shooting team in the league. This is why I am also taking the Jerami Grant over on 3s. 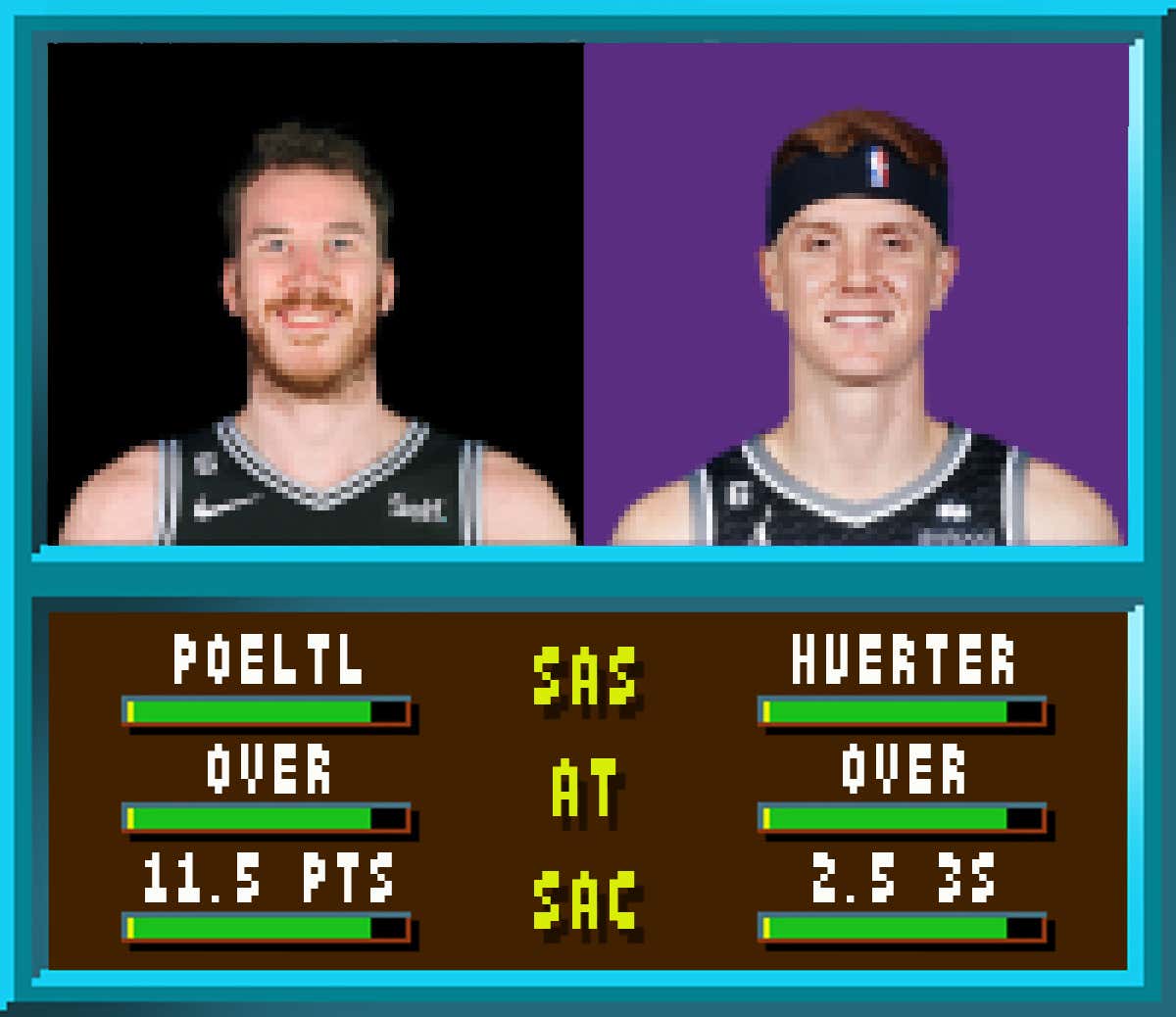 San Antonio gives up the highest 3 pt percentage in the league and Sacramento is #7 in that category. And if you have seen the Kings play recently you know they let it fly. Long gone are the boring Kings day, this team is electric.

Huerter is one of the top 3 point shooters in the league this year hitting a ridiculous 52.6% and is also carrying the flag for white guys in headbands. A dying breed in the association.

Sacramento, on the other hand, allows the 3rd most points in the paint in the NBA. Poeltl is coming off a 31 point game and has scored 14 or more points in 4 of his last 6 games. He should get plenty of looks inside to do that again tonight. 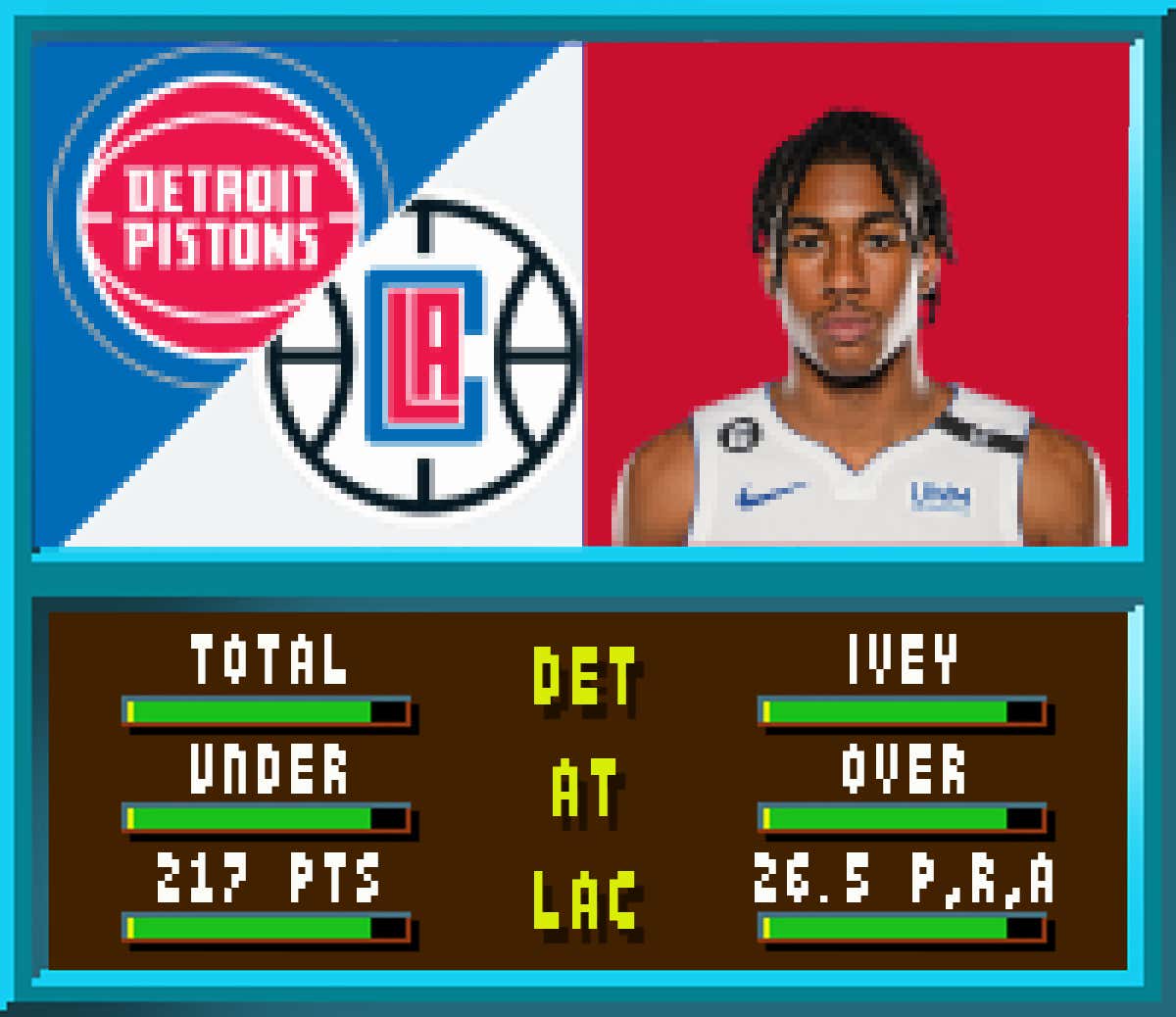 In 10 of 15 games the Clippers games have totaled under 217. Detroit, on the other hand, has only had games under that number three times this year and only once on the road. That was when the Bucks blew their doors off two weeks ago and pulled their starters halfway through the 4th quarter.

With all that being said, the Pistons have no Cade Cunningham and these are 2 of the bottom 5 teams in offensive efficiency in the league. I'll take the under but will probably sweat it out.

Even if there won't be a ton of it, someone does still have to score and facilitate. That someone will be Ivey. His usage rate is 23% and that only expands without Cade on the floor. Last game without Cade he cruised past that combined number with 21, 8 and 4 and even with Cade playing he passed that number in 4 of his last 8 games.