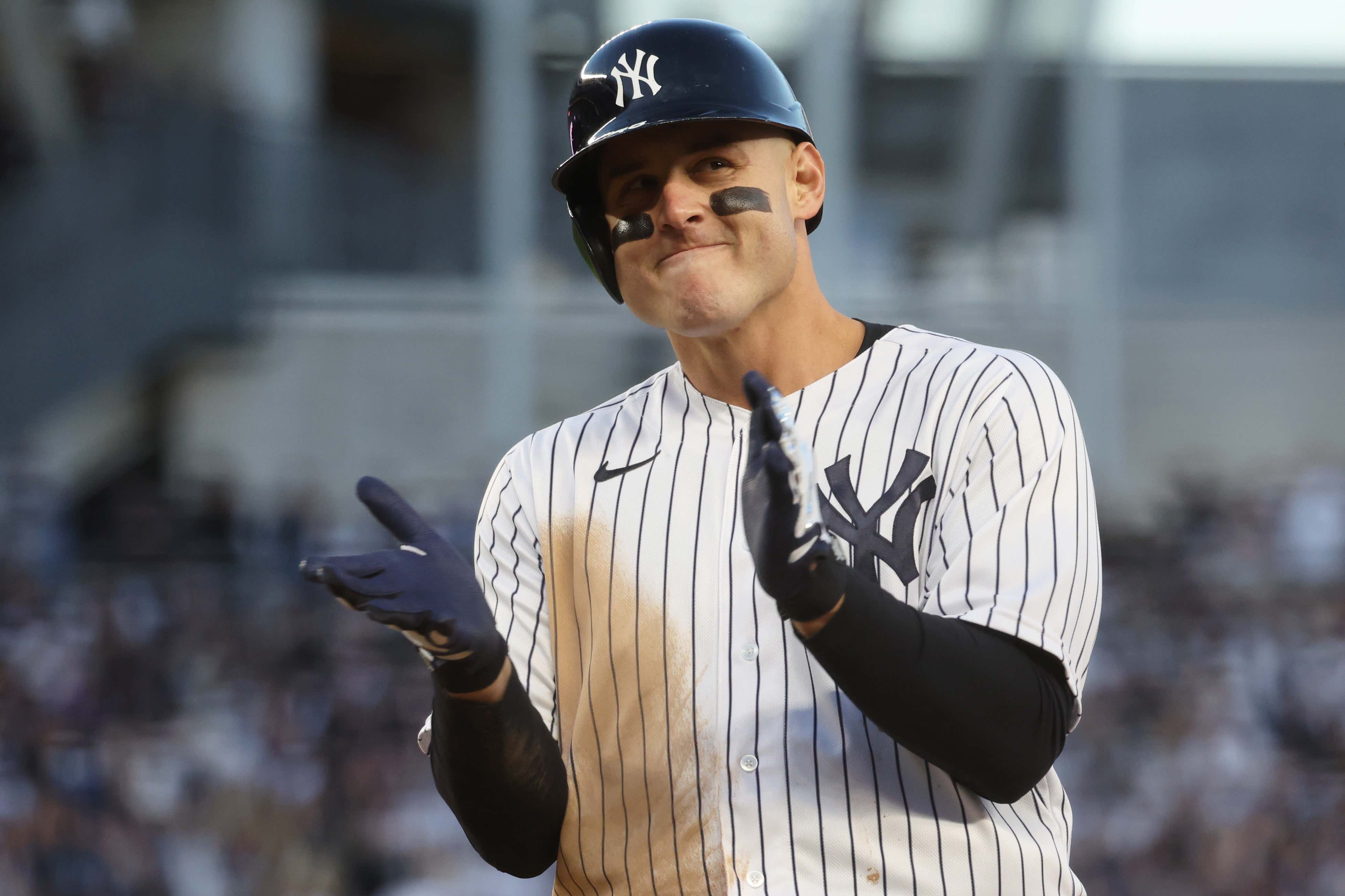 If there was one move the Yankees had to make this offseason that didn't involve Aaron Judge, it was bringing back Anthony Rizzo.

I just published a blog earlier detailing many reasons why the Yankees didn't beat the Houston Astros. Anthony Rizzo was not part of that piece. With Rizzo you're getting great defense at a vital position, elite lefty power, smart at bats, and invaluable clubhouse leadership. Not to mention he's expected to be at the top of the list of hitters who will benefit from the banning of the shift. Rizz is one of the more frequent pull hitters in the game which also coincides with some of the highest shift% numbers against him. While an .817 OPS is solid from him, you'd like to see the batting average more in the .250+ range. If you can get him to an .850 OPS in 2023 then $17 mill a year will be a fantastic number to have him at.

Another interesting aspect of this is how quickly this got done. The Houston Astros made it clear they had a great deal of interest in signing Rizzo as a free agent to be their first baseman.

I would have simply not chosen to live in this world anymore if that came to fruition. Nope, couldn't do it. Rizzo wanted to stay in New York and the Yankees wanted him to do the very same. They wasted very little time in coming to an agreement when this could have dragged out a bit whether it be Rizzo testing the market or the Yankees attempting to save some money after gauging who was offering what.

Now you have to talk about Aaron Judge here. The way I see it, Rizzo wouldn't be signing back unless he knew his buddy Mr. Judge was going to do the same. If Judge doesn't return, the roster and team outlook will be bleak no doubt. I don't see how a 33 year old Rizzo would want to play on a team that just lost their franchise player. Sure he had the qualifying offer attached to him which limits his potential market, but I'm choosing to believe he knows this will get done with Judge. Coming into today I was at about 60% confident in a return, but now I'll bump that to 75% after this news.

As I mentioned in the blog earlier today, there's still a lot of work to do to improve on the 2022 season. This, however, had to happen. Rizzo is the perfect Yankee and I'm stoked he's coming back for a few more seasons. Now pass the gabagool.