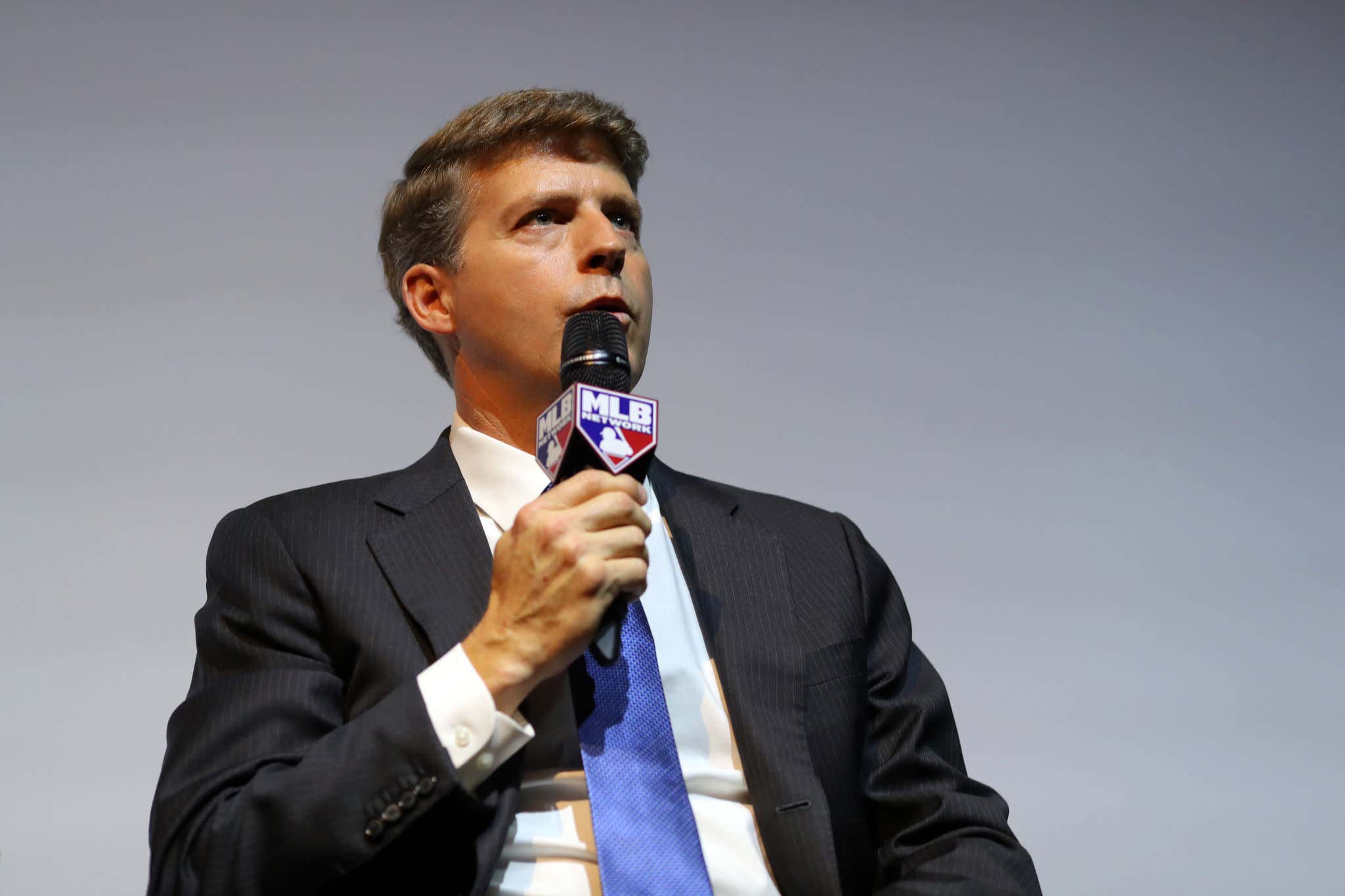 Hal Steinbrenner running the Yankees is the bane of my existence. Almost everything wrong in my life can be backtracked to that man and his decisions. Yesterday he spoke to Yankees clubhouse reporter Meredith Marakovits in his first comments since the Yankees were swept out of the playoffs by the Houston Astros. As you can expect, he said a lot of stuff that made you wanna roll your eyes to the back of your head before taking a scissor and gouging them out. None more than this little number right here.

Actually reads like something Dave or Michael Scott would say. I told myself I wouldn't get upset over this interview and then he dropped that line.

Using the injury card to mask their failures and constant shortcomings is so pathetic yet it's perfectly on brand for Hal. The fact is that they got beat by the way better team for the millionth time in a row. I could see using the injury excuse if they lost in 6 or 7 and it came down to the bullpens. Not having guys like Michael King and Scott Effross definitely hurt their chances of winning, but when you get swept like they did in such embarrassing fashion you can't do that. They were completely outclassed in every facet of the game.

Cashman, Boone, and Steinbrenner all have regurgitated the same bullshit that the team they had for the first three months of the season was the one they dreamed of and wish they had against Houston. Makes me want to puke, Constantly referencing not having DJ LeMahieu and Andrew Benintendi is so weak to me. For starters, Benintendi wasn't even on the roster until post trade deadline. Both are contact guys that help bring balance to a lineup, but every team had injuries. Going into the postseason with a clean bill of health is virtually impossible. You're always going to be shorthanded in some capacity heading into October. Clinging to that as your explanation for a sweep is straight garbage and should fall on deaf ears to any fan with a brain.

-Brian Cashman was your GM. The same man who constantly refuses to admit he's wrong on guys who are on the roster that have no business being there. He doesn't call up prospects that are ready and able to help the team in the present. He also doesn't trade said prospects for MLB star power. This same GM has given you one World Series championship team in two decades, yet here he is getting a brand new contract this winter.

-Despite saying you needed to upgrade the shortstop position last offseason your idiot GM decided to go get Isiah Kiner-Falefa, a gold glove third baseman they hoped could do the same at short. IKF proved very quickly he was way in over his head and was not suitable to be the guy. Naturally they stuck with him. On the flip side Houston let Carlos Correa walk and called up their stud prospect in Jeremy Pena. All he did was become one of the main characters during a title run this past October. Funny how that works.

-More on the IKF acquisition! In order to get him they took on Josh Donaldson's grotesque money. While he gave you gold glove level defense at 3rd all year, he provided next to nothing at the plate. Boone continued to bat him in the upper half of the order just praying he would snap back to his old self. Instead of that miracle occurring, we watched a cooked 36 year old hitter post an OPS below .700 all season long while he hit in the cleanup or 5th spot in the order.

-Oh yeah, Donaldson is owed $21 million for 2023 too, so unless you attach a prospect with him to another team he's going to be back on this roster and probably starting every game. So far this offseason Boone, Cashman, and Hal have backed JD, saying they expect his offensive production to return next year. Shoot me.

-All of that could have been avoided if they just non-tendered Gary Sanchez. Nope, Cashman had to try and look like a genius and get something back for his defeated catcher via trade. The real kicker is in the process of all this it cleared up the money Minnesota needed to sign Carlos Correa. The smart move would have been spending the Donaldson money on Correa, while giving him the same opt outs that Minnesota did. He would have opted out this offseason like he always was going to and become that pseudo stop gap you were looking for the whole time. Instead we had to endure a year of IKF and Donaldson on the same side of the infield. The Yankees will tell us they that was a successful operation too instead of giving the younger guys a longer look. Just pissing on our heads and telling us it's raining. It's possible we have to do the same thing again in 2023 unless they decide to all of a sudden admit they wrong. It seems impossible they'd run back IKF at short over Volpe, Peraza, or Cabrera, but assuming they do anything correct at this point is foolish.

-Another reason why they didn't beat Houston? Judge was 1 for 16 in the ALCS. It all has to start with him if they were going to do anything special this postseason. He didn't come through and heard the warranted boos because of his performance. You play bad in October on the big stage, you get booed. It's not rocket science.

It's so cliché to say, but I really wish George came back from the dead to run this team. Yes he was a maniac, but that man wouldn't accept losing like his son does. Hal can say this is unacceptable and that they will look everywhere on the roster to improve, but at the end of the day he runs this team like a business with the sole purpose of turning over a profit, viewing the luxury tax as a hard cap.

The Yankees hosted two ALCS games a year after being bounced in the wild card game. Hal views that as a massive improvement and believes they're trending upwards as a result.  That's a major problem. Hal Steinbrenner is a major problem. His loyalty to Brian Cashman is a gigantic problem. Cashman's marriage to Aaron Boone is a fucking problem. They all tie into one another and it may never end. I asked this on the pod the other day, but I truly wonder if I out-live the Cashman-Boone era. The Yankees GM is likely days away from receiving a new extension. Boone is under contract for another two years and as long as they keep making the playoffs he'll be kept around. I sound like the Tank right now, but it truly will never end.

The only hope this franchise has is if Anthony Volpe, Oswald Peraza, and Oswaldo Cabrera are able to become big contributors in the immediate future. That's also assuming Judge comes back, which is far from a foregone conclusion (I have him at 60% back based on nothing but feel). If they sign Judge to what looks to be a 9 year $330 million deal, they're likely not gonna spend much elsewhere. That puts the pressure on these kids to make an impact out of the gate in 2023. Heading into this past season the Yankees org chose to not entertain the likes of Corey Seager, Carlos Correa, and Marcus Semien. Instead they looked at the cheaper option in the farm in hopes they'd become home grown stars. Well, now it's time to see what they got. If the Yankees don't go into spring training next year with a true open competition at short between those young guys then they will never learn. In my crazy mind Oswald Peraza, Anthony Volpe, and Oswaldo Cabrera are all on the Opening Day roster. That honestly shouldn't even be viewed as crazy, it should be the logical move if you're not spending on a Trea Turner kinda guy. Unfortunately logic doesn't apply to this organization anymore.