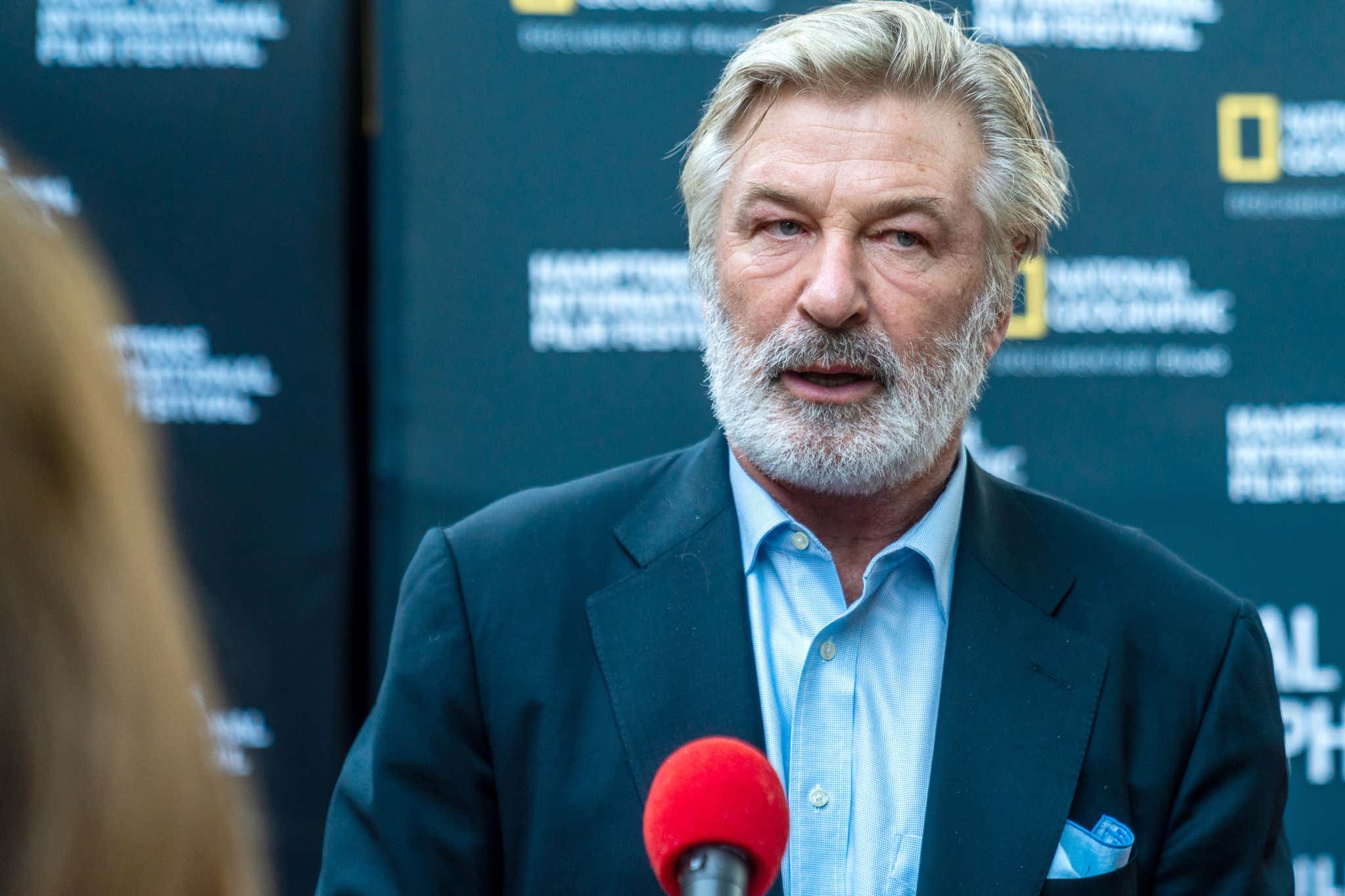 It's been well over a year since a cinemaphotographer was shot and killed by a gun held by Alec Baldwin on the set of the movie Rust. As of yet, no criminal charges have been filed, though they've been expected for months on end. And in that time, Baldwin and his attorneys have employed an ever-changing legal strategy. Including, though not limited to:

Repeatedly giving up his right to remain silent:

Claiming he never pulled the trigger on the prop gun in question:

And suggesting the victims of the shooting and their families are just shaking him down for money:

And now, in their latest legal-eagling, they've pivoted to yet another strategy. Shaking people down for money. I mean, filing lawsuits of their own to um, "clear his name." And make up for the wages he's lost since Hollywood seems reluctant to hire actors in their mid-60s when there are so many younger, talented actors who didn't recently have someone die filming a movie that they were the producer of:

Source - Just days before the Santa Fe District Attorney is expected to announced her intentions in the fatal shooting of Rust cinematographer Halyna Hutchins by Alec Baldwin last year, the actor Friday has slammed crew members of the indie Western with a negligence lawsuit. …

In a move that risks backfiring on Baldwin, today’s filing makes a point of noting how the aftermath of the shooting has impacted his career.

“Baldwin has also lost numerous job opportunities and associated income,” it says. “For example, he’s been fired from multiple jobs expressly because of the incident on Rust and has been passed over for other opportunities, which is a direct result of the negligence of Cross-Defendants Gutierrez-Reed, Halls, Kenney, PDQ, and Zachry.” …

“More than anyone else on that set, Baldwin has been wrongfully viewed as the perpetrator of this tragedy,” the actor’s lawyer writes of his client. “By these Cross-Claims, Baldwin seeks to clear his name and hold Cross-Defendants accountable for their misconduct.”

By no means am I one to give someone legal advice. I don't tell lawyers how to vigorously defend their clients, and they don't tell me how to write about sports and make fun of vapid, self-possessed Hollywood narcissists. And that arrangement seems to be working out swell for all involved.

But coming at it from that perspective, this is great for those of us who mine celebrity gossip gold for a living, but not so great for the image of the very public figure filing it. "In a move that risks backfiring on Baldwin" might be a terrible turn of a phrase under the circumstances, but it's 100% accurate.

I mean, what does Baldwin hope to gain out of this? Money? We're talking about a guy who has been a leading man for 40 years. Who's starred in Oscar winning films. Whose career was so hot that he asked for so much that he priced himself out of the Jack Ryan franchise. And was replaced with Harrison Ford. Harrison Ford! Whom I'll assume wasn't working for union scale. He was the male lead of a huge prime time network sitcom back when such shows ruled the landscape. And he's hoping to squeeze some cash out of production assistants working on an indie movie? I'm guessing those prop people and that assistant director don't have midtown Manhattan townhouses and an army of au pairs for their platoon of kids.

As far as his career goes, that's a tough break, indeed. Like old saying goes, when someone accidentally gets shot to death, it's always the preternaturally handsome actors with the deep, resonant voices that suffer the most. But how exactly is this lawsuit going to help him get work? Some producer calls his casting director, "I'm looking for a distinguished, sophisticated older gentleman to play Meryl Streep's love interest in a RomCom I'm making that takes place on Arbor Day. Get me that guy who sued the pants off all those working class people after he shot that woman. He's perfect!" Is that the plan? Because Colin Firth is getting those roles without putting blue collar types into bankruptcy.

Finally, all this ignores one rather major point. The party of the first part on this lawsuit just so happens to be the producer of Rust. Meaning Alec Baldwin is blaming the people he hired to work for him. He was on the set with prop gun in hand and all. And perhaps you can forgive him for not knowing there was a live round in the chamber. But he was also on set producing. Meaning he was in charge. Again, no legal expert over here, but I don't think that's how this works. If Chik-fil-A screws up your order, you don't see the franchisee lawyering up to go after the high school kid who gave you the wrong sandwich. The buck stops with the person in charge, not the hired help.

Who knows? Baldwin might actually win a verdict in his favor. But as far as that "clear his name" thing? I'm afraid that shipped sailed about 20 bonkers stories about this tragedy ago. Maybe the best thing or all involved would be him just laying low for a while.