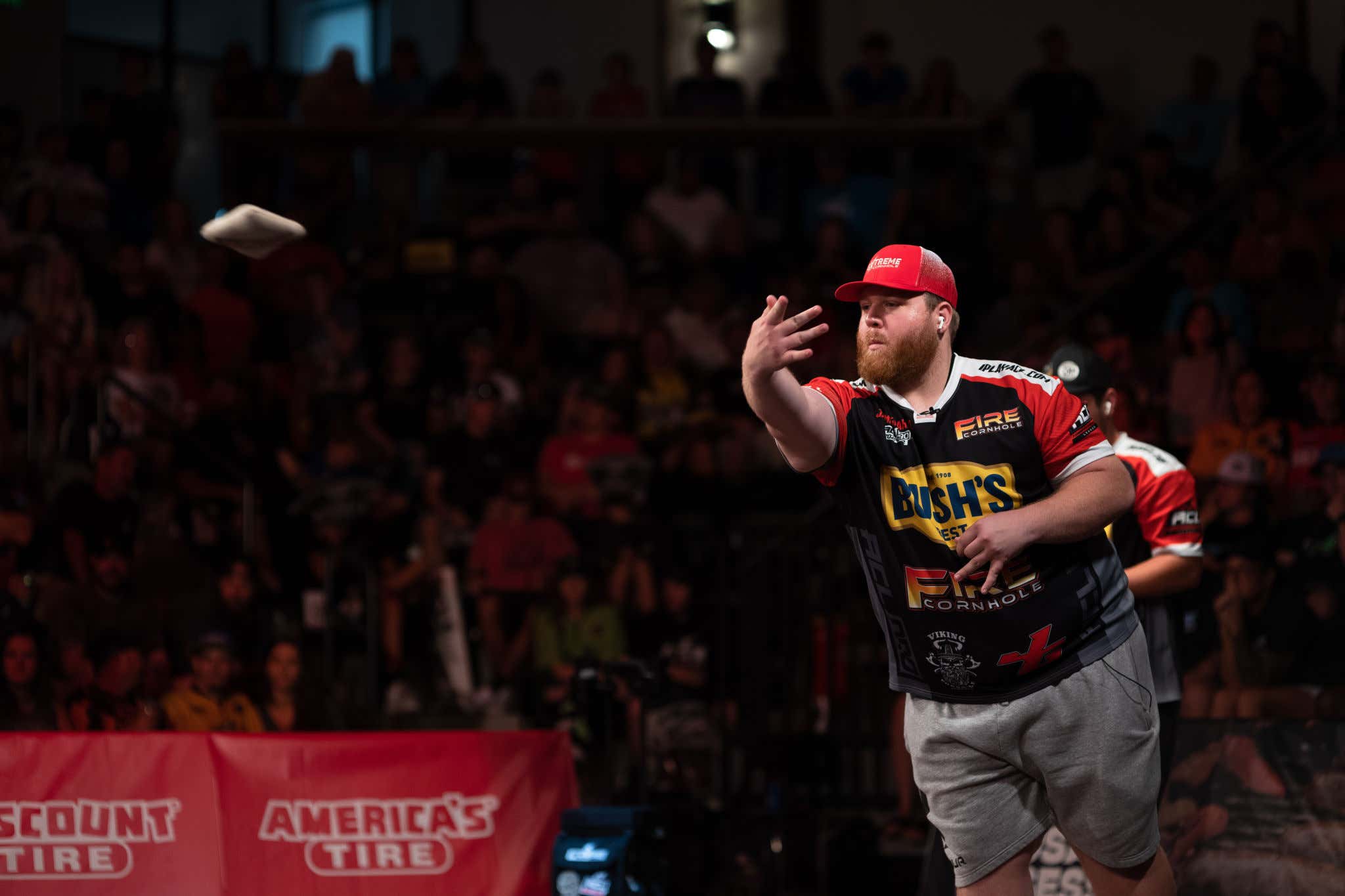 NY POST - Professional cornhole has been rocked by controversy after the top-ranked team was accused of using illegal bean bags at the 2022 American Cornhole League World Championships in August.

Dubbed “BagGate,”  the now-infamous incident began when player Devon Harbaugh complained that rival opponents Mark Richards and Philip Lopez were using bags that were smaller than regulation during the finals, which were broadcasted live on ESPN from Rock Hill, South Carolina.

“I thought the bags were too thin,” Harbaugh told The Wall Street Journal — and he was right.

Officials gathered to inspect Richards and Lopez’s bean bags and confirmed that they were, in fact, not regulation size.

Lighter and thinner bags can be advantageous and players have been boiling their bags or washing them with vinegar to make them more pliable.

“You have the average players that try everything to make the bag do different things,” Nate Voyer, a cornhole professional, told the Journal. Voyer chooses to wash his bag with a little fabric softener and let it air dry.

Harbaugh denied manipulating his bags for the ACL World Championship.

“Honestly it could be anything,” he says. “Definitely unintentional.”

His opponent, Lopez, also said he doesn’t know how his bags shrunk, denying that he boiled them.

In response to “BagGate,” ACL has had to step up its policing.

Man, it's like there's no pride out there any more. No morals. No values. Everyone is always looking for an edge, even in nice backyard games like cornhole. But you know what? I sorta dig it. Cheating is as American as apple pie. As the old adage goes "if you ain't cheatin, you ain't tryin". If money is involved, people will find a way to get a leg up. It doesn't matter if it's fishing, dancing, or tossing bags. I'm not saying it's right, I'm just saying it's to be expected. Even back in the Adam and Eve days, cheating was a thing. Think she would have bit that apple if she didn't think it would give her a leg up on Adam? For sure not.

I will say this though- if you are playing cornhole in your backyard or at the beach with your buddies and you cheat, you are a loser. If you're drinking a nice Corona, music playing through the speakers, dogs running around and you find the need to cheat, you are basically a terrorist. Can't stand people who take beach games too seriously. Like, chill out. We're just trying to get drunk enough to forget how bad this sunburn is going to hurt in the morning.

But in a professional league anything goes. I understand that. "Cheat or be cheated on" - Alex Cooper - Cornhole professionals.

PS: I was going to tie this into the poker scandal but that whole thing is basically over now. There was no result, no answers, no nothing. Everyone sorta just moved on. It will always be weird and sorta shady and nobody will ever truly know what exactly happened.

Regardless though, Cracking Aces has been doing a lot of poker strategy talk recently- trying to tune up our games before the WSOP. I can't fucking wait to play live poker again. Just need to raise $25k before this upcoming WSOP so I can blast the entire thing. Full Summer in Vegas? Yes please.