The above story has taken the world by storm over the last week. It has stretched beyond the poker community and entered the main stream, with everyone wondering what the fuck happened. I have gone back and forth 100 times on if I think she cheated during the hand or not. At any given moment I could be 80% positive she cheated, or 80% positive she just made the worst call in televised poker history and got really lucky. But I mostly settled on "cheated" because none of her stories added up. She came up with a myriad of excuses and reasons she made that call with J high, and none of them made a lick of sense.

And then last night, a new bombshell broke: A Hustler Stream employee was caught stealing $15,000 from Robbi's stack. But Robbi conveniently chose not to press charges. Oh and that employee? Yep, he had real time access to the cards at the table. WOW.

Now, why would an employee take $15,000 from Robbi's chipstack? Strange, right? And if someone stole $15,000 from you, wouldn't you press charges. Unless, of course, this employee was just taking his cut. A nice 10% off the top, nothing to see here.

This Bryan fella, well, he had a rough night. 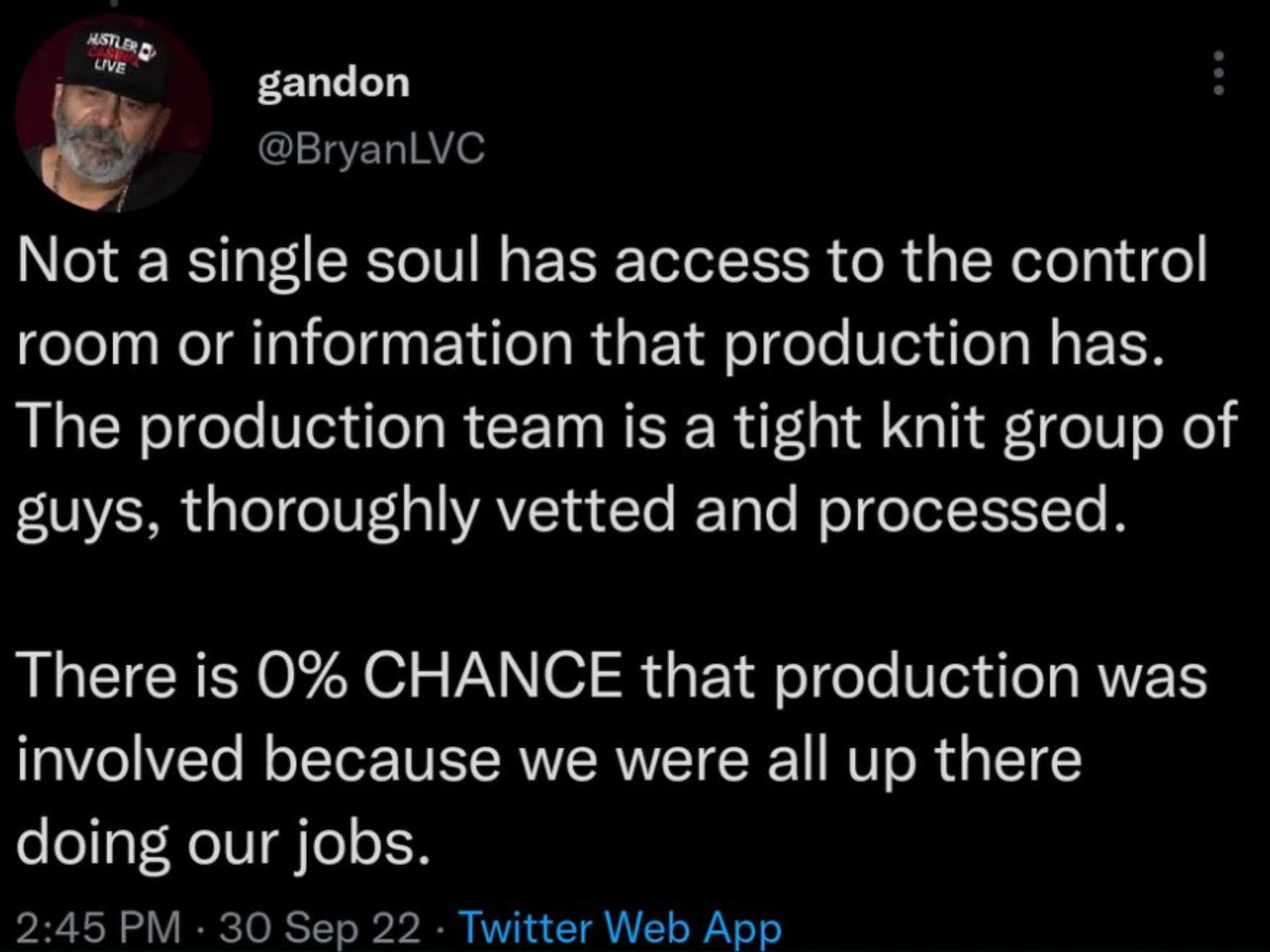 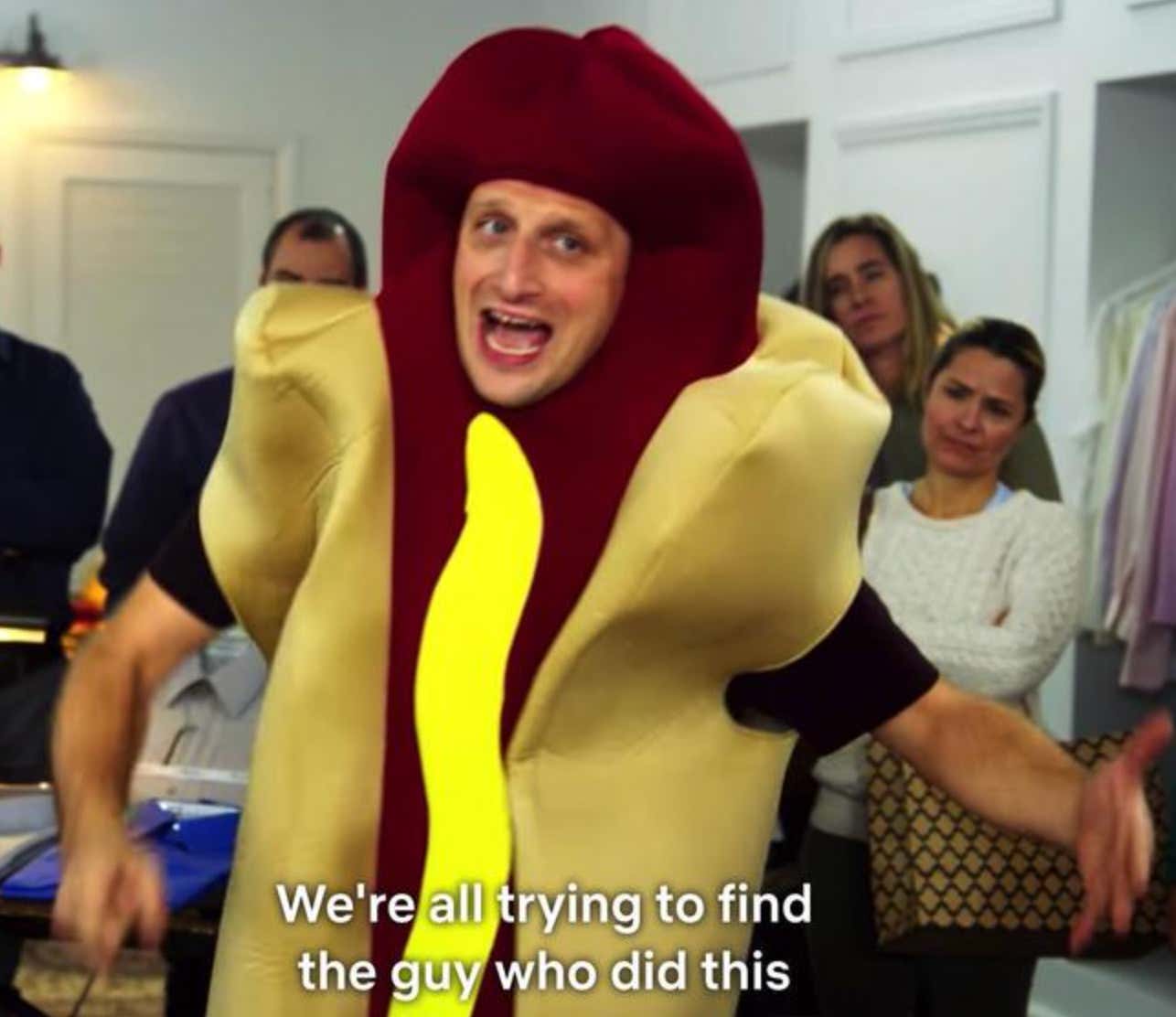 Not shockingly (but NOT evidence of guilt, of course), he deleted his account by the end of the night. 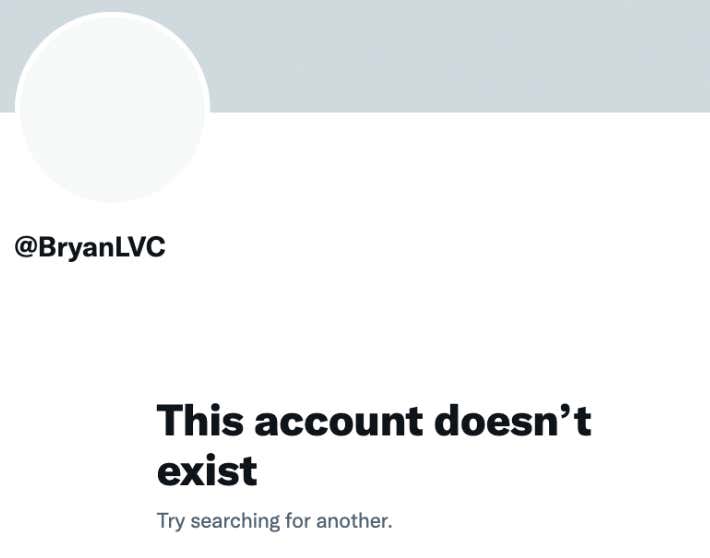 Garrett, the man who lost the hand and immediately felt something was off made a statement as well:

Oh wait, we forgot one part- don't forget Robbi gave Garrett back that $135,000 THAT NIGHT. And people said he bullied her. It's beginning to look like she cracked and felt immediate guilt about it. He then donated that $135k to charity. And if he's still correct about the events of that night, it looks like a lottttt of people who called him sexist and a bully will owe him a big time apology.

The night ended with one last twist- Hustler offered to reimburse the "stolen" $15,000! 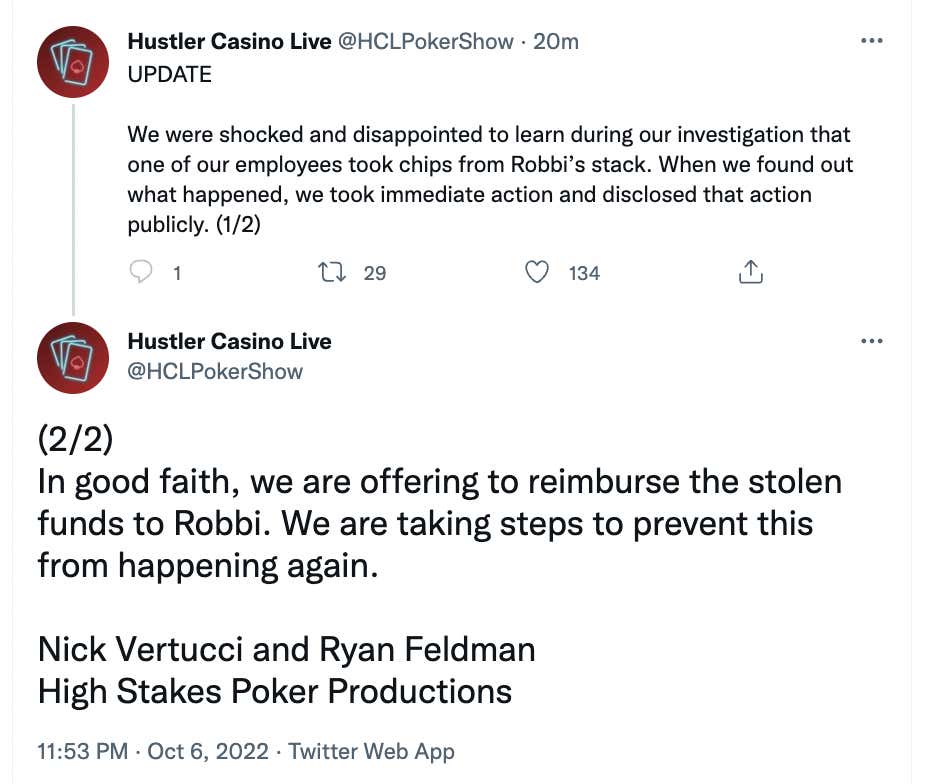 Incredible, but makes sense I guess. They have to operate under the guise that the money was truly stolen, and not part of the plan all along. Or perhaps he did "steal" it when the plan was to be paid later, because he realized things were falling apart because he stupidly decided to tell her to cheat in a hand when she had J fucking high.

It's looking like my theory all along could end up being correct- she tank/called in that hand because she was so confused why her cheating device (whatever it may have been) was telling her to call with J high. She didn't understand, but then went through with it anyway. Big mistake.

If it turns out they did cheat, they are the dumbest cheaters in the world. Garrett sniffed it out immediately, and now she will never play on a streamed game again. So stupid.

If I'm her, I stop playing it coy. I fess up. O/u 4 days until she releases a sobbing confessional video on Twitter saying how terrible she feels and it's not in her character to do this and blah blah blah.

Everything currently looks like she's guilty and worked with this Bryan fella to cheat. If she didn't she literally has the worst luck ever that all this evidence is piled up against her and we would all owe her a mega apology.

What a saga it has been so far and who knows what will happen next.