So here's the long and the short of it.

There's this upstart music festival that began in San Diego a couple years ago and that's attempted to expand out nationally this past year. It's called "Blended Music Festival", and a handful of my friends from the industry have been apart of it behind the scenes. Not on the financial side, but in the operations, bookings, and marketing fronts.

We were actually in talks this summer to set up a partnership with Barstool Backstage to cover the fests (Nashville and Austin), and interview the acts backstage, much like we are doing now with The Brooklyn Mirage. But discussions were all over the place and it didn't feel like they had their shit together really.

They actually had some decent lineups for an upstart festival too.

The marketing was typical

Everything seemed on the up and up, but in fact, couldn't be less of the case.

The Nashville event went down on September 11th weekend. It was a deluge in Nashville that weekend, resulting in basically a rainout and killing walk-up ticket sales.

The result was a domino effect ultimately resulting in the scheduled Austin fest (Sept 24-25th) being "postponed to a date TBD", and San Diego indefinitely. 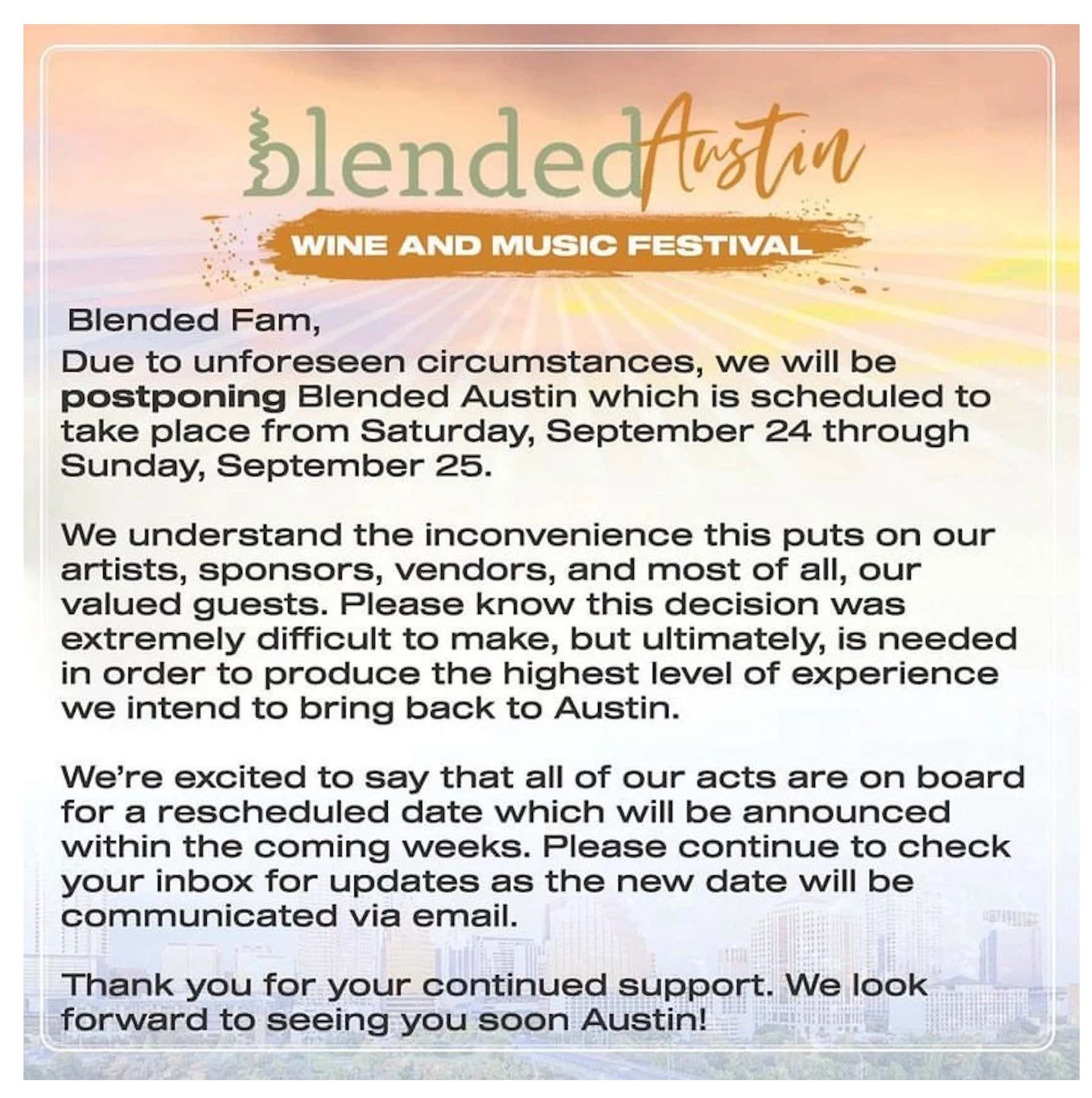 Ticket holders grew nervous as time went by (pretty much the entire month of October) with no updates. Artists and management began hounding the festival's planners for updates, answers, and most importantly, money. All while the man behind the entire thing, Sean Evans, was in the wind, giving no answers to anybody.

Then yesterday this social media post popped up. Apparently, the company they outsourced to handle marketing for them was sick and tired of being inundated with calls and complaints that they threw in the towel and told everybody that Evans has disappeared.

I reached out to my friend, who's been involved since the beginning, to find out what exactly happened. Here's what she said - 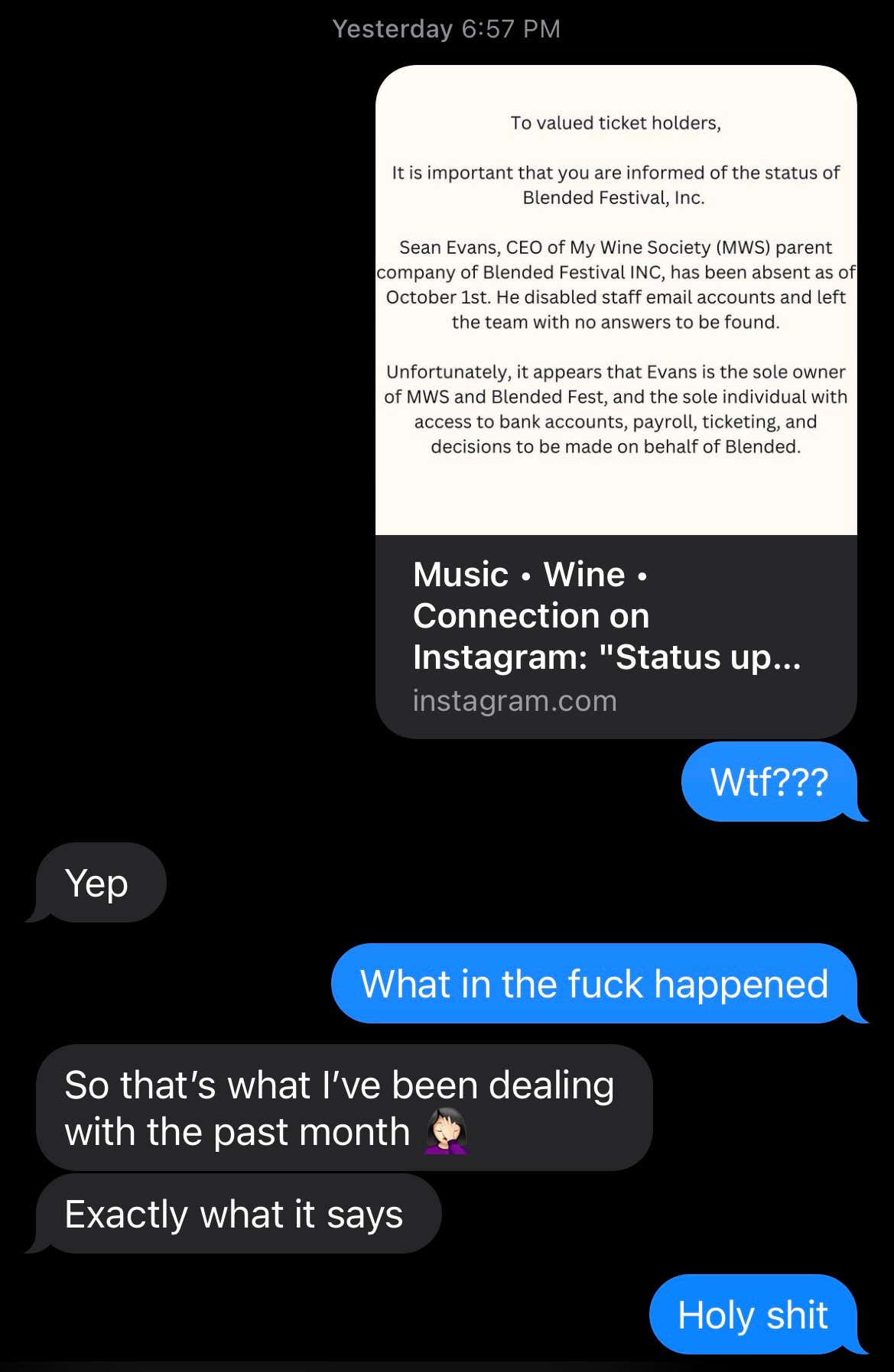 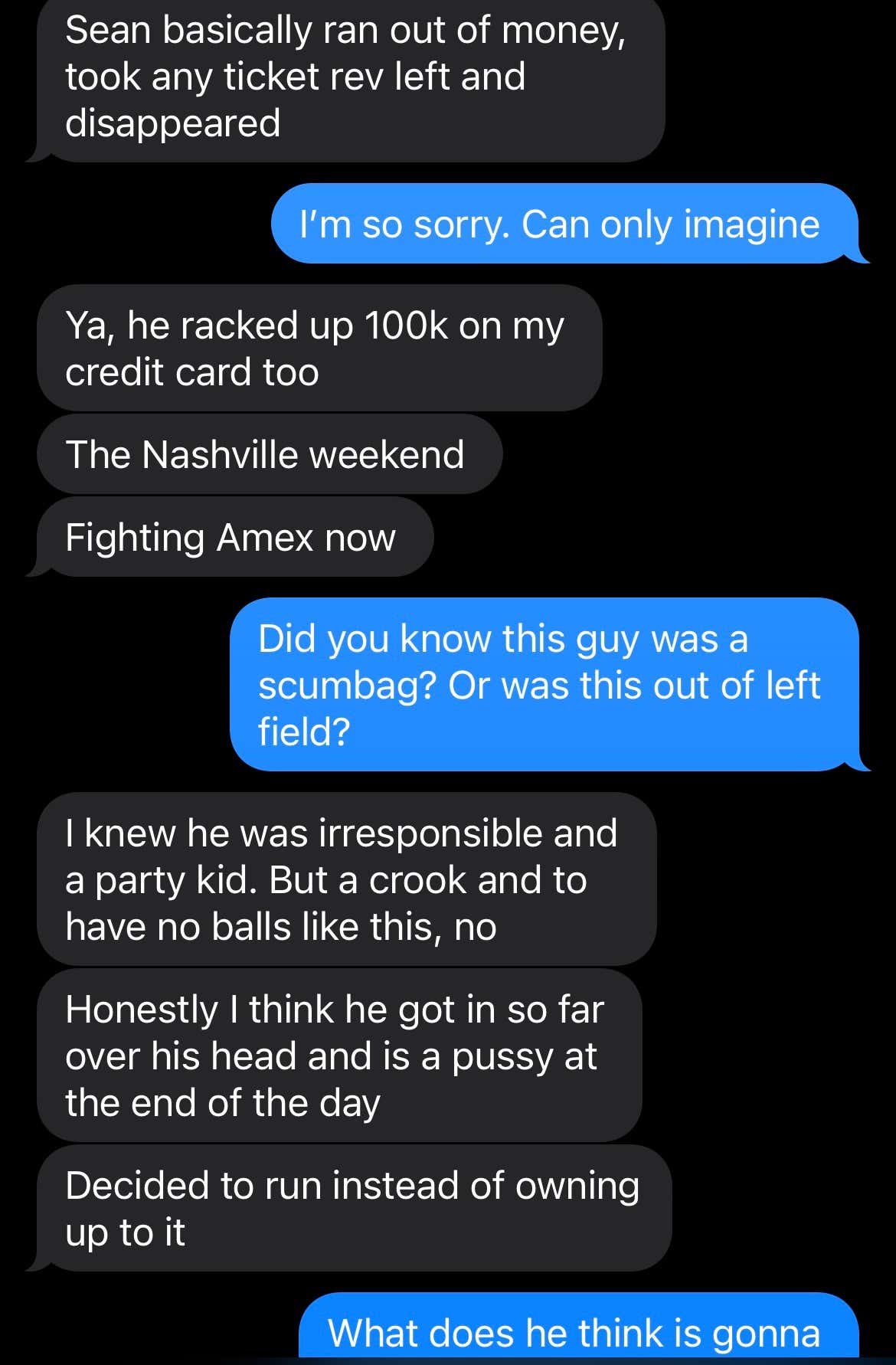 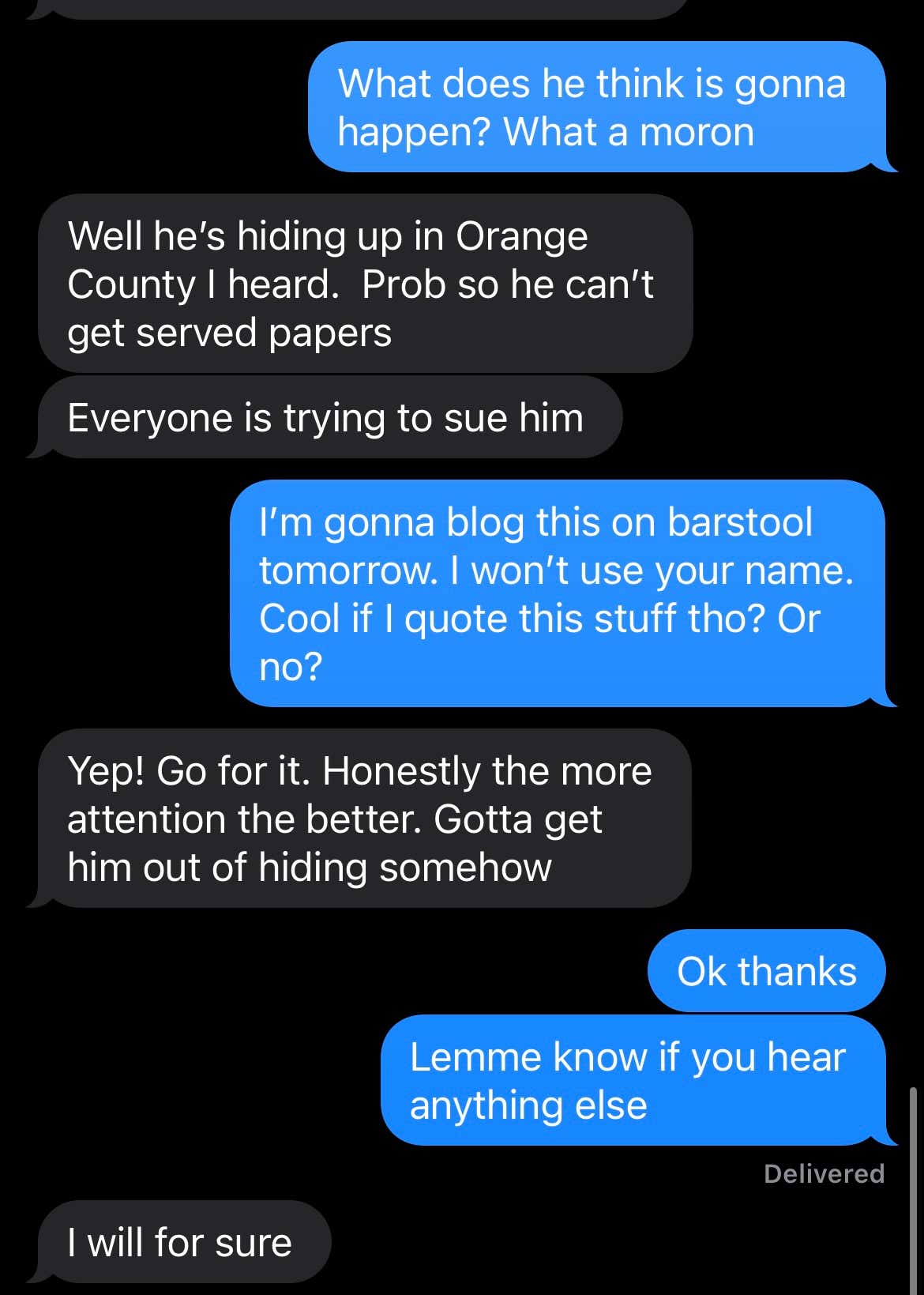 The website is still up, and still promoting San Diego (with no date). There's also a tab on there for an unannounced Tampa Fest as well.

I definitely don't know the whole story here, but from what I do know, my guess is that Evans was going all in on this season's lineup of fests and over-leveraged himself. He was banking on Nashville being successful and using that revenue to cover Austin, get out of the red, and then make bank on San Diego and then Tampa. Once Nashville went to shit, everything went to shit.

My only question is don't you have insurance to cover your event in the event it rains and kills your sales? That's like event/concert planning 101.

Also, I don't care what happened, taking people's money and heading for the hills is textbook scumbag behavior any day, all day, all ways, always.

Sucks for everybody involved.

Sean, if you're reading this, reach out and let's hear your side of the story. I have no problem letting you tell the world what happened. Dante@barstoolsports.com

America believes in second chances. Just ask Billy McFarland. Fresh out of jail and throwing Fyre Fest 2.0. You guys could team up.