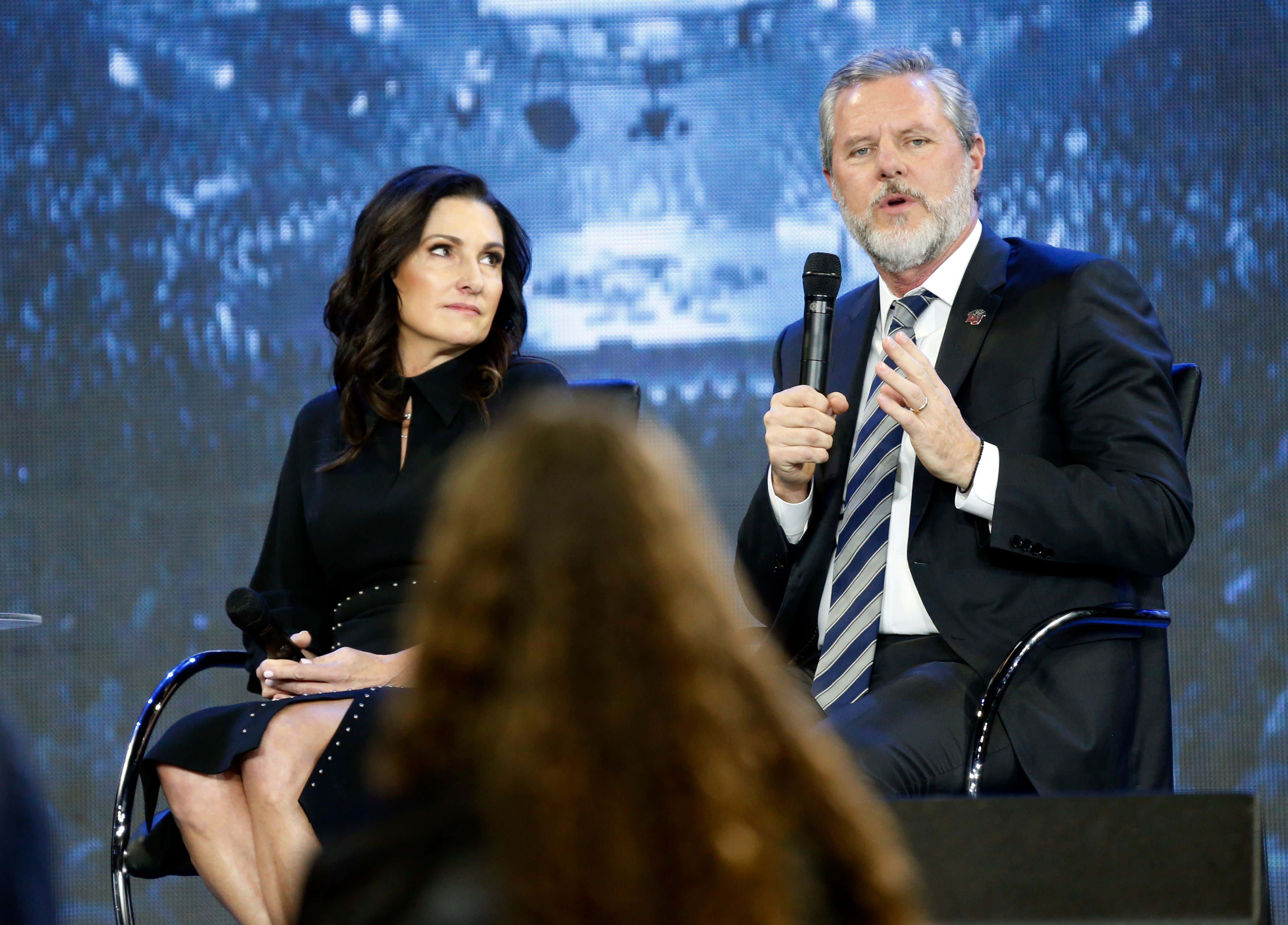 It's been a while since we've heard from the former president of Liberty University Jerry Falwell Jr., his wife Becki, or Giancarlo Granda, the former hotel pool boy who claims Becki started inviting him up to her room for oral sex while her husband sat in the corner and watched. But their madcap (alleged) sexual hijinks were one of the few things that made life worth living during some of the worst parts of 2020:

As a matter of fact, we haven't heard from them since early this year, when Becki proudly announced that she still has the sex tapes.

Well I'm happy to report that the news blackout from these crazy, star-crossed lovers is over. Thanks to the documentary God Forbid, which just dropped and is available on Hulu:

And the film, while not without its flaws, is nevertheless a valuable edition to Cuck Falwell saga. It's not just Granda telling his own story direct-to-camera for the first time, it provides what every worthwhile documentary should: Images. The actual text exchanges between Granda and Becki. Photos of the three of them together. Or just Granda and Jerry. All of which give credence to his story, despite Jerry's repeated denials that he was ever present while his wife was boning a man less than half his age.

People was nice enough to chronicle some of the high points:

Jerry was waiting on a bed with his pants zipped down before Granda's first sexual encounter with Becki, the former pool attendant alleges

"It's a small hotel room, there's two beds, as I walk in, it's just her husband, he's laying on the bed, jeans are unzipped, he's having a drink, kind of giggling to himself because he's excited," Granda recalled. …We had small talk trying to get comfortable with each other, and I told the husband, 'Hey, if you get jealous or you don't like this, and you don't want me here, just let me know and I'll walk out, no problem."

"Oh no, don't worry about it — just go for it. I'm going to sit right here and you guys do your thing," Granda said Jerry replied back. …

Granda claims he and Becki would fall asleep in bed, while Jerry would stay on the couch

"The sleeping arrangement was, I slept on the bed with Becki, and you know, Jerry slept next to the bed," Granda said. "Thinking back, it's kind of strange." …

Granda says he has a recorded FaceTime video of a conversation with Becki that shows her topless. At one point, Jerry appears in the background

"On January 16, 2019, Becki and I, we hop on a Facetime call, and she's drinking white wine, then she starts stripping completely naked," Granda says while sharing a video recording of the alleged call.

"She's walking around the house, she's going from room to room, the places where we had sex," he continues.

Granda allegedly had sex with Becki in her children's bedrooms …

I'll add that Granda also details how in the beginning, it was just he and Becki exchanging oral while Jerry would Hitchhike to the Moon in the corner. But in the span of a few weeks, she began to say how much she loved him, so they all agreed it was time to get their relationship(s) to the next level, and the actual intercourse began. Much of which is confirmed by Granda's sister, whom he confided in. Every step of the way, apparently. Since the next time I mention my sex life to my sister will be the first time ever, I'm not going to comment on how weird that sounds to me. I'll just say that the sister, who was understandably incredulous that her brother was putting on private sex shows for the president of the biggest Evangelical university in the country, is the star of the documentary.

Intertwined with the (alleged) physical expressions of affection among the three, are the stories of their business dealings. How the Falwell's brought Granda in on some of their bigger investments and financial undertakings. How sometimes promises of money were made but not kept. About Jerry's excessive drinking and how he'd sometimes appear drunk at public events and in interviews, despite Liberty being a dry campus. How another group involved with the Falwells threatened Granda with blackmail. And how the Falwells eventually cost him a huge opportunity to put the whole thing behind him and move on with his life.

As a caveat, let me warn you there's a lot of politics in this movie. As in a LOT. The Falwells were big early supporters of Trump's candidacy. And the filmmakers manage to tie pretty much every societal ill in America to that fact. Even including repeated interviews with Tom Arnold, for reasons that are unclear to me. Personally I prefer my documentaries to just tell a story and include as little of the producers' points of view as possible, but whatever. It still doesn't ruin a great story about an ultra-religious, influential power couple committing each of the Seven Deadly Sins, some of them dozens of times over.

God Forbid is Certified Fresh on Thornton Tomatoes [tm]. I just can't wait until Becki makes her own sequel.