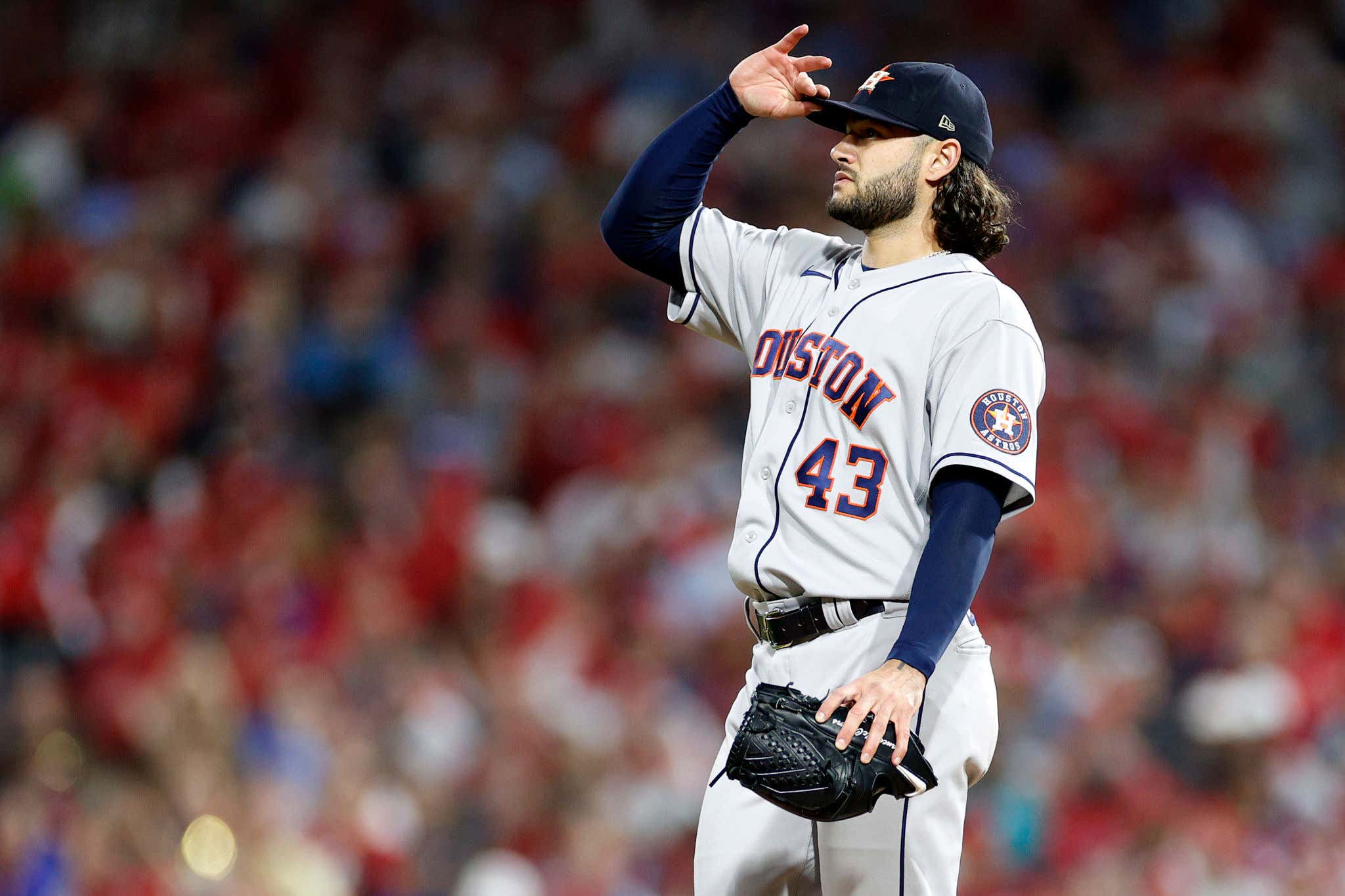 Four of the five homers in Game 3 came via an off-speed pitch that you can watch here via Jordie's blog. As the balls continued to sail out of the Citizens Bank Park many began to wonder if 1) McCullers was tipping his pitches and 2) would Dusty Baker ever pull the guy. Before we get into the tipping pitches part it's worth noting McCullers throws predominately off-speed pitches, whether that be his curve, slider, or changeup. He only throws a cutter or sinker 32% of the time.

His location sucked and if you're strictly sitting off-speed like the Phillies clearly were, you're going to get swings like this one.

Maybe Maldonado was just telling them every time a breaking ball was coming? Again, if the game plan was to sit off-speed and McCullers was off like this you're gonna have a fun time at the plate. That could have been the case along with Philadelphia picking up his tell. We won't know for a while what Harper told Bohm here, but you gotta thing it had something to do with the tells. Or maybe he was just whispering "this guy fucking sucks"

Pretty sick of Bryce to pick that up in just three at bats, hit the bomb, and then tell everyone how to see what's coming. Worth every fucking penny. Completely within the rules of course, no funny business here. If you're careless enough to give away your pitches like that you deserve to get lit up. How no one can see that from the dugout/clubhouse, especially the Houston Astros of all teams, is beyond me.

P.S. All this game did was 1) make me more depressed Brian Cashman didn't think Bryce Harper was a fit for the Yankees 2) make me irrationally angry they didn't jump all over McCullers like this.