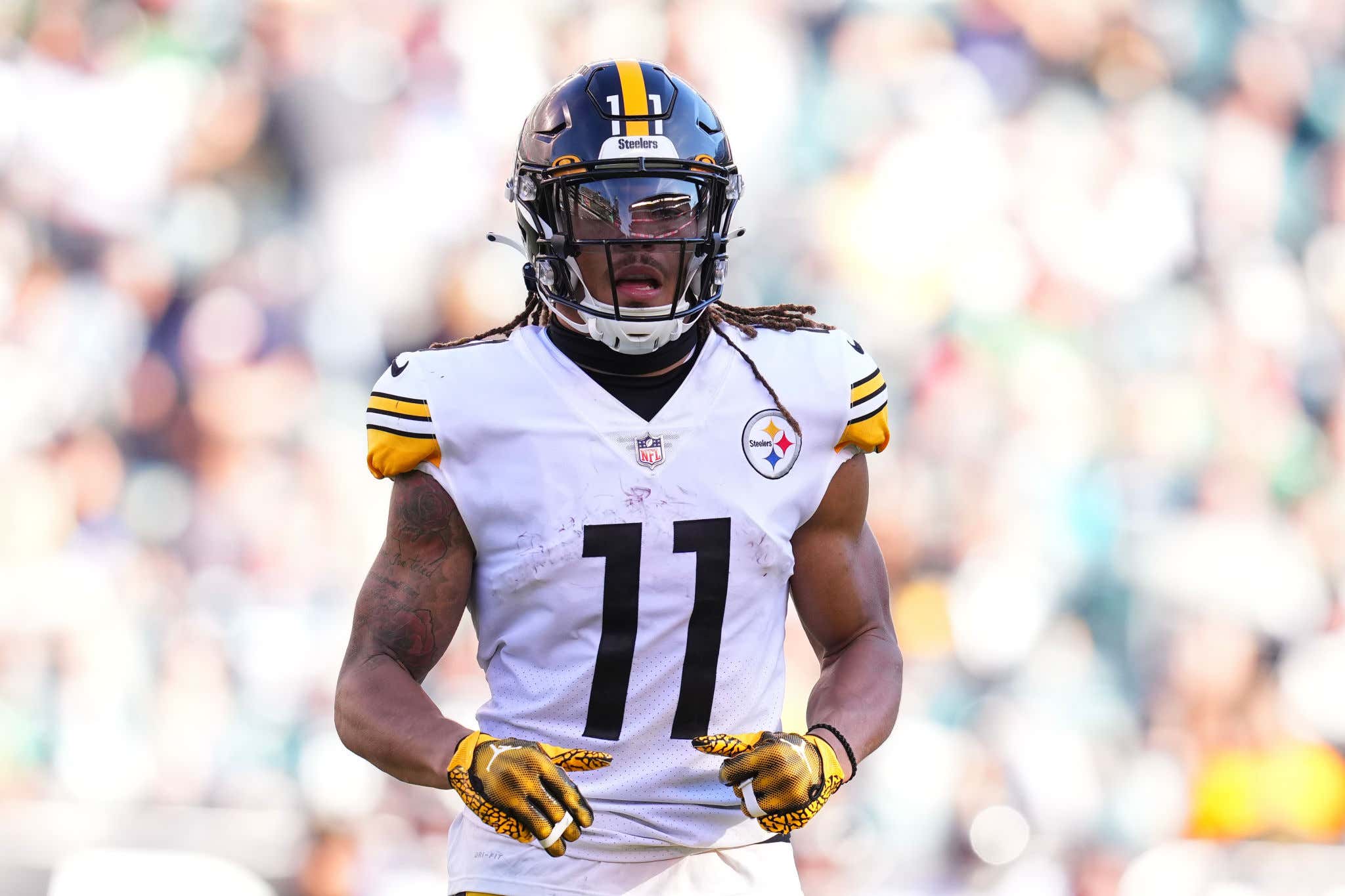 While the Pittsburgh Steelers are known for nailing their draft picks at the wide receiver position in particular, they often acquire guys with — to put it most delicately — mercurial personalities. Dante covered this in a great blog recently in the aftermath of Chase Claypool publicly complaining about a lack of downfield targets.

Claypool is an elite talent. That much isn't in question. He's 6-foot-4, 238 lbs with an insane catch radius, and should be averaging more than 52.4 yards per game for his career. Given the dire state of the offense under play-caller Matt Canada and rookie quarterback Kenny Pickett, Claypool's volatile disposition wasn't going to play too well in an already-tense Steelers locker room. They have Diontae Johnson and rookie George Pickens as wide receivers of the future anyway.

Enter: The Chicago Bears at the trade deadline. They seem like an up-and-coming team whose obvious flaw (I suppose there are multiple but anyway) is a dearth of pass-catching options for young, hopeful franchise QB Justin Fields. Claypool was a second-round draft pick in 2020 and is therefore entering the last season of his rookie contract next year. It's a shitty as fuck 2023 free-agent receiver class as things currently stand.

The stars really aligned here for Chicago, and the writing was on the wall in Pittsburgh. When you factor in the draft compensation, too, the Bears were in as ideal of a position as anyone to take the risk on Claypool and see where the chips fall. They're currently tracking to have over $120 MILLION in salary cap space heading into 2023, so whenever Claypool's extension presumably goes down, they'll have the resources to handle it.

Now, Chicago has a size-speed freak in Claypool to pair with an electrifying playmaker in Darnell Mooney. That should help Fields and the Bears' DFL passing attack a lot — as long as Claypool can keep his head on straight! Pretty significant outstanding stipulation, that. We are talking about a guy who prioritized celebrating a first down over possibly winning a game once upon a time. If I had to make a call now, though, I feel like the change of scenery to the Windy City will be the fresh start Claypool needs to flourish.