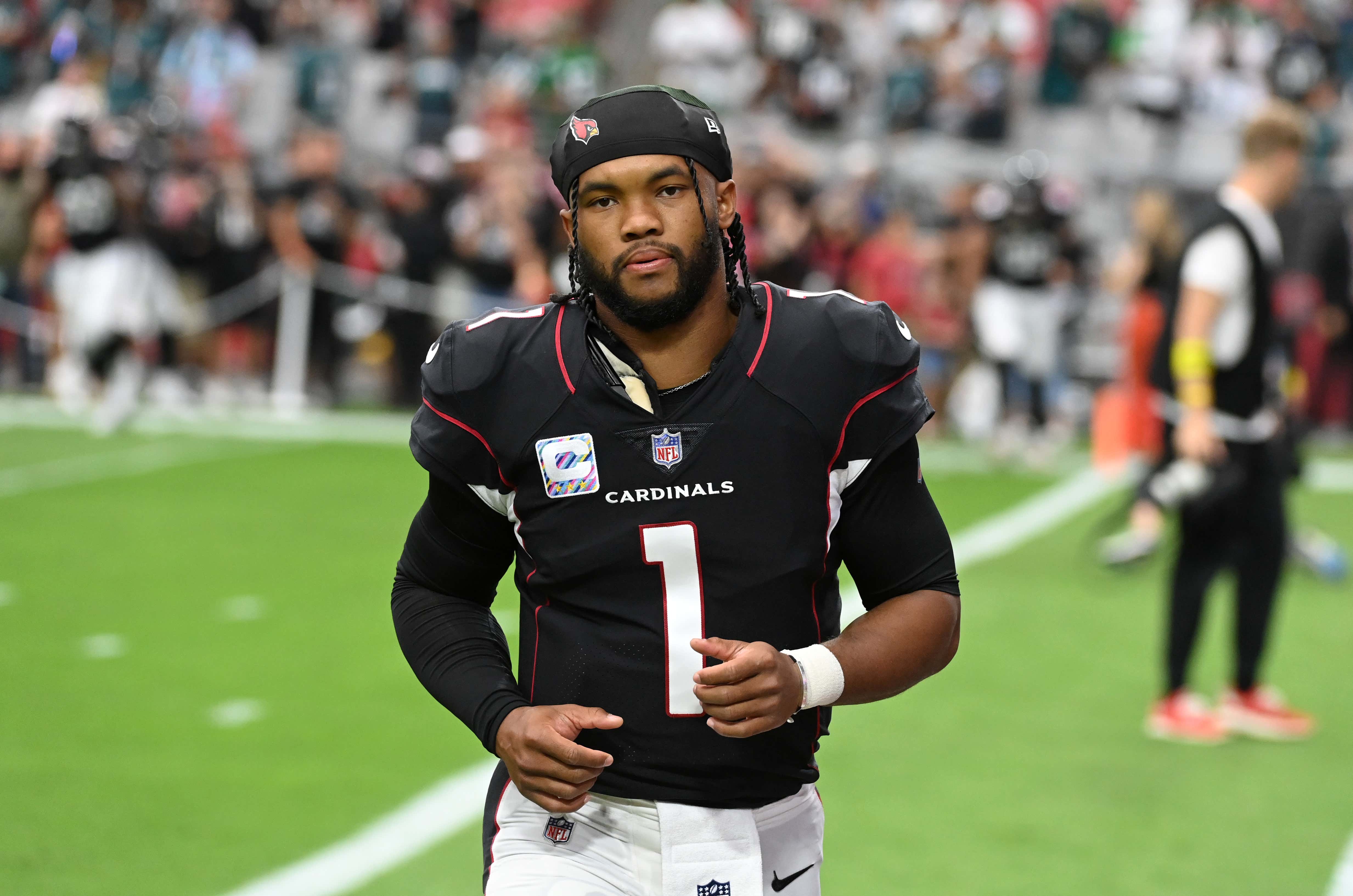 There is a long running joke that the NFL stands for the No Fun League. There was a period of time where any player who showed the slightest bit of enthusiasm would get flagged for 50 yards, and the refs would revoke 7 points from his team.

I'm not sure when exactly that ended, but as of 2022, that could not be further from the truth. Nowadays, teams will clear their entire sideline and perform a choreographed musical in the opponent's end zone after every incomplete pass. It is a delight to watch.

Lately, the celebrations have been getting more personal, and more elaborate. A good celebration in the modern day NFL is ham-fistedly directed at a specific player on the opposing team. A modern day celebration is nothing more than a good ol' fashioned troll.

The main victim of the NFL's new Troll Everyone Policy is none other than Kyler Murray.

Kyler Murray simply cannot stop stacking L's. The Arizona Cardinals' Quarterback has had a rough go of things ever since the details of his contract negotiation were made public in the off-season. Included in Murray's contract was a stipulation that he was required to spend 4 hours a week doing independent film study, without the distraction of television or video games.

Kyler Murray, a known gamer, was dragged through the internet streets by everyone from NFL pundits, to anonymous commenters, to 5-figure salaried bloggers.

Things got worse for Murray in the Cardinals' most recent loss to the Vikings last Sunday. Vikings Cornerback Patrick Peterson mercilessly mocked the 5'8" gamer with a cold-hearted Call of Duty celebration in the end zone after a Vikings interception (or maybe it was a fumble, or turnover on downs, it doesn't matter).

It was a tough scene for the Short King. This is the just the most recent troll in a long line of video game related trolls directed at Kyler Murray. It is safe to assume that any time a video game is mentioned in the same breath as the NFL, that it is a direct shot at Kyler Murray (source: Barstool Sports)

While I scoured the internet, searching for a third example to make my sarcastic point, I discovered something shocking.

I found that Cody Davis, a White Defensive Back (rare) for the New England Patriots (less rare), has concocted the most vicious, complex troll yet. This one has flown under the radar, but after further review, it is abundantly clear that this is shots fired at Kyler Murray.

In Week 3 of the NFL season, Cody Davis was named the NFLPA Community MVP for his work with Cody's Gamers.

Cody Davis from the top rope! According to the article, Cody's Gamers is a charitable initiative that serves to cheer up patients at Boston Children's Hospital and dunk on short-ass Kyler Murray through video games.

Cody Davis shows no mercy. Every week, he openly mocks his Big 12 rival Kyler Murray by playing video games with people even shorter than he is. The best/worst part is, he is doing it in a way that is charitable. He received a humanitarian award from the NFLPA for his sophisticated troll job. There's nothing Kyler Murray can say about that. All he can do is sit back and take the L.

This got me thinking. Kyler Murray needs to do this exact same thing, and call it Kyler's Gamers. First of all, it would be an awesome thing for him to do. The kids would love it. Secondly, it would allow him to play video games in a way that can't possibly be mocked. If he starts Kyler's Gamers tomorrow, the trolling celebrations will stop instantly. You can't troll someone for something that is helping children. Somebody needs to sit down Kyler Murray's team and tell them to do more things like this, and less leaking the embarrassing parts of their meal-ticket's contact.