I've watched this approximately 31 times and can't stop laughing at how badly that poor punter got left out to dry.

This had to have been a broken play right?

You've got two PP's back there in front of this poor kid, who initially looked like they were heading to the flat looking for a pass.

But when they hesitated to turn around, the punter looked like he made the executive decision to run straight into the punt rush as his guys just headed downfield. 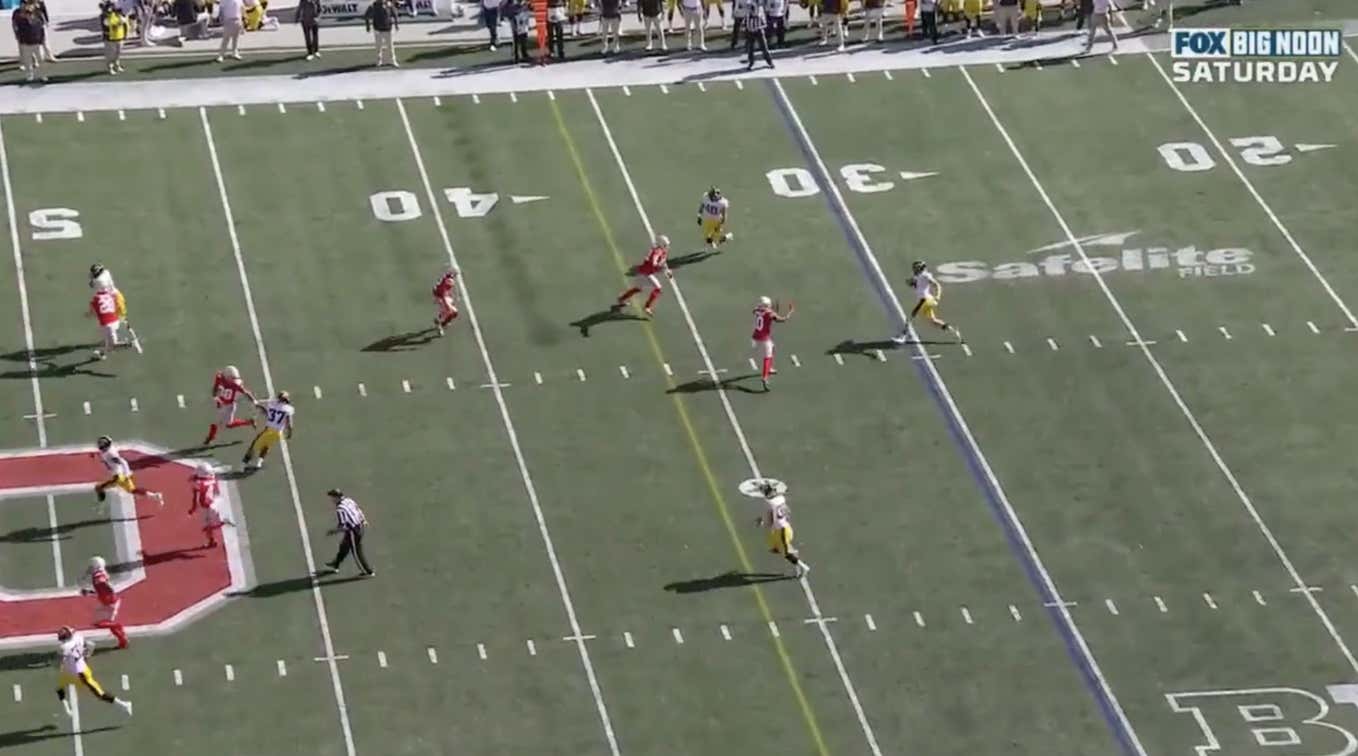 Iowa got throttled in this one, 54-10, and Ohio State looks legit coming into a huge game this weekend at Penn State.

If you wanna accuse me of posting this blog just so I could rattle off a few of these botched plays then go for it. I won't deny it.