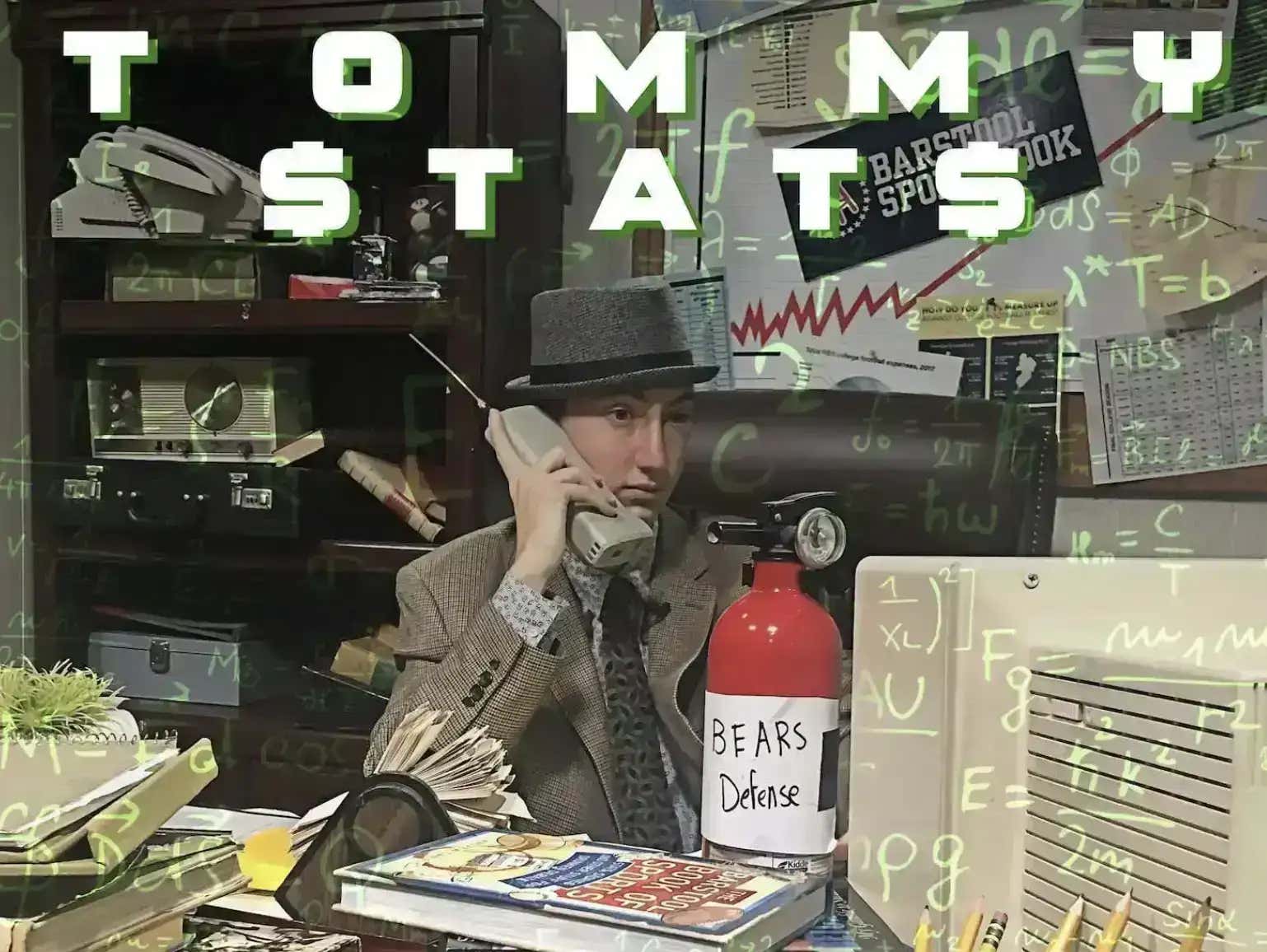 Below is my entire cheat sheet I use for Advisors each week. Lines courtesy of the Barstool Sportsbook at the time of Advisors taping (Wednesday morning). I'll also be keeping track of my record each week. I got off hot but have been cold for awhile now. Need to bounce back with a winning week.

Give Mike Vrabel extra time to prepare for a game, and he will make it worth it. Vrabel off a bye is 4-0 both SU and ATS. They’ve won every game by at least 2 touchdowns. And overall with at least 10 days between games, Vrabel is 8-0 both SU and ATS with an average winning margin of 19 PPG. This should be a close divisional battle, but it's hard to ignore a trend that strong.

The Atlanta Falcons are an insane 6-0 ATS. They would be just the fifth team since 1978 to start a season 7-0 ATS if they cover today. But there's reason to believe they won't. In his career, Joe Burrow is 13-6 ATS against .500 or better teams. Meanwhile, Marcus Mariota is just 11-20-1 ATS following a win in his career. I think the magic streak comes to an end here.

So these stats I compiled were earlier this week when I thought Russel Wilson was playing. The stats were that Russel Wilson is 5-12 ATS in his last 17 games as a favorite. He’s 2-8 ATS on short rest in his last 10, averaging just 18.5 PPG in the last 8. Obviously, those mean nothing now with him out for the game. But I still like the Jets here. Zach Wilson is 6-1 ATS in his last 7 overall games and they are clearly a much improved team.

Jimmy G is the most profitable underdog quarterback in the league. In his career, he's 16-4 ATS as an underdog. And he’s an even better 12-1 ATS as a dog when the total is 50 or lower. Everyone is going to be on the Chiefs thinking they can't possibly lose back to back games. Fade the public and ride the trends.

Tua is back which is great news for the Dolphins. He's 10-3 ATS when playing at home in his young career. They're a different team with him under center. Meanwhile, Mike Tomlin and the Steelers have really struggled in primetime games recently, covering just 4 of their last 15 in that spot.