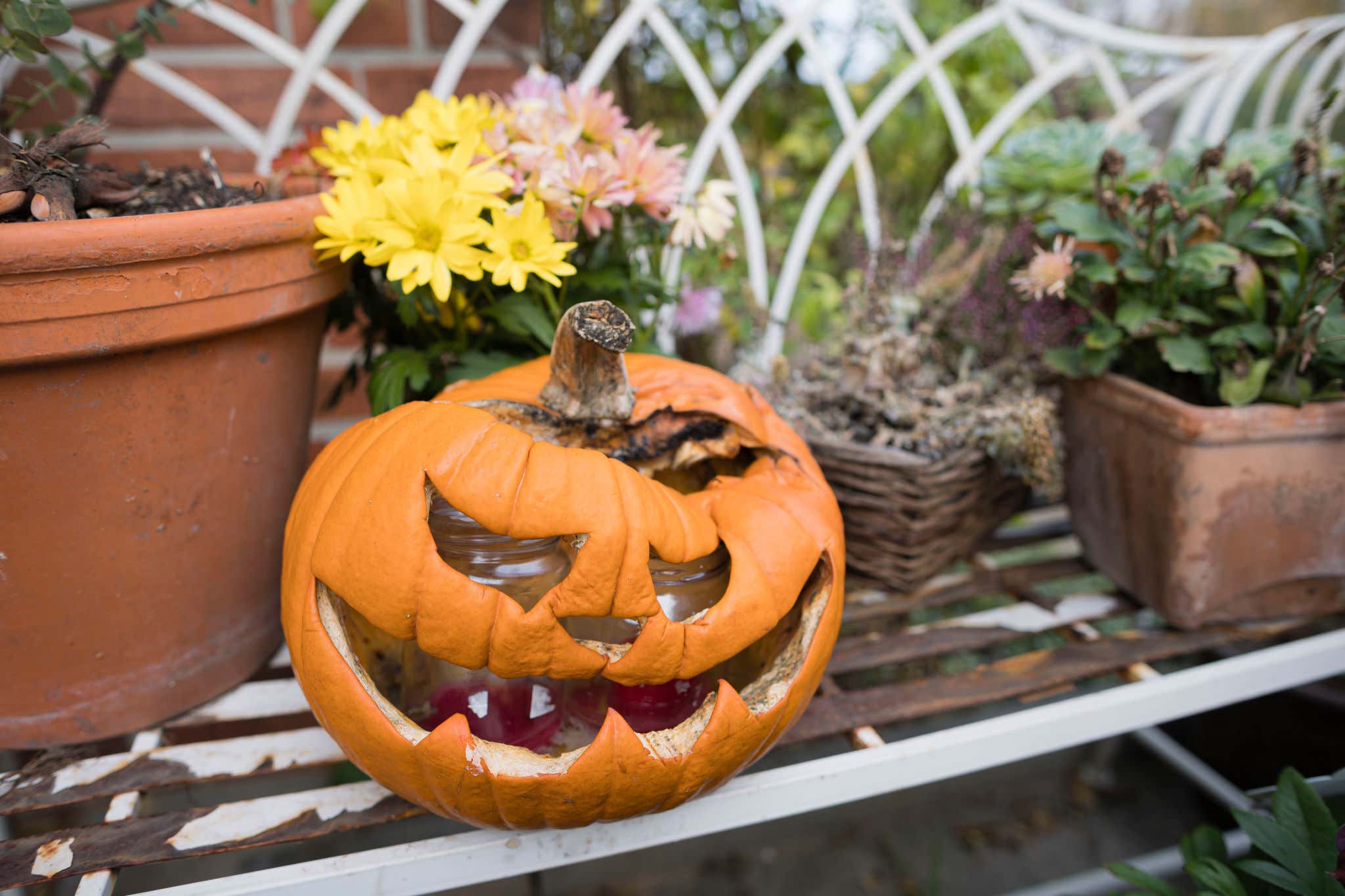 Border patrol officials found Tuesday what the agency said was $400,000 worth of methamphetamine hidden inside pumpkins at the U.S-Mexico border in Texas, according to U.S. Customs and Border Protection.

The discovery was made at the Eagle Pass Port of Entry across from Piedras Negras when an SUV coming from Mexico was referred for further inspection, CBP said.

CBP said 136 condoms were filled with 44 pounds of liquid methamphetamine and hidden inside four pumpkins. A photo released by the agency appeared to show items packed into a hollowed out squash. It characterized them as Halloween decorations.

Credit these mules for getting into the holiday spirit of Halloween SZN, and for having the delicate dexterity to move hundreds of thousands of dollars worth of liquid methamphetamine into 136 individual condoms in the first place. My hands would be shaking like crazy. Who knows what powerful affiliated cartels and scary-ass clients you're dealing with. Don't want to even be an ounce off on your inventory.  I wonder how much was spilled in total? You gotta trust those rubbers, too…don't want any of that shit leaking out. I wonder what brand they used.

It's impressive, too, that 136 filled-up condoms could fit into only four pumpkins that, upon reviewing the photos, didn't look like the biggest you could pick out at the patch. I suppose you have to be careful about selecting the sizes of the 'kins when you're hauling that much dope around. Too big and they draw too much attention. Too small and you can't fit it all in.

Turns out, this area isn't the only big arrest that's been made of this variety at this port of entry. According to the NBC News report, the U.S. Customs and Border Protection had another bust of approximately $338K in meth earlier this month. We're talking 36 pounds of meth in this case.

My favorite part of this whole story is the official quote from acting Eagle Pass port director Elizabeth Garduno, describing the tactics these smugglers deployed, via CBP.gov:

"Our frontline CBP officers have seen just about everything and this Tuesday was no exception as they encountered liquid methamphetamine hidden within pumpkins. They utilized their training, experience, interviewing skills and uncovered a rather novel narcotics smuggling method in the process.”