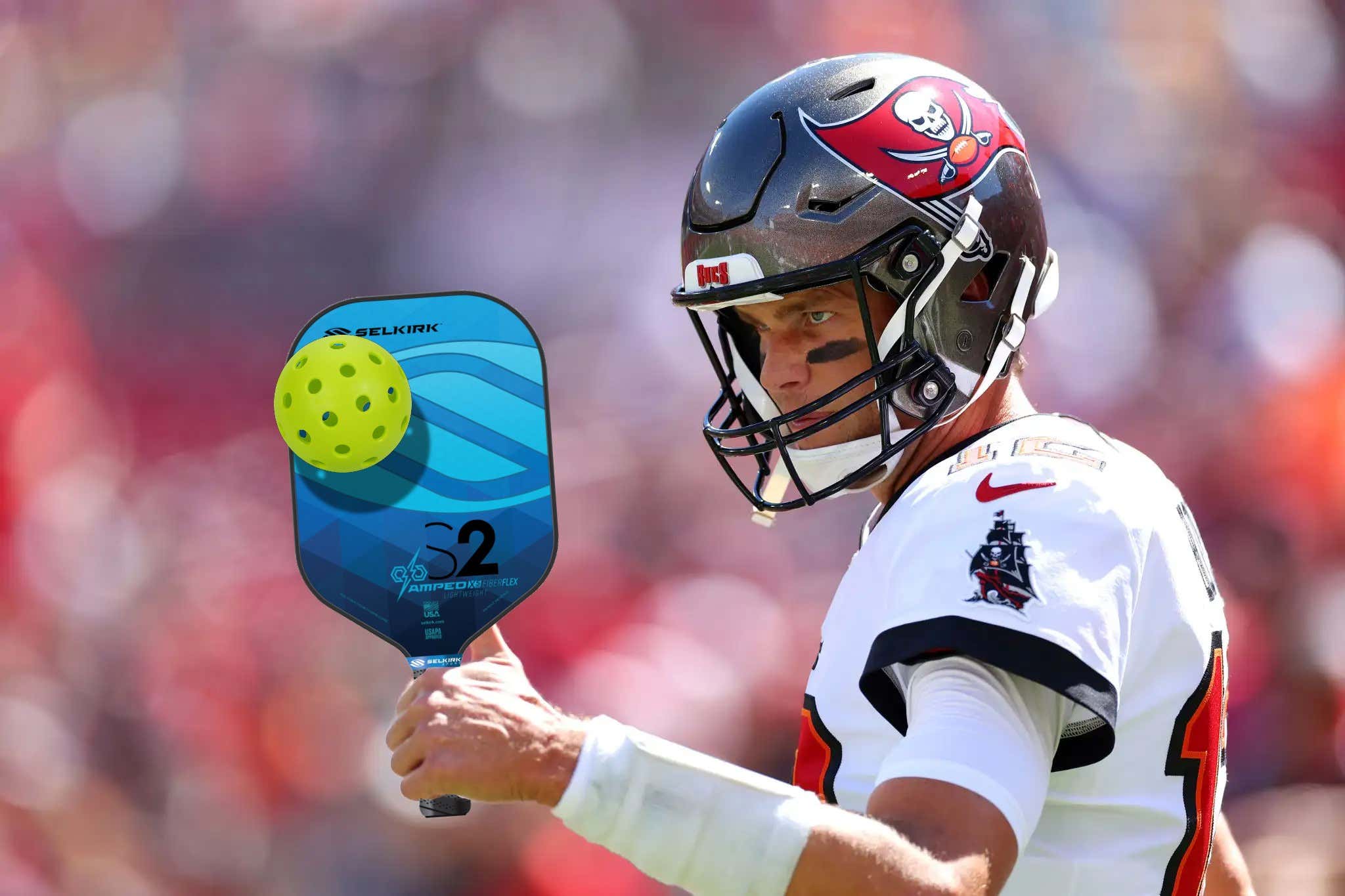 Tom Brady is a competitor. The man is quite literally addicted to it. Unfortunately football doesn't give him that thrill anymore. He's played in the NFL for over 20 years, has 7 Super Bowl rings, pretty much every record you could think about, and somehow he's still leading his team to the top of his division. It's too easy for him at this point. Especially when guys aren't even allowed to breath on him too heavily or else they'll get flagged for 15 yards.

So it's time for Tom to move on to something that will actually be difficult for him for a change. What could that possibly be? Well I'll tell ya--the sport of the future.

In just the past few months Major League Pickleball has picked up expansion team owners that include LeBron James, Draymond Green, Drew Brees, and Kevin Love. But unlike the rest of those guys, I can't exactly see Tom Brady just sitting back and owning a team. Not only is this man addicted to competition, but he's also soon to be divorced. Think about how much free time he's going to have to get absolutely nasty at pickleball. Does this sound like a man who isn't going to beat the brakes off of every pickleball player in the Tampa area over the next few months in preparation to play in the upcoming MLP season?

Yeah, I didn't think so either. He'll be the first owner/player in pickleball history, will rack up 5 or 6 MLP championships, and then move on to something new in 20 years when he's 70 years old and somehow keeps aging in reverse. Hopefully it'll be lacrosse by then.