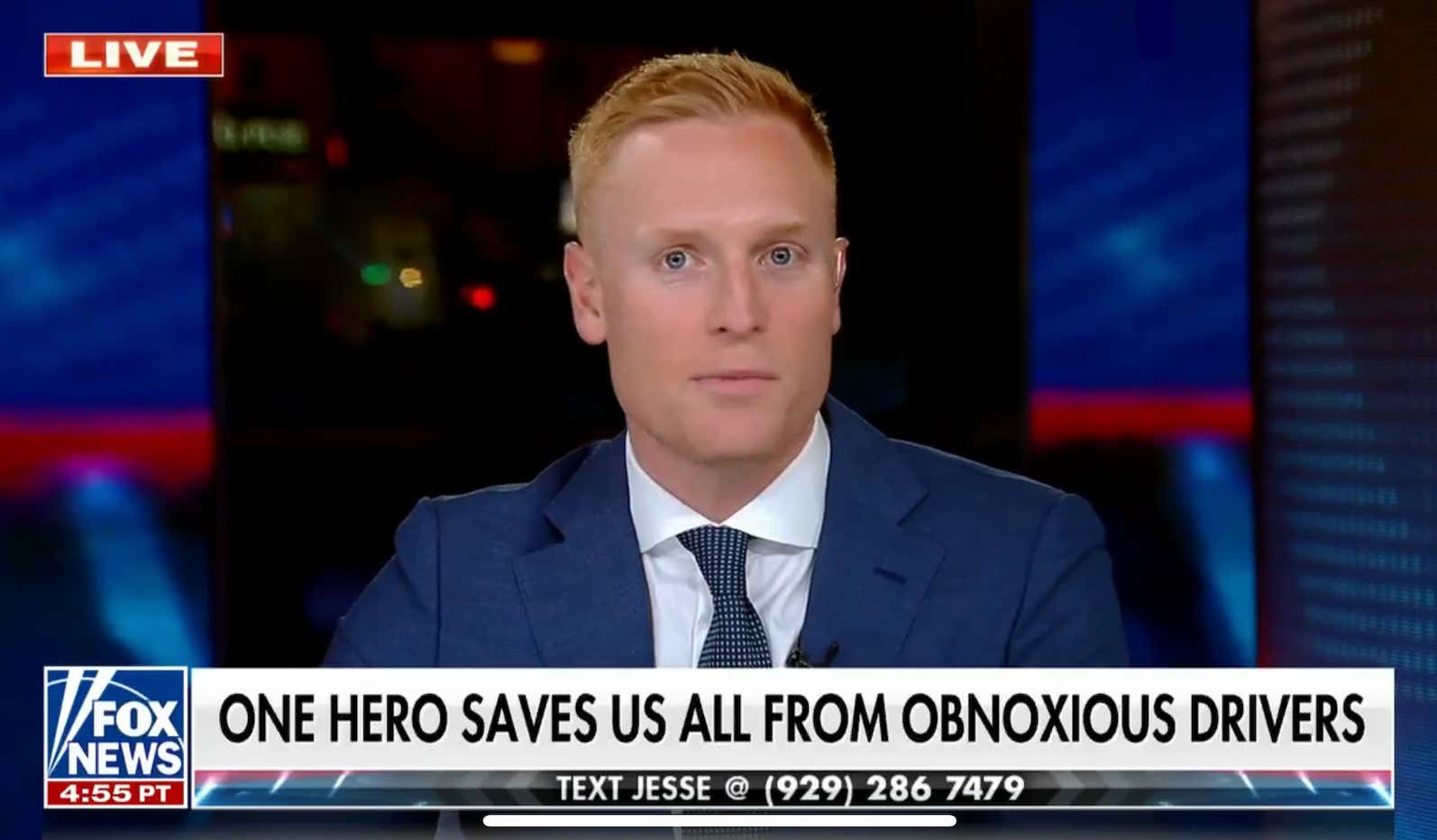 In case you missed it, or if you're a dirty, treasonous, godless, child-eating Democrat, I made an appearance on Fox News last night. Jesse Watters of Jesse Watters Primetime decided to feature a local hero who—despite today's broken system (we did it, Joe!), despite the New York subways resembling a Gears of War hellscape, despite our Swiss cheese borders turning Martha's Vineyard into the DMV—stands fast in the face of our corroding society for the very values we once held dear.

Noticeably not watching? My late parents, who—while technically alive—have been dead to me since they allowed Fauci's goblins to microchip their shoulders.

A subtle hat tip from a man I'd let adopt me without any paperwork. Truly one of the best moments of my entire life. That smirk from Dave says it all. Here's the blog I wrote about it back then.

You'd have to say I've come a long way in terms of television appearances. The only other time I've been featured on a live news program was with Chaps, on local news, in Jacksonville. That went poorly…

Don't drive on the shoulder, people. As I said on Fox News' Jesse Watters Primetime in front of an adoring audience of millions, the highway is my Korengal Valley. And those who cut traffic on the shoulder are Al Qaeda.

Don't be Al Qaeda. Be America.