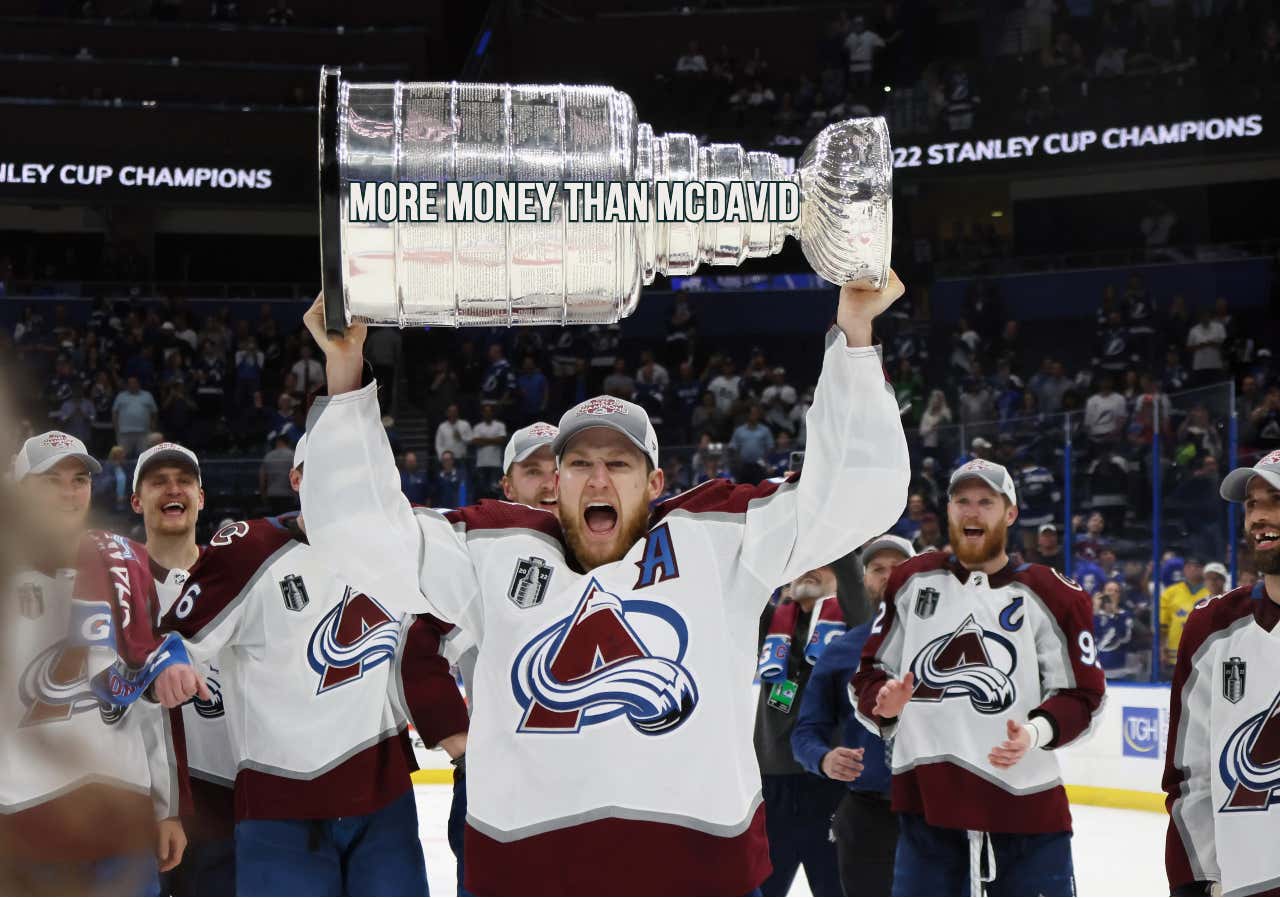 The reports were coming out of Colorado last week that the Nate Dogg was close to signing his next big ticket with the Avalanche. Nathan MacKinnon has spent the previous few seasons as the most underpaid player in the league after he signed a 7-year deal worth $6.3M AAV back in the summer of 2016. Since then he's been a Hart Trophy finalist multiple times, and just led the Avalanche to winning their first Cup since the Sakic/Forsberg/Roy era this past summer. Obviously MacKinnon was in for a big pay day, and I thought he'd try to get a number like $12.9M AAV just to be superstitious about putting the number 29 in the contract.

He didn't quite get to that number, but Nathan MacKinnon will still be the highest paid player in the league for the 2023-24 season.

Now I've mentioned this before--I know that MacKinnon didn't love being labeled as the most "underpaid player in the league". But he also doesn't seem like a guy who will necessarily love having the label as the highest paid player in the league, either. Which makes this contract the perfect number for him. Because the salary cap is going to keep climbing up, especially for the 2024 season. That just happens to be the year that Auston Matthews would hit free agency, if he choses not to sign an extension in Toronto. If you get Auston Matthews in free agency in the summer of 2024, whatever number he signs for on that next contract is going to look like MacKinnon just got signed off the clearance rack. So he'll have one full season of being the highest paid player in the league when this contract kicks in for the 2023-24 season, but then that'll be Auston Matthews the next year.

All in all, great signing for Colorado and great signing for MacKinnon. Who knows where the salary cap will be once we get a few years into that contract, but I have to imagine the contract will keep looking better as the years go on. He's still just 27-years-old. With the way he handles his body during the season, he should have at least 6 more years of being an elite player in the league and should still be a really good player by the end of this deal. He gets his money, and now the Avs can just focus on running it back this season. Everybody wins. Especially his agent.