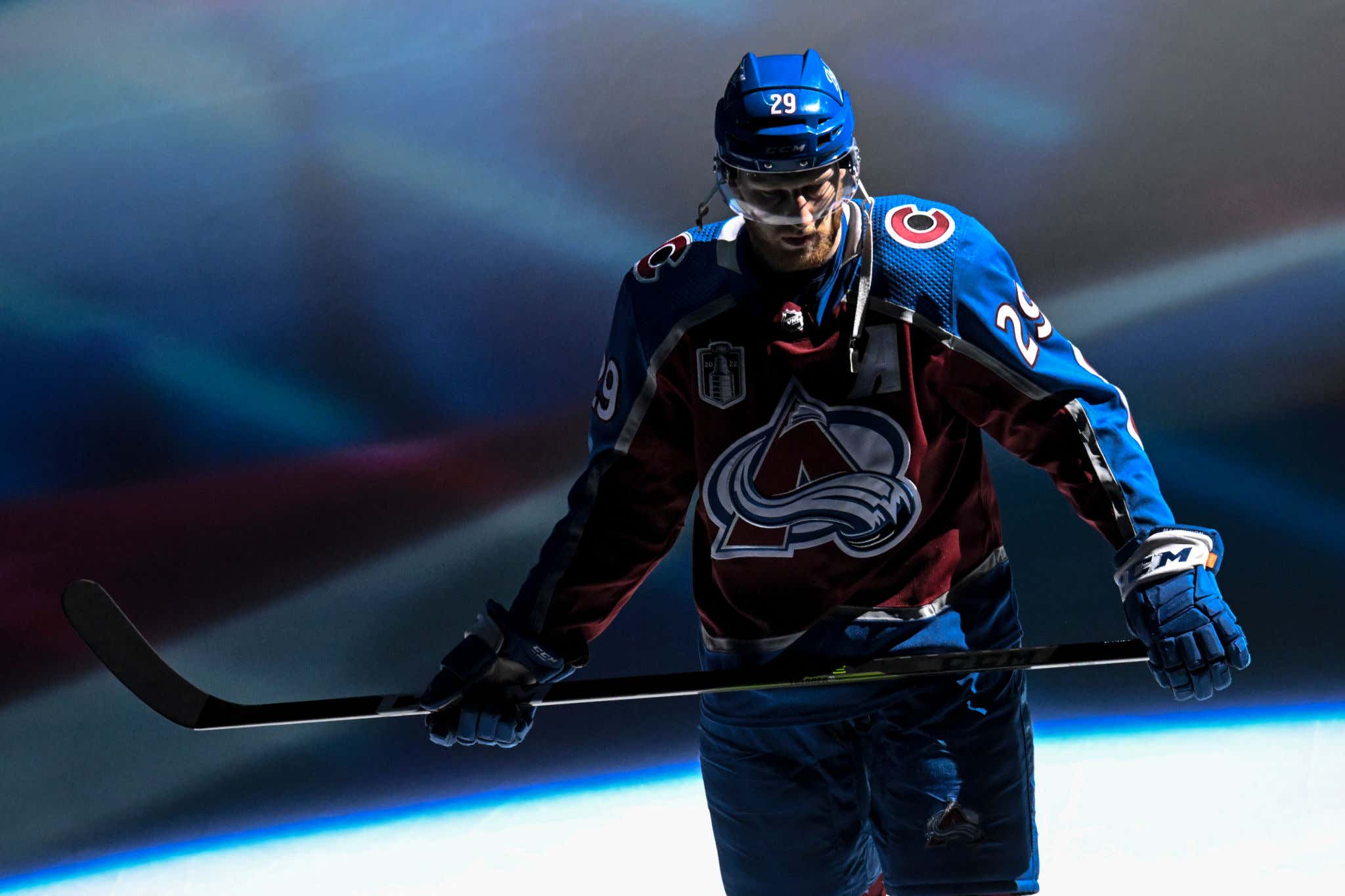 Life has to be pretty sweet right now if you're Nathan MacKinnon. Not only are you a Stanley Cup champion, but the entire reason your team won in the first place is because you were cool enough to be wildly underpaid on your current contract and allow the Avs to build a wagon around you.

The Nate Dogg has been the most underpaid player in the league for years now. Granted, he signed his contract before guys like McDavid and Matthews came around changing the game and signing the biggest tickets in the league straight off of their ELC. But even still, $6.3M AAV was a steal for MacKinnon in 2016 since you knew what was on the horizon. It's pretty much like instead of taking a massive contract right out of the gates, MacKinnon kept putting a few million dollar investments into the team every season. A few 90+ point seasons later and bringing the Cup back to Colorado? Well it's time for the Avs to pay up on the return.

MacKinnon has already said that he wants to be an Av for life, so he's not in a rush to get this deal done. But John Tavares also said that he wanted to spend his entire career with the Islanders and look at how that one worked out. If I were Colorado, I'd want this contract signed by yesterday. And not necessarily because I could see MacKinnon potentially testing out free agency next summer if a deal doesn't get done before the start of the season. But mainly because the longer they wait, the more they're going to have to pay him. The ESPN/TNT broadcast deals, the advertisements on the uniforms, reports that the salary cap is already going to get a significant boost after the 2023-24 season. You're going to have to pay Nathan MacKinnon a shit ton of money right now, but it is going to be so much less than you'd have to pay once the league gets a better idea of how high the salary cap will jump in a couple seasons.

If I had to take a wild guess on the number, I'm saying that he ends up doing that "I'm annoyingly superstitious about my number" thing that every hockey player loves to do after Sidney Crosby and will sign for $12.9M AAV since it has 29 in there. That seems like a fair number to me. It will make MacKinnon the highest paid player in the league once that contract kicks in for the 2023-24 season. Not by much. Still just under half a million less than McDavid. But then right at the end of that season, Auston Matthews will be a free agent and he'll sign for way more. I don't see MacKinnon being a guy who will love having the label as the highest paid player in the league, just as he doesn't love the label of the most underpaid. I'm sure he won't hate being the highest paid player in the league, either, since it's hard to be upset with getting paid a shit ton of money. But having Matthews come around and take over that label the next summer will take all that heat off of him.

Either way, Nathan MacKinnon is FEELING it right now. Buddy is a Stanley Cup champ, he knows he's about to be filthy rich, and we've got a Cocky Nate on our hands now.

The Dogg is going to be dangerous.