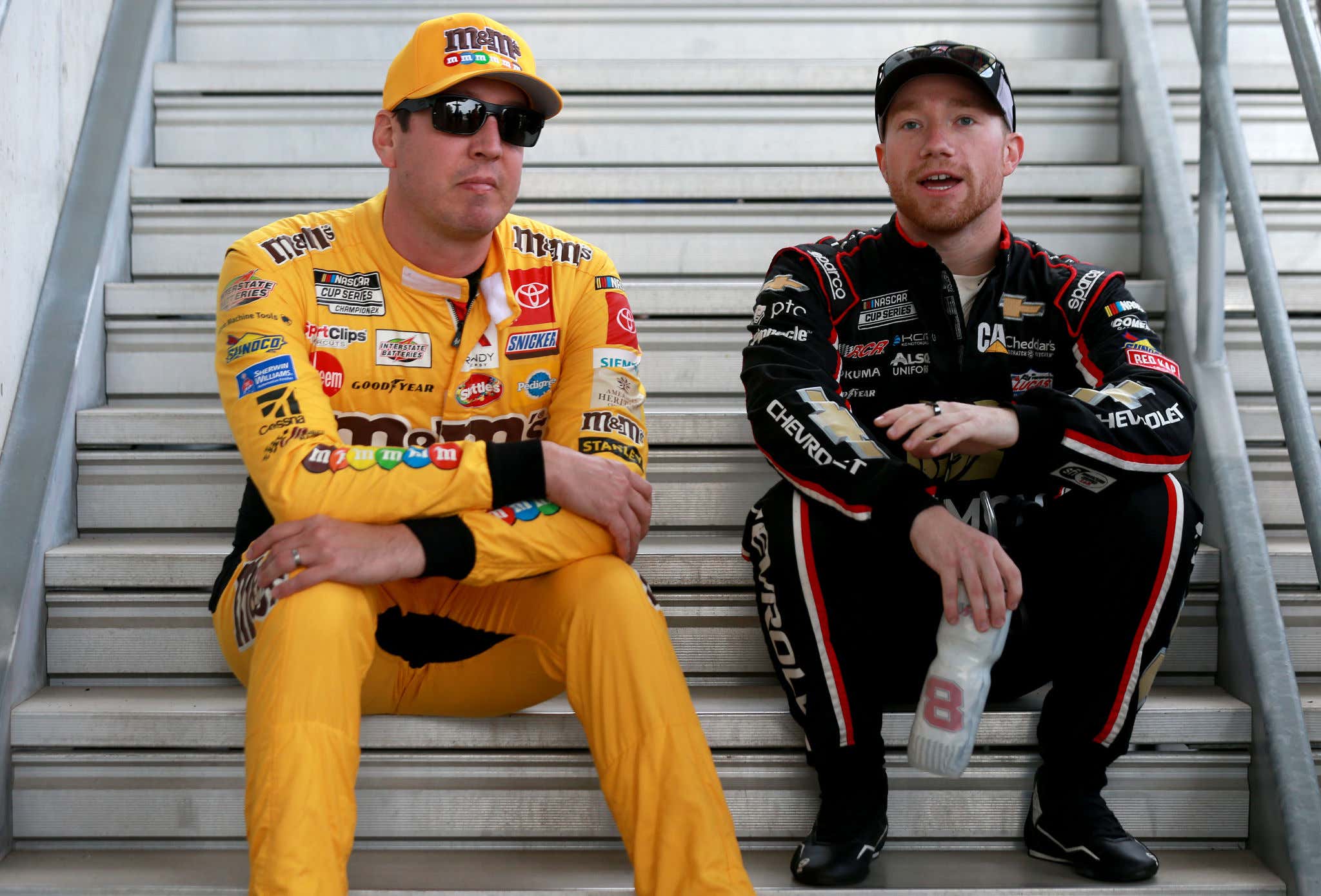 ICYMI Kyle Busch announced what I had been reporting since late July. The 2 time NASCAR Cup Champion, wearing a ring on each middle finger, confirmed that he would be driving the #8 Chevrolet in 2023.

Kyle will join a team owned by Richard Childress, grandfather of Austin Dillon and a man he formerly brawled with in this iconic 2011 incident.

A lot has changed since then however, and with Tyler Reddick's decision to join 23XI and Toyota earlier this year, it's clear Childress was willing to do whatever it took to get back at Toyota and keep his team in contention.

While today's announcement was old news (credit me) there are a few interesting takeaways:

- This was Austin Dillon's idea

Despite Richard Childress' ability to let go of his grudge with Kyle Busch, it appears the same can't be said for his feelings toward Tyler Reddick. With many thinking that Reddick could head to 23XI a year early, it seems there are no plans for that to happen. Instead, Childress has opted to retain Reddick, and will have him fulfill the final year of his contract in another car. To make it worse, he was allegedly told about all this 1 hour before Kyle's announcement this morning.

Is this payback for Reddick's decision to switch teams? RC will keep him around, probably running the worst of 3 cars, only to rebrand and change numbers, before doing so again once joining 23XI in 2024.

But then again, in RCR's defense, why let Reddick walk? Toyota is already taking a great piece from their team and the field of Chevys. Why buyout only so he can compete against you earlier? Pending they don't give him a complete shitbox, I'm excited by the potential three headed dragon that is RCR in 2023.

My biggest takeaway from today however was that Austin Dillon was the one who orchestrated this all. Many are quick to take shots at the guy, who has made the playoffs 5 times in his career, won this season, and now won over the biggest free agent in NASCAR.

Seems like Austin is a loyal guy, and he and his grandfather both want what's best for the team. I love him citing the opportunity KB once gave him. It's awesome see this come full circle with today's announcement and it's about time NASCAR fans start putting some respect on his name.

I speak for myself when I say this feels like a perfect fit. Admittedly, I thought it would've been cool to see Kyle in the 3 car, but I almost think Kyle respects the fact that RC reserved the 3 car for family. Could Kyle want to "reserve" the 8 car for his own family? He's been vocal about how this decision would also impact his son Brexton's future Cup career and it's easy to see how RCR's philosophy could mirror his own.

Furthermore, the brawl between RC and KB is just a testament to the competitiveness they both share. At the end of the day that's just racing and proof that they'll both stop at nothing to win. Kyle's always been the "bad boy of NASCAR" and RCR knows first hand what they're getting. Hopefully they lean into that and encourage KB to be himself. I think we could see Rowdy return to his old self now the contractual headaches are no longer. For those reasons, along with the fact that Kyle will race for a team that wants lasting success for him, I feel like it's a match made in heaven and I can't wait to watch.