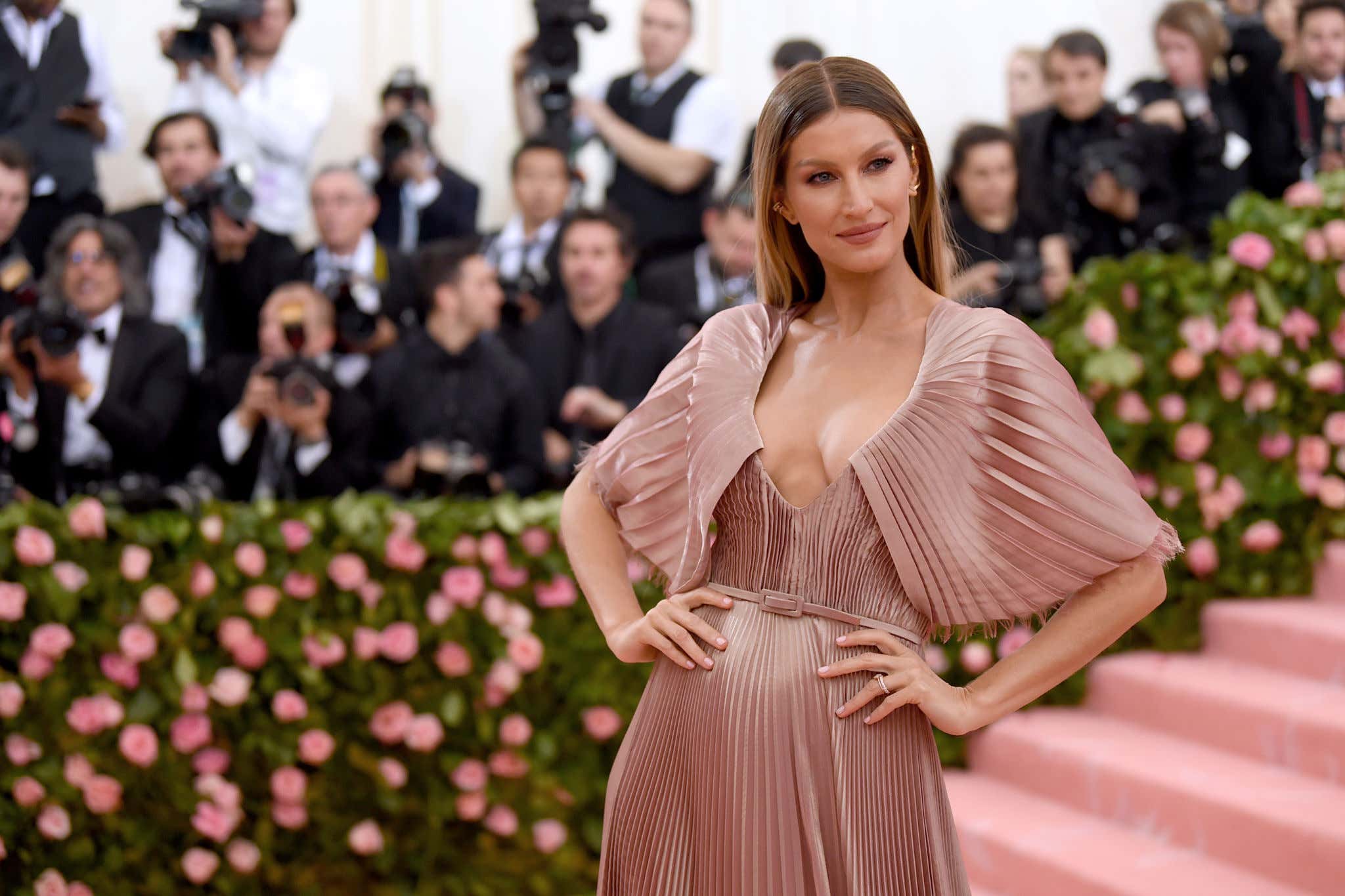 You might have thought the whole 2022 Tom Brady-Gisele saga was beginning to play itself out. After half a year of retirement, unretirement, training camp, a major tampering scandal, an unexplained leave of absence from training camp, rumors of "an epic fight" over the unretirement, reports of them living separate lives, and now Brady sounding like he's on his career farewell tour:

… that's understandable. I mean, how much more drama can there be? There's actual football being played, after all. The fates of multi-billion dollar franchises are riding on Brady's well-being and focus on his job. So you've got to prioritize. You've got to set aside your disagreements for a while and focus on the task at hand.

Which is precisely what Gisele is NOT concerning herself with at the moment. Instead, she's taken the Tuesday after her husband's first game back from his short-lived post-football life and she is carpet bombing his career with her own professional needs:

Daily Mail - Gisele Bündchen says it's 'her turn' to re-start her modeling career and chided NFL star husband Tom Brady's decision to retirement U-turn by declaring: 'I would like him to be more present.'

Speaking to Elle magazine as rumors swirl her marriage is on the rocks, Gisele said: 'I feel very fulfilled, as a mother and as a wife. And now it’s going to be my turn.'

Insiders previously revealed that they have not yet patched up the rocky relationship, and ‘could be heading’ towards a divorce.

The stunning blonde also said she feels that she has been depicted as ‘desperate’ for her husband to retire, and went on to insist that his career success makes her happy. …

Giselle added: ‘I’ve done my part, which is [to] be there for [Tom]. I moved to Boston, and I focused on creating a cocoon and a loving environment for my children to grow up in and to be there supporting him and his dreams. …

‘At this point in my life, I feel like I’ve done a good job on that. I have a huge list of things that I have to do, that I want to do. At 42, I feel more connected with my purpose.’

I don't see how anyone can blame Gisele. To stick with The Office theme, it would be one thing if her job was making Serenity by Gisele candles. If she was demanding her spouse leave some lucrative, satisfying career that makes the family rich, just so that she'd have more time to spend in her She Shed making crafts to sell on Etsy, no one would support that level of narcissism.

But this isn't some bored mom looking for a side hustle. There was once a fashion empire, and she was its Empress. She was the last true Supermodel. She wasn't merely famous, she was world famous. No Last Name Necessary-level famous. Utter her one name in any corner of the far reaches of the globe, and no one would ask of whom you speak. She united the world, as people of all languages, cultures, races and religions had pleasured themselves to her iconic image. As the world watched, she strode alone across Olympic Stadium during the opening ceremonies in Rio. And there was not a soul watching who questioned why.

And yet, she walked away from that life. Turned her back on the fame, the fortune, the adulation. In support of her husband. To combine his supernatural talent and her perfect bone structure to create superhuman children. Then to care for them. That was her packing their lunch bags with superfoods and putting them on the school bus. Her taking them to soccer practices and dance recitals and making sure their homework was done before putting them to bed. While her husband was doing commercials for expensive watches, getting grabassed by Jim Gray, and launching a Pliability Fitness franchise, she was changing diapers, wiping noses and washing baby puke out of her $14,000 Dolce Gabbana blouses.

So you're damned right she's justified in saying, "Now it's my turn." She hasn't kept it this tight all these years, found time to work out and kept eating right just to waste it all at home playing Mom. Not any more.

Frankly, I don't think this bodes well for the Buccaneers season. It's one thing to have a quarterback who's completely invested. But good luck trying to install a package of constraint plays to counter defenses who've picked up on your offensive tendencies when he's not at your full disposal any more. Now the Bucs will have to compete with parent-teacher conferences, kids' sports, arguments over how the kids are sick of kale shakes for breakfast and why they can't have a sleepover the night before a game. And don't get me started on trying to do homework these days.

But hey, that's Tampa's problem. And Tom's. Gisele has been jumping on those grenades through seven championships. And seven is her limit. You can't blame her for that. And the Buccaneers loss will be the fashion world's gain.