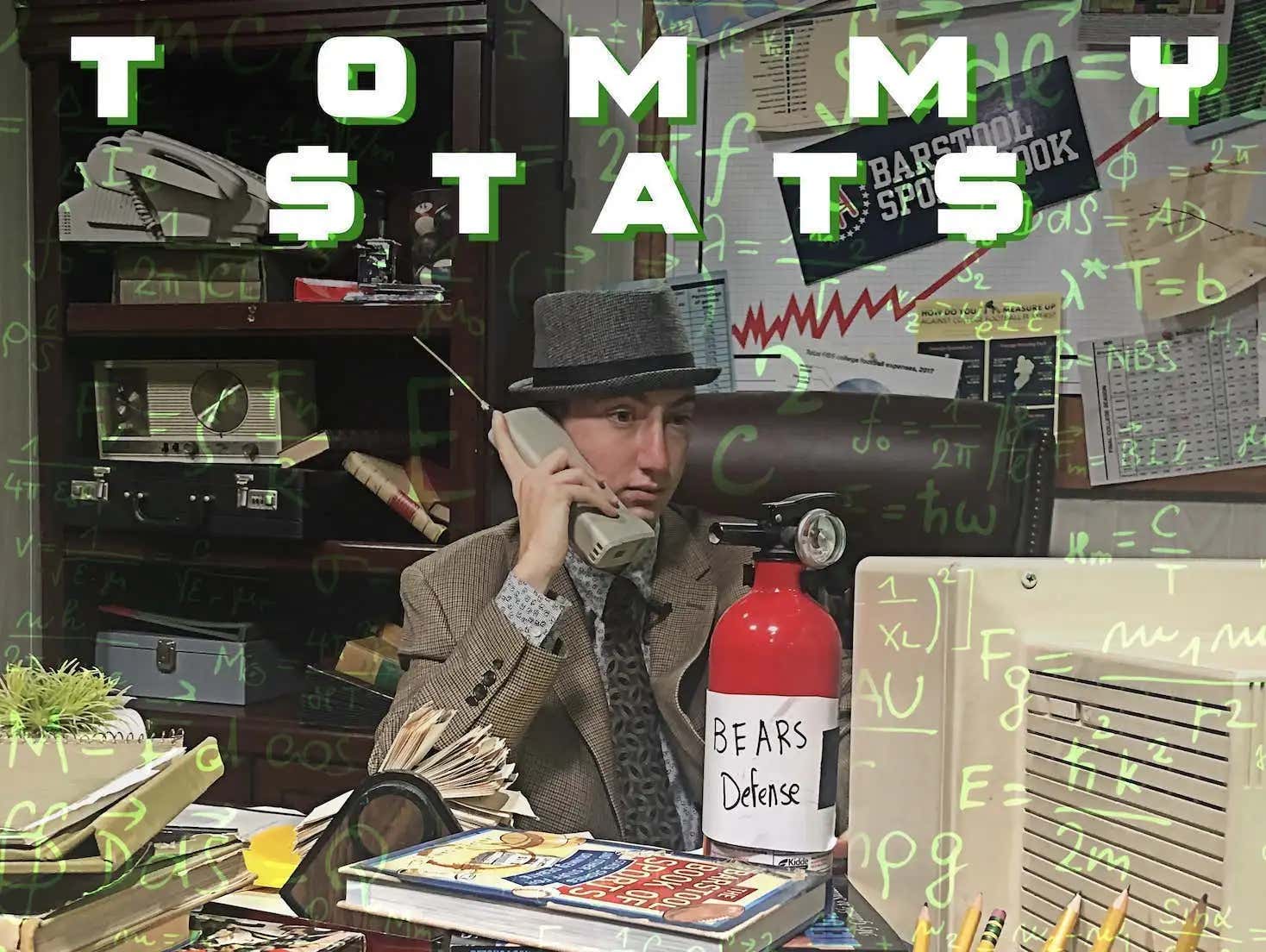 Football is finally back and so is the Stats Lab.

Below is my entire cheat sheet I use for Advisors each week. Lines courtesy of the Barstool Sportsbook, subject to change from the time I compiled this. I'll also be giving a pick or two for each game based on what the stats say and keeping track of my year long record. Let's get into it. 2021 records included for each team.

Mike McDaniel will be coaching his first career game for the Dolphins. His opponent? The greatest coach of all time. Not a great draw because Bill Belichick absolutely dominates rookie head coaches. Since 2010, he's 25-4 against first year coaches. And it's not like that's a Tom Brady stat. Because with Mac Jones last year, the Patriots still were 5-0 against rookie head coaches, winning by an average of 18 PPG (4-1 ATS).

There's a lot of reasons to like the under in this game. First of all, the under is 6-2 in these teams last 8 matchups in Minnesota. The Packers offense has also been starting the season slow lately. They average just 19 PPG over their last 5 season openers. And when you also consider that Aaron Rodgers lost DaVante Adams and has nobody to throw to, the under makes even more sense.

But honestly, as long as the Packers don't win this game by exactly 1 point then I don't care what happens in this game.

Early season games for the Chiefs usually means points, points, and more points. The over is 7-0 in the Chiefs last 7 Week 1 games with an average of 61 PPG. And in Patrick Mahomes 13 career September games, there have been only 2 games with less than 54 points.

This matchup was an absolute doozy to close out last year's regular season. The Raiders covered that game as an underdog last year, and there's reason to believe they can do that same thing again here. It's usually a good bet to take the points when these two teams face off. The underdog is 19-7 is their last 26 meetings. And Derek Carr is accustomed to hot starts. He's 6-2 ATS in Week 1 for his career.

It's pretty rare to see the Cowboys as a home dog. And it's even more rare for the Cowboys to not cover as a home dog. Dallas has covered 7 straight games when getting points at home. And there's plenty of reason to believe the Bucs may start the season slow. Their offensive line is banged up and nobody knows what's going on with Tom Brady. He missed 11 days of practice, looks weird, and people think he's having marital problems. The stats AND the narratives say to take Dallas.