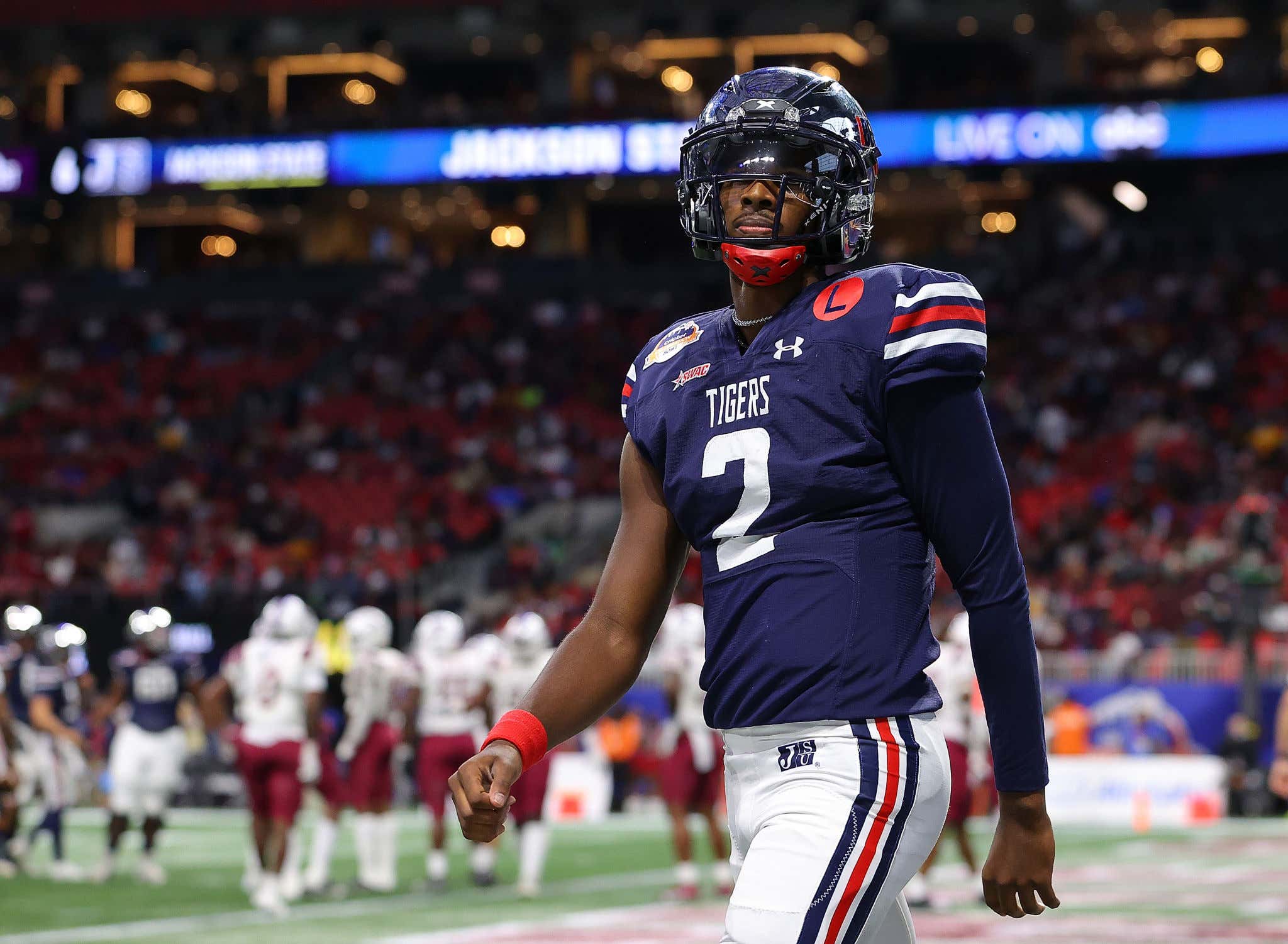 As impressive as Shedeur Sanders was as a true freshman last season, it's already evident he's elevated his game to another level for the 2022 campaign. A 59-3 Orange Blossom Classic rout of Florida A&M — who Jackson State barely beat 7-6 last year to kick off the season — shows how far Deion Sanders has taken this program already. The Tigers' massive infusion of talent has obviously helped, too, as did the Rattlers' improved but lingering issues with eligibility.

Still, let's appreciate what Shedeur Sanders did. You can't fake that type of precision, football intellect and control of a game: 33 pass attempts, 29 completions, 323 yards and five TDs. This young man received 26 scholarship offers, including seven from the SEC. Yup, Georgia and Alabama were among them. He's for real. So spare me the, "LET'S SEE IT AGAINST BETTER COMPETITION!" bullshit.

Sanders is looking more decisive, has complete command of the offense and is even flashing the ability to look off receivers and make full-field reads. Whether he was doing it on his first touchdown strike of Sunday afternoon is unclear. The sophomore signal-caller might've determined the pre-snap matchup he wanted to exploit. Either way, he used his eyes early on to create more of a throwing window in the congested red zone area:

Dallas Daniels creates a favorable one-on-one on the outside here, but it takes an excellent back-shoulder throw from Sanders to beat the Florida A&M defender. Well-executed.

If downfield throws are more your speed, Sanders has the touch and arm talent to get it done in that department, too. Look at him work all the way from left to right, move around in the pocket, and rifle the ball about 40 yards in the air on an absolute rope:

It's not like Sanders is just locking onto one receiver. Nine different pass-catchers comprised his 18-of-20 passing line in the opening half.

Even when the Rattlers' capable pass rush — led by reigning FCS sacks leader Isaiah Land — got home to Sanders, he stayed composed. Notably, there was a 3rd and 1 in the third quarter in Jackson State territory where Sanders rolled right to evade the pressure, clocked through his progressions and found Daniels, his third option, screaming into his vision from the back side on a crossing route. The catch-and-run was good for 31 yards, and Sanders capped that seven-play, 89-yard drive with a 2-yard TD toss to tight end Hayden Hagler.

So you've got Shedeur Sanders looking like a straight-up quarterbacking prodigy, and Coach Prime, a legendary NFL defensive back, overseeing a stacked secondary that features the nation's reigning No. 1 overall recruit in Travis Hunter.

Safe to say the future is bright for Jackson State. Travis Hunter is likely to take at least some reps at wide receiver going forward, which will only make Shedeur Sanders more dangerous. The Tigers' presence is already being felt around the country. It seems they're on a mission to keep building a foundation that'll undeniably shake up the college football landscape as we know it.