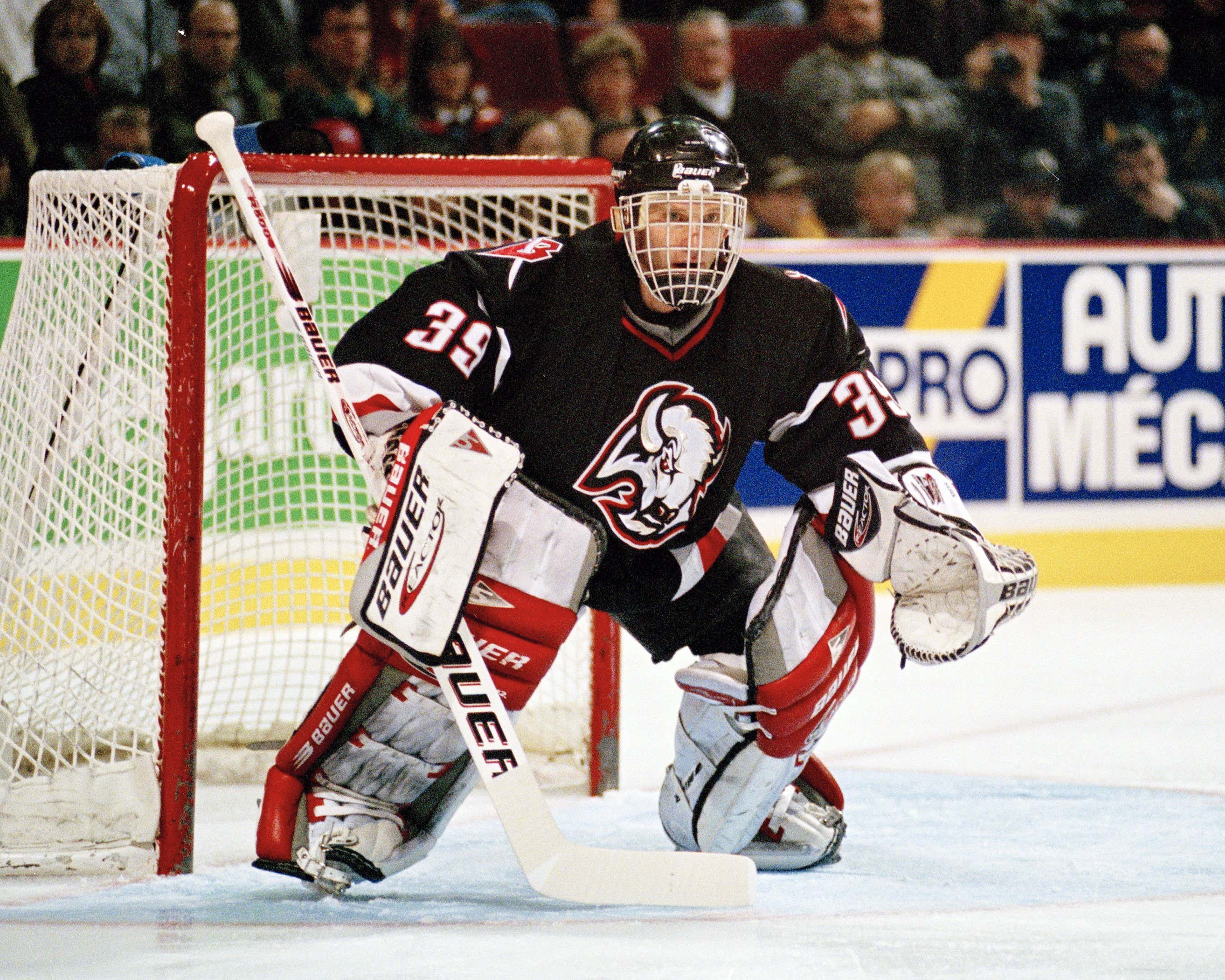 That is, of course, until later this season when the black and red goat head finally makes its triumphant return.

There's not a more elite era in Buffalo Sabres history than the goat head years. They wore those uniforms from 1996-2006. During that 10 year stretch they went to the Cup Final in 1999, they went to 3 conference finals, and 5 conference semifinals. And sure, a lot of that has to do with the players they had on the roster. Dominik Hasek won 4 of his 6 Vezina Trophies during that time, and won back-to-back Hart Trophies.

Miroslav Satan was a 40 goal scorer.

And just look at how sick this lineup was. 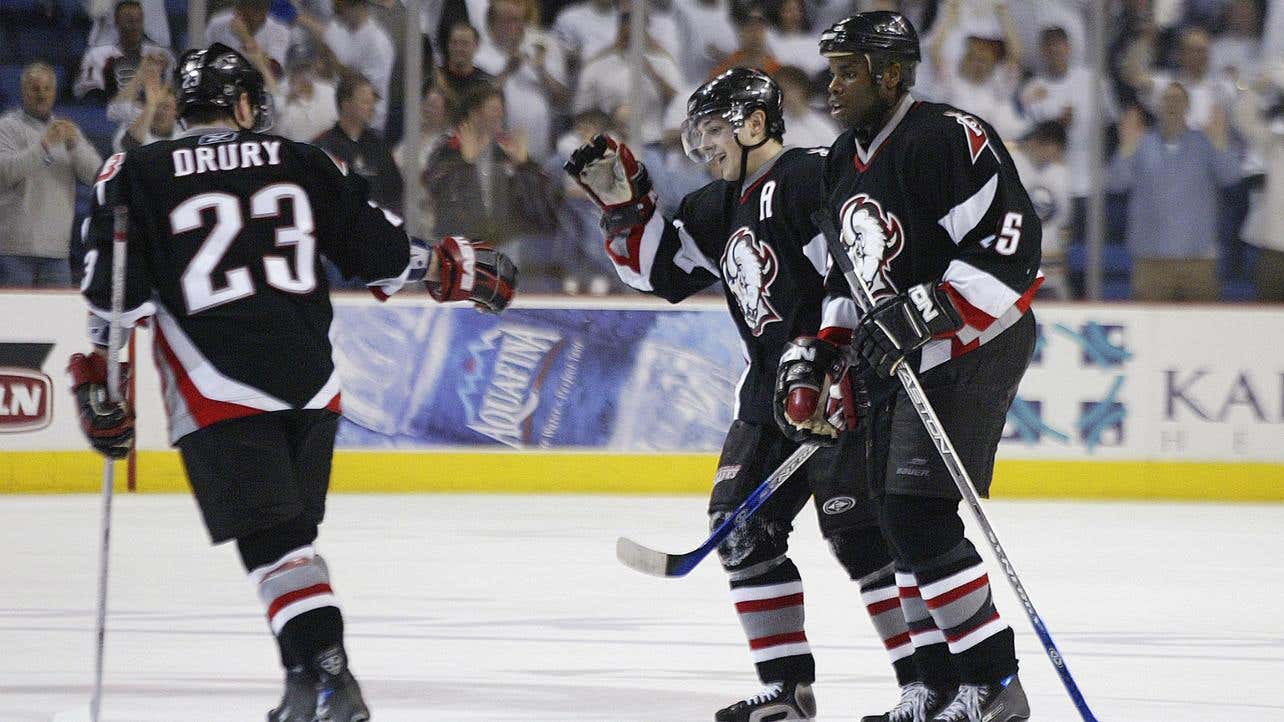 Danny Briere. Chris Dury. Mike Grier. All of these dudes snapping around some Easton Synergy's. We used to be a proper country, but we lost our way the moment that Buffalo went back to the blue and gold. But that's why sometimes the only way to move forward, is to go back. I'm telling you right now that if you let Owen Power rip around in black and red for the majority of his career, he'll win multiple Norris Trophies by the time he's done. If you give Tage Thompson $7 million per year AND you let him buzz around with the goat head on his chest? He'll be a 50 goal scorer. Hell, the young man already put up 38 last year.

There are going to be kids in Buffalo this year who can legally drive a car, but have never seen the Sabres win a playoff series. That's coming to an end as soon as the Sabres make the full time switch back to the goat head. You can count on it.

P.S. -- Same goes for Anaheim going back to the Mighty Ducks.