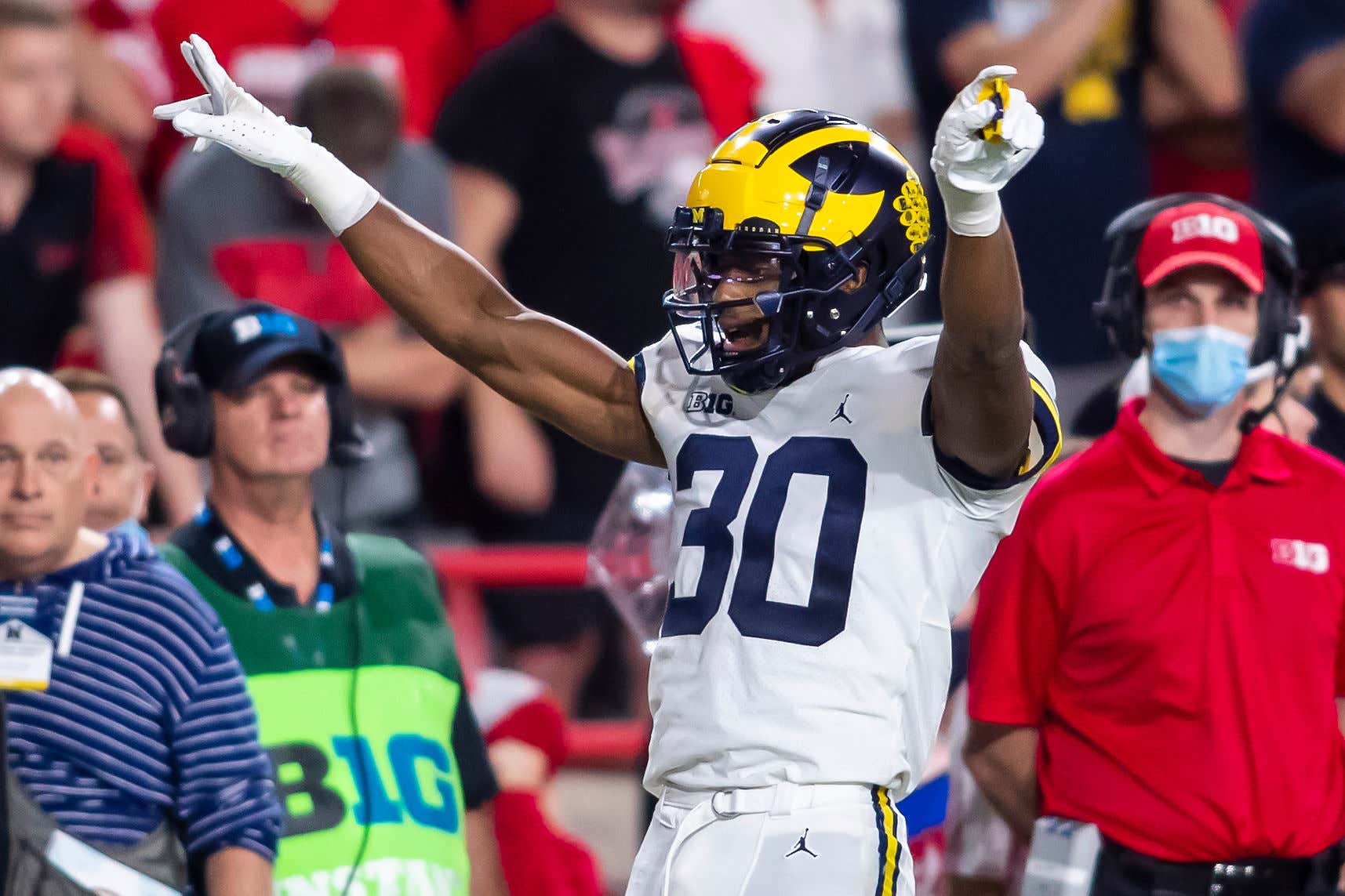 Shout out to the beat writers out in Cincinnati for having boots on the ground and covering all the happenings at Bengals camp. It's been an admittedly uneventful event for the most part, or at least nothing surprising has transpired since Joe Burrow underwent an appendectomy and started pulling off feats of leadership ingenuity the likes of which I don't think anyone has ever seen.

Jordie fucked my shit up this afternoon and blogged about Joey B. riding in his cart while the Bengals did wind sprints. Let's add even more context to it anyway. Joe has made sure the officiating crew is well-hydrated, and is remaining as close to the action as possible — even after head coach Zac Taylor one day told him to buzz off and get indoors.

OK so beyond all this Joey B. silliness, his wonderful interaction with legendary right tackle Willie Anderson, and Ja'Marr Chase making DBs look stupid (again, not a shock), the biggest development has been the glowing reviews of pretty damn near every single draft pick from Cincinnati's 2022 class.

I always tell myself not to be too optimistic about what a rookie can realistically contribute, especially at a time of year where optimism runs rampant across all 32 NFL fan bases. Then again, it's not like this collective praise would be surfacing to merely kiss ass. The harsh reality of adjusting from college to the pros can have many first-year newbies struggling just to tread water. It seems like the Bengals' frosh class is collectively doing far more than that.

Figured it'd be easier to aggregate all this information in one spot as opposed to a series of blog posts. You know, page views etc. reasons. Part of the job, what can I say? Plus I needed a purging palate cleanser after blogging about the Squealers yesterday. YUCK.

OK so let's dive deeper into each rookie narrative that's unfolding. Also ICYMI, shall link to my banger of a Barstool blog debut in case you're asking yourself, "Who the fuck is this guy and what does he know?"

Refusing to sign the franchise tag and report to camp is Jessie Bates' prerogative. Don't blame him one bit. What's cool is, his potential replacement at free safety, Daxton Hill, is getting all those valuable first-team reps that Bates doesn't really need at this point, provided he's ready to rock for Week 1.

Hill played mostly slot cornerback at Michigan last season to great results. He can line up basically anywhere in the defensive backfield, but with Bates out of action, Hill has an obvious spot to fill. The best part? Bates is helping him from afar.

For someone who's expected to play safety or on the inside, Hill's rep here against Chase is an encouraging sign.

Talk about a hot take. I tend to trust Mr. Russell's evaluations. He does or definitely did at some point work for PFF. Say what you will about their system. I think it's quite valuable in gauging talent.

Anyway, Cam Taylor-Britt. Holy shit. What a boss. Dude has crazy coordination, body control, ball skills and instincts at the catch point. His skill set is tailor-made for the zone-heavy schemes defensive coordinator Lou Anarumo loves to deploy. I'm even pretty confident CTB could hold up in man opposite Chidobe Awuzie if Anarumo wants to run more of that.

None of this is to shit on Eli Apple. It's just that, you have to think Cam has a higher ceiling at this point. Apple is a solid, physically gifted outside corner. He also knows the system well. Anarumo said at the start of camp that Apple is firmly entrenched as the starter. Seems like Taylor-Britt is doing all he can to unseat the incumbent, though, as Apple has been banged up and CTB has gotten some reps with the 1s.

Look at the trajectory of the past two days in particular. CTB could've gotten discouraged while enduring some camp growing pains. Instead, he rose to the occasion and played extremely well Friday.

A second-round cornerback, starting right away for a reigning AFC champ? Sounded far-fetched to me as well on Day 2 of the draft. Not saying Cam will start over Eli for sure. Just saying I won't be stunned if he sees significant snaps should Apple struggle to begin the regular season. I love the Nebraska product's mindset, too:

The 6-foot-4, 282-pound third-rounder out of Florida (SO MANY HYPHENS) is someone I was dubious of given the other prospects on the board that I liked and his seemingly 'tweener status. Welp, so much for that. Carter is apparently roasting anyone across from him in 1-on-1 drills and…if the following battle with Jackson Carman is considered a loss, then he must be walloping the competition:

There are tons of young players in the defensive trenches hoping to find their way into the rotation. I like that Carter has real inside-out versatility, and he did have 7.5 sacks for the Gators last season even while lining up all over the place on the line. Maybe it was unwise to underestimate him coming into camp.

Best of the rest

All indications are that North Dakota State standout Cordell Volson is pushing second-year player Jackson Carman for the starting left guard gig. That's the one spot on the o-line the Bengals have up for grabs. Here's a few of the best tidbits we've gotten from Cincy, as Volson's presence seems to be bringing out the best in Carman, who disappointed as a rookie in 2021:

Seventh-rounders usually aren't a lock to make the final 53-man roster, but Jeffrey Gunter is making the most of his opportunities. He racked up 35 sacks in his final three years at Coastal Carolina. Apparently Gunter is up to his usual business of harassing the QB in Bengals training camp.

The only guy I've neglected to mention thus far is former Toledo defensive back Tycen Anderson, a fifth-round selection. Not much out there on him. Given how loaded the secondary is, Anderson seems more destined for a special teams role. That's something he should excel in given his tremendous athleticism and tackling ability.

So yeah…overall, the Cincinnati Bengals' 2022 draft class is fucking crushing it so far. Whether that translates to immediate production on Sundays remains to be seen. In any event, good to know that Duke Tobin and Co. appear to keep hitting on many of their draft picks. That's what it's gonna take to keep the Bengals near the top of the AFC once Joey B., JaMarr and (presumably) Tee Higgins get paid in the coming years.