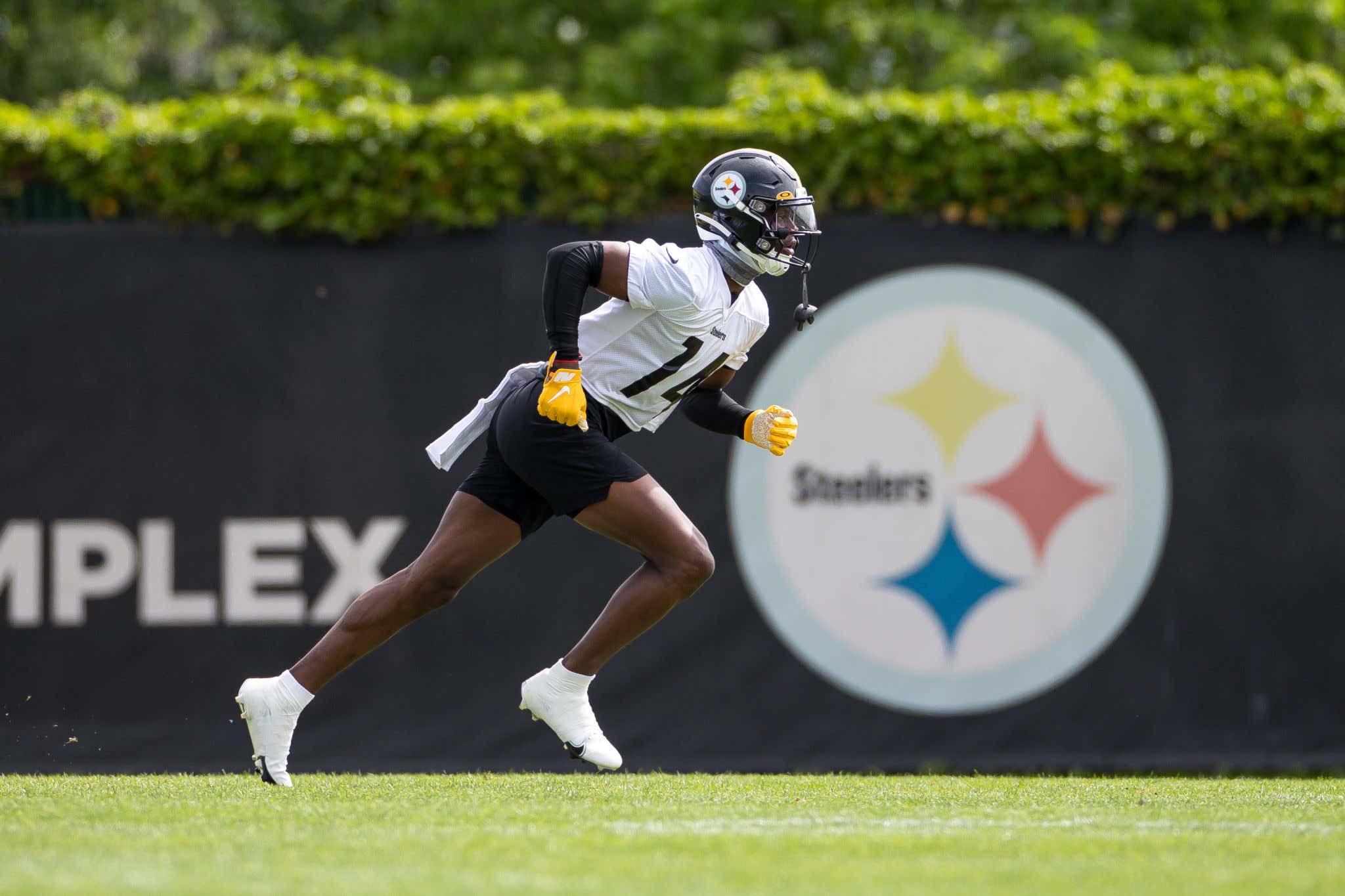 If you've followed my stuff on here, you know I'm the resident Cincinnati Bengals guy, so it gives me no pleasure to relay this news. As much as I'd encourage every non-yinzer to loathe the Pittsburgh Steelers, you gotta recognize serious talent when it's smacking you in the face.

George Pickens is putting on an absolute show in his first NFL training camp. The rookie second-round pick out of Georgia who YA BOII had a first-round grade on despite him barely playing in 2021 (was coming off a torn ACL) is just going scorched earth and already working with the Steelers' first-team offense.

I resisted blogging about this for a while. Alas, the NFL draftnik in me can't help but appreciate a prospect who's fulfilling his promise early on, and the evidence has become overwhelming. George Pickens is the NFL's camp MVP and I don't think it's particularly close. I know a lengthy string of media is typically deployed for sultry IG models only but bear with me here…

Fuuuuuuuuuuck. As a fan of a team who managed to nail three draft picks at wide receiver in Ja'Marr Chase, Tee Higgins and Tyler Boyd, hats off to Pittsburgh's scouting staff for doing a similarly impressive job over the years of nailing this position in the draft.

Not to overreact too much, but Pickens looks like he could be the Steelers' instant WR1. Chase Claypool could be if he wasn't a straight-up immature moron. Pickens has a fiery on-field demeanor and although he checked in at the Combine at 6-foot-3, 194 lbs, he plays a lot stronger than that and attacks the ball in the air as one of the purer hands catchers you'll see. Combine that with stunning quickness in and out of his breaks and excellent vision in the open field as a ball-carrier, and you can see why the hype around Pickens is building to the degree that it is.

I haven't met Jersey Jerry yet but pretty sure I can do better than him on anything NFL-related based on his infamous Sports Advisors guest spot where he whiffed on four of five picks and predicted the Steelers to beat the Chiefs outright in the playoffs. I also think I'll have bragging rights in 2022 when the Bengals are the better team again. Credit where it's due, though: George Pickens looks like a fucking stud and I'm not exactly confident in Cincinnati cornerback Eli Apple's ability to lock him up when such situations arise.

Damn. Now I'm remembering Pittsburgh actually made the postseason last year despite trotting the walking corpse of Big Ben out at the most important position. That makes me think if new QB Mitch Trubisky is even competent, the Steelers might actually be a threat in spite of how loaded the AFC is. Shit. As long as Mike Tomlin is coaching, I don't count Pittsburgh out. Ever.

With Pickens, Claypool and a drops-cured Diontae Johnson, the Steelers appear to have their own solid, young receiver trio. Hell, even Pickens' draft classmate Calvin Austin III is another receiver I like on Pittsburgh's side. It's just that…Mitchy Tribs ain't no Joe Burrow!

Isn't it nuts that George Pickens, the 52nd overall pick, saw five of his former Georgia teammates drafted before him? Shows how stacked the national champion Bulldogs really were.