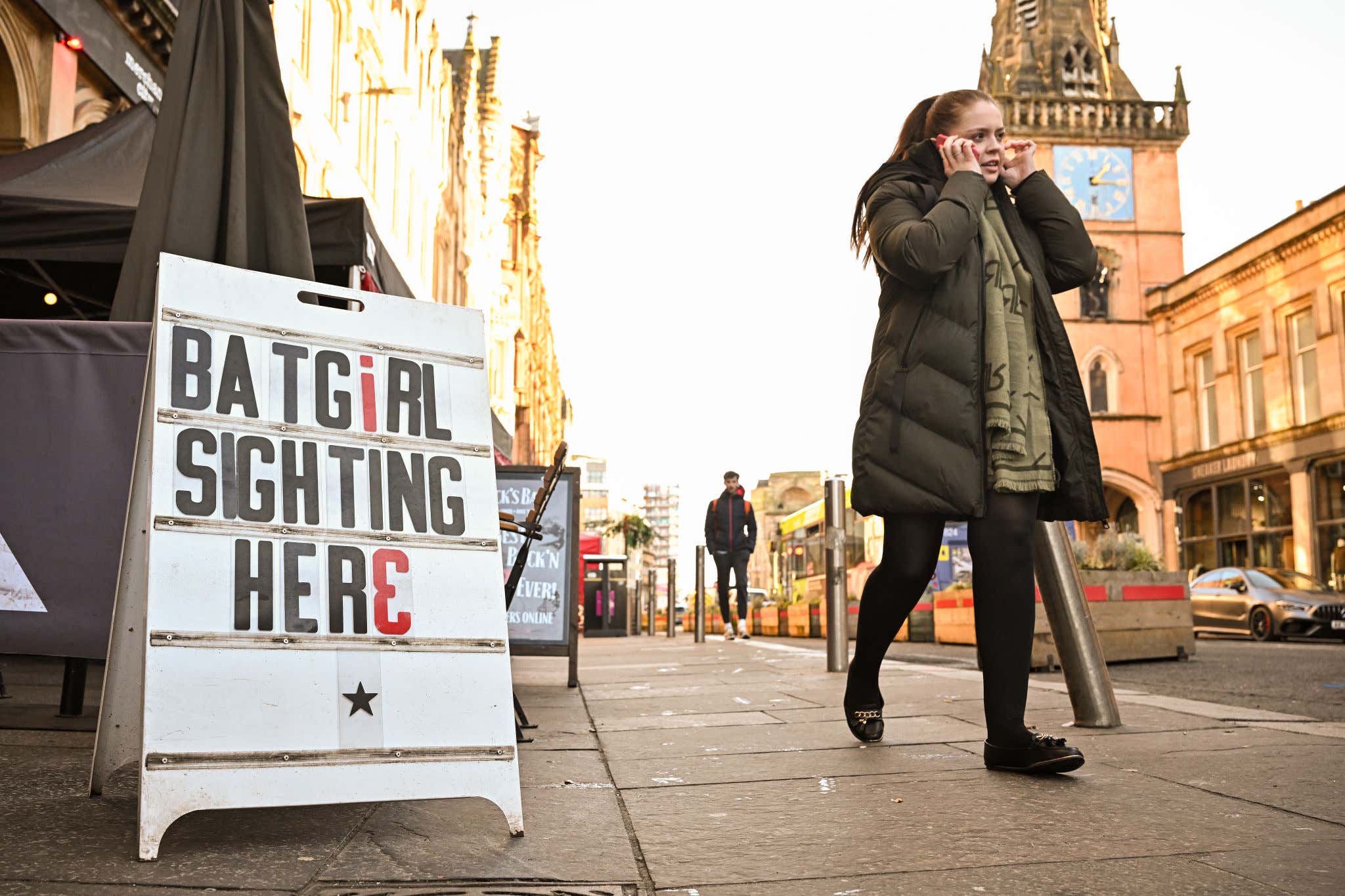 "Warner Bros. Discovery will not release "Batgirl," either theatrically or on HBO MAX, TheWrap has learned. The $90 million project is effectively dead.

Made under a previous regime, "Batgirl" was initially designed to be an HBO Max release, and then was being considered for theatrical distribution. Due to COVID issues and shutdowns, the budget ballooned to $90 million.

"[…] The leaders of the studio determined ultimately, in spite of reshoots and increased budget, that the movie simply did not work, according to insiders. The new owners and management, led by CEO David Zaslav, are committed to making DC titles big theatrical event films, and "Batgirl" isn’t that. Insiders added that studio brass loves the film’s directors and star, and are actively planning to work with them soon."

That last part quoted may be the most insane part of this entire thing. Imagine getting to star in a superhero movie if you’re Leslie Grace. Imagine the directors getting to tell this story. Now imagine a major studio coming to you, after months of shooting and work, and saying, "This movie sucks so much that it will never see the light of day. But you know what? We really like you and would love to work with you in the future!" I'd be tempted to tell them to fuck right on off.

It's not like the creative talent involved here isn't up to par. Co-directors Adil El Arbi and Bilall Fallah were fresh off a big blockbuster hit Bad Boys for Life and confidently helmed the first two Ms. Marvel episodes. In The Heights breakout star Leslie Grace was taking another huge step as Batgirl/Barbara Gordon. This was supposed to be part of the Brendan Fraser Comeback Tour, as he was the main villain Firefly. Michael Keaton joined the cast to expand his Batman filmography, and he’s being robbed of another reprise to complement his key appearance in The Flash.

What is Warner Bros. Discovery DOING when it comes to their DC cinematic universe? Just absolutely bonkers stuff. I know the massive corporate merger just happened, but damn. To have a landmark movie like Batgirl in the can, having wrapped principal photography as of March 31, and to then decide not to release it theatrically OR on HBO Max??

As one rival executive put it…

I’m baffled by almost everything DC movie-related these days. Last week, Jason Momoa leaked that Ben Affleck is suddenly returning as Batman for Aquaman 2. Then of course, we've had the Necessarily Capitalized, Personified Debacle that is Ezra Miller aka The Flash aka the actor who was supposed to reset/softly reboot the entire DC film canon with his new movie next year. I suppose that's still happening unless he keeps torpedoing his image and getting arrested more.

We have a couple dope DC sequels to look forward to: Joaquin Phoenix’s next outing as Joker and the Robert Pattinson/Matt Reeves encore to The Batman. Both of those take place in their own, separate universes within the DC multiverse. Other than those promising leads, it just seems like Warner Bros. Discovery’s creative team is blindfolded, throwing darts at a board, with nothing even approaching a competent plan for how to build upon any of the disparate threads they have going with their myriad of other DC projects allegedly in the DCEU continuity.

Now that Batgirl will be locked in a WB vault, they should rip off that time capsule idea from 100 Years starring John Malkovich, which releases on November 18, 2115. Not a typo. You read that right. Just do that with Batgirl. Or make it like a scavenger hunt scenario. IDK. Almost anything is better than outright shelving the movie. I mean was it really that shamefully bad to not even release directly to streaming? Sheesh.

Wild that Batgirl gets canceled while Ezra Miller runs amok terrorizing folks and will still see his $200 million Flash movie get a wide release in June.