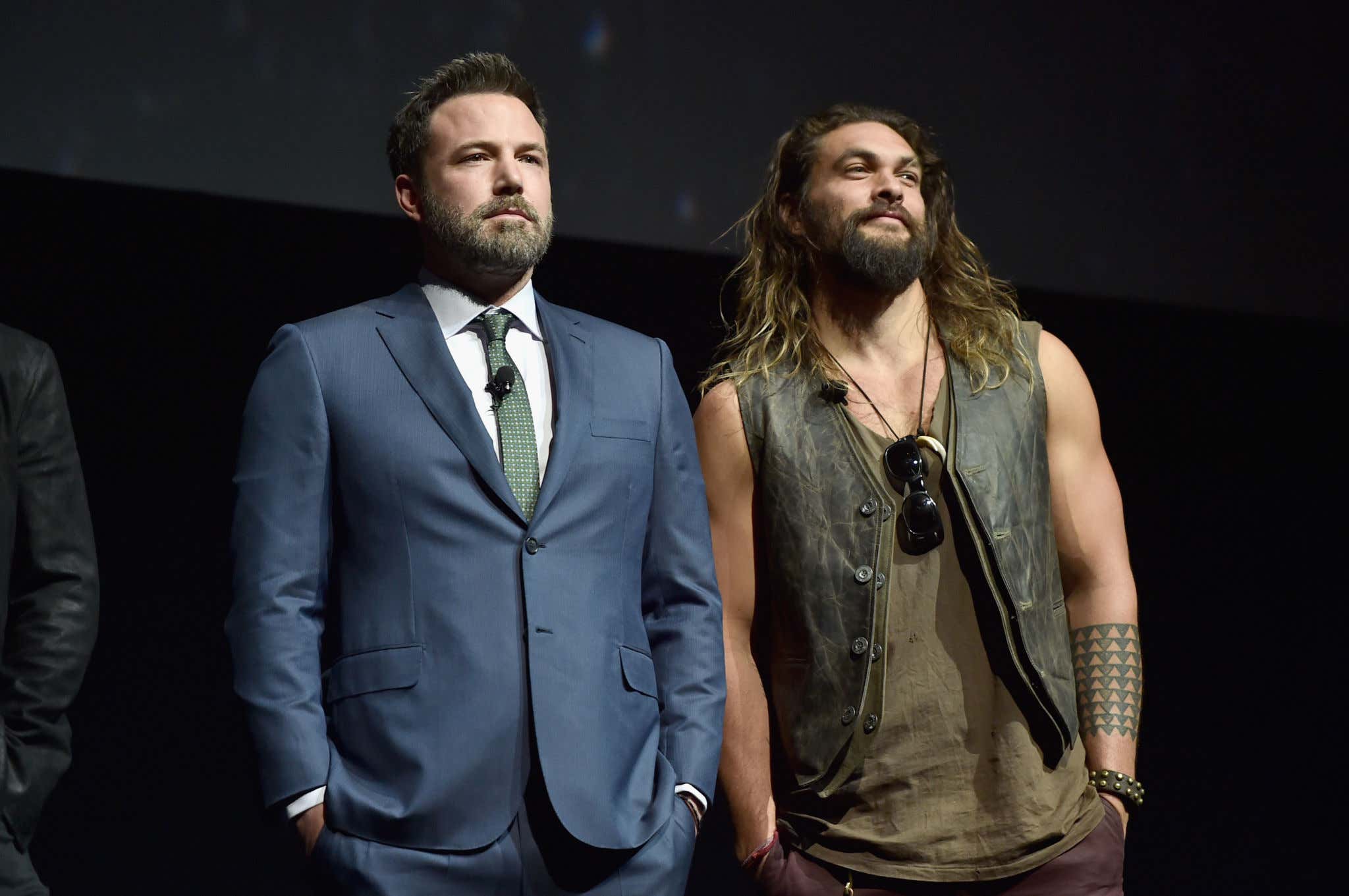 After Warner Bros. Discovery face-planted at Comic-Con with their, shall we say, uninspiring panel on the future of DC films, Aquaman himself Jason Momoa swam in to save the day by straight-up leaking Ben Affleck's return as Bruce Wayne/Batman in Aquaman and the Lost Kingdom!! In that above IG post, Momoa essentially implied that tourists on Warner Bros' backlot spotted Affleck, or at least his trailer, and would've put two and two together, leading to some fan to leak Affleck's secret role. Instead of risking that, Momoa he figured he'd just break the news himself.

This is king shit from Ben Affleck. Literal days removed from being spotted in Paris on his honeymoon with Jennifer Lopez, he's jetted all the way back to Burbank, ready to be The Bat again. Doesn't get much more badass than that. Of course, there are still people who oversimplify/prematurely write off Batfleck for "MARTHA!!" and "NOT MY BATMAN! HE KILLS!" reasons, etc…sorry but there's a massive fan demand for this character otherwise Warner Bros. Discovery wouldn't even entertain bringing Affleck aboard.

You're also clowning yourself if you don't think this is absolutely lit.

As far as what this massive news means for the broader DC film universe, well, who knows? Ezra Miller has been acting like a maniac in real life, jeopardizing the alleged soft reboot of the superhero lineup that's meant to take place in The Flash. That multiversal movie was supposed to drop before this latest Aquaman offering until release dates got reshuffled.

Because Affleck's Batman is popping up in The Flash and is widely speculated to be meeting his demise, some folks believe he's merely making a cameo in Aquaman 2 just to salvage whatever semblance of continuity the DCEU still has. However, I feel like it'd be such an easy workaround to not even feature him. Why would Affleck come back for a small part in the new Aquaman, only to have his character killed off in a movie that comes out a few months later? Doesn't add up. Michael Keaton is already back in The Flash and Batgirl. With Robert Pattinson on course for at least a trilogy of his own in the cape and cowl, signing up Affleck for more projects creates further complications and casual fan confusion. All of which would be avoided sans Affleck. Maybe there's a larger plan at work.

Not saying #RestoreTheSnyderVerse is happening. There's at least a flicker of hope renewed, though, that we might get Batfleck's showdown with Joe Manganiello's Deathstroke someday. Or you know, this part is just a quick cameo and the 49-year-old Affleck will soon give way to the 70-year-old Keaton as the DCEU's Nick Fury-style mentor Batman. I know. Makes little sense. Seems like at this stage of their careers Affleck could bring more to the part than Keaton. Alas. Such lack of clarity is what being a fan of DC movies is all about these days.

Aquaman and the Lost Kingdom releases on March 17, 2023, while The Flash is due out next year on June 23. What we do know for sure is Ben Affleck will officially reprise his role as Bruce Wayne/Batman in both of those blockbusters. That's good enough for me. LFG!!