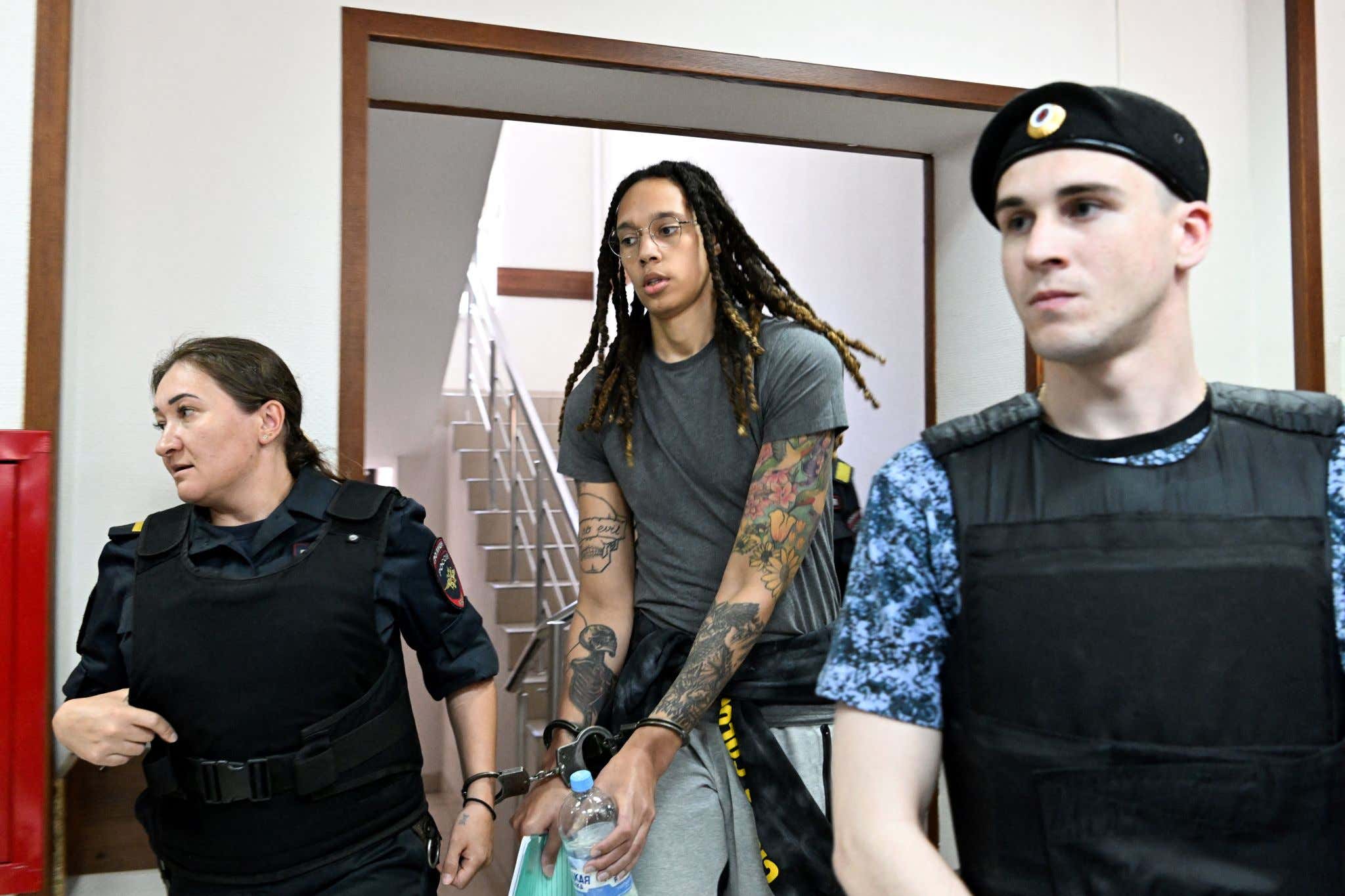 It's not exactly a Woj Bomb or a Brian Windhorst meme:

... I pause to let you watch that a dozen more times ... but I can promise you there is a basketball trade rumor out there that makes Kevin Durant-for-Jaylen Brown look like a swap of late 2nd rounders.

It's not every day two bitter enemies are reportedly swapping a pro basketball player and a spy for an international arms dealer who inspired a Nicolas Cage character. But that's the latest deal in the rumor mill.

Source - After months of internal debate, the Biden administration has offered to exchange Viktor Bout, a convicted Russian arms trafficker serving a 25-year US prison sentence, as part of a potential deal to secure the release of two Americans held by Russia, Brittney Griner and Paul Whelan, according to people briefed on the matter.

These sources told CNN that the plan to trade Bout for Whelan and Griner received the backing of President Joe Biden after being under discussion since earlier this year. Biden's support for the swap overrides opposition from the Department of Justice, which is generally against prisoner trades.

"We communicated a substantial offer that we believe could be successful based on a history of conversations with the Russians," a senior administration official told CNN Wednesday. "We communicated that a number of weeks ago, in June." …

Secretary of State Antony Blinken announced Wednesday that the US presented a "substantial proposal" to Moscow "weeks ago" for Whelan and Griner, who are classified as wrongfully detained. The top US diplomat said he intended to discuss the matter on an expected call with Russian Foreign Minister Sergey Lavrov this week. …

During months of internal discussions between US agencies, the Justice Department opposed trading Bout, people briefed on the matter say. However, Justice officials eventually accepted that a Bout trade has the support of top officials at the State Department and White House, including Biden himself, sources say.

I'm not here to debate the wisdom of prisoner exchanges, other than to note the official, long-standing US policy has been not to engage in them. The logic being that when a foreign national is convicted here, it only encourages their country to detain Americans in order to get them out.

But that said, if it was my loved one being held in some Russian jail, I wouldn't give a batter-dipped, Southern-fried fuck about longstanding US policy. I'd be ready to swap them all the Pacific Time Zone states and toss in Colorado to get a trade done. I mean, I like to think I'd make sure said loved one listened to the many, many warnings our athletes are given about not taking cannabis with them to the Olympics or World Cup or whatever. And make them watch the entire series run of Locked Up Abroad just to be on the safe side. But I'm not about victim blaming.

All I'm asking is if maybe the US could've cut a better deal than to hand over bloody Viktor Rout. He is the aforementioned "Merchant of Death" upon whom Nicolas Cage's arms dealer character was based on in Lord of War:

IMDb - Yuri Orlov (Nicolas Cage) was largely based on the exploits of international arms dealer Viktor Bout, a former Soviet officer, who was finally arrested by Thai authorities in March 2008. Bout, known as the "Merchant of Death", was trying to make a deal with American agents posing as F.A.R.C. insurgents when he was apprehended. After languishing in a Bangkok prison awaiting extradition by the U.S., he was tried and found guilty, and awaits sentencing in a Manhattan prison. The quote from Orlov seems appropriate, "I know that just because they needed me that day, didn't mean that they wouldn't make me a scapegoat the next."

I don't pretend to be the world's toughest negotiator, but it seems to me we could've gotten Griner and this government spook Paul Whelan back for a lot less than a shadowy war profiteer who's facing 25 years for supplying arms to some of the sketchiest people on the planet. I feel like we've got the leverage on this one, but treated it like the Russians are holding all the cards. As my buddy, comic Graig Murphy put it, from Putin's standpoint, this is the sort of trade Red Auerbach used to pull. Joe Barry Carroll for Robert Parish and Kevin McHale. Rick Robey for Dennis Johnson and so on.

No one deserves to live in a Russian prison. Especially not 10 years for what would be a misdemeanor possession charge in America. Or totally legal. And I say again, because it bears repeating, were Britney Griner a member of my family, I wouldn't care WHAT it took. But did we begin the negotiation by offering a guy named "Merchant of Death?" How about we start low, and work our way up to him? "OK, so you've rejected our offer of turning over 'Jacker of Cars.' We're willing to sweeten the deal by releasing 'Hacker of Credit Cards,' a trade exemption on 'Robber of Liquor Stores,' and a 'Smuggler of Narcotics' to be named later." Save the offers of human traffickers and huge arms dealers for later on, when your back is to the wall and Putin's ready to walk away from the table.

Britney Griner and Paul Whelan coming home to their friends and family would be good. I'm just afraid the Butterfly Effect caused by trading such a criminal mastermind to make it happen is going to terrible. And we'll never know when the consequences will end.