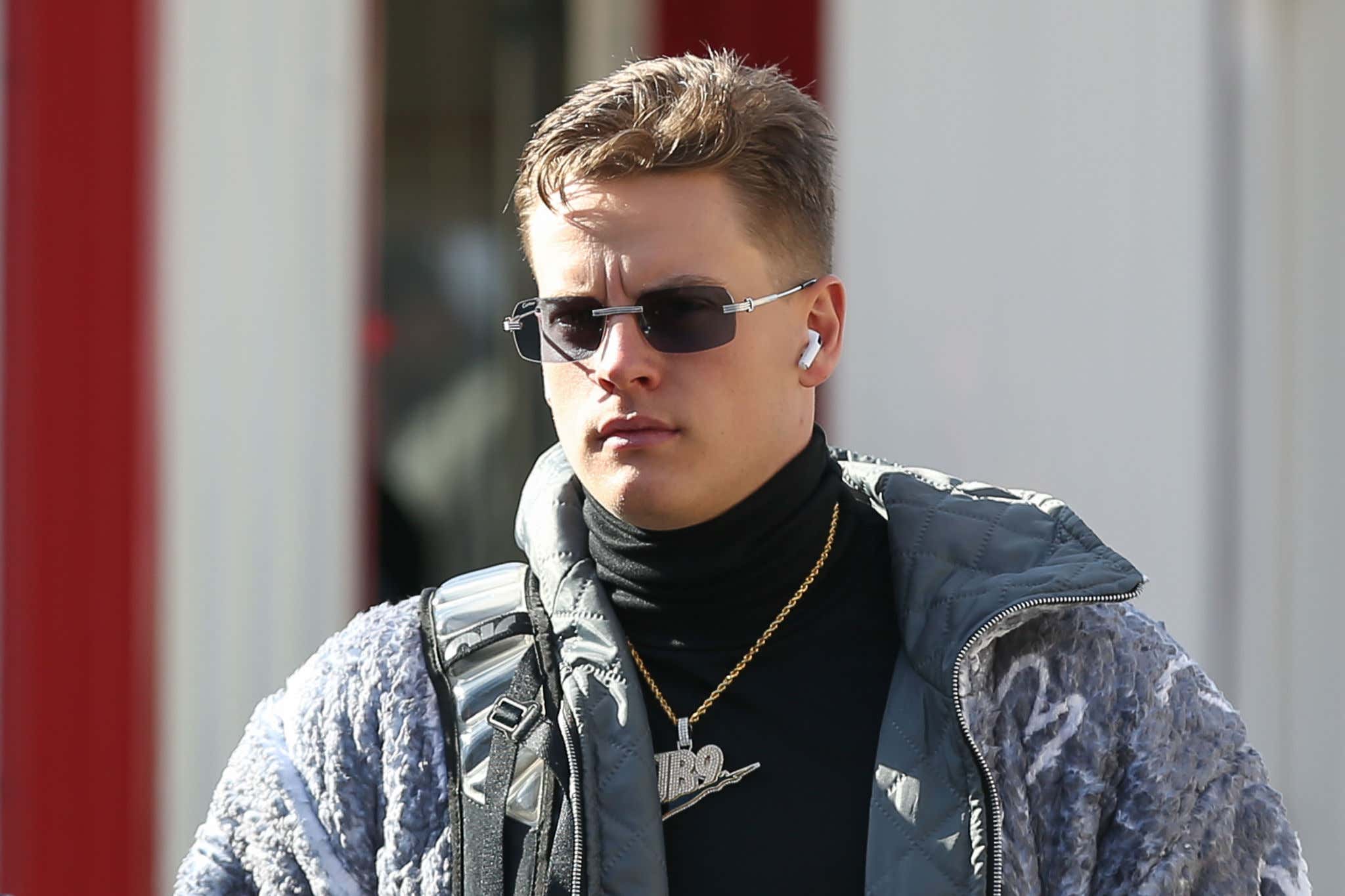 First of all, best wishes for a speedy recovery to Joe Burrow after it was reported Tuesday he'd undergo an appendectomy. Given how tough the guy is and how fast he bounced back from a catastrophic knee injury to make the Cincinnati Bengals AFC champs, I'm confident he'll be good to go in short order.

Now to the topic at hand. Joey B's go-to guy on the field, Ja'Marr Chase, is apparently the man he turns to when he needs a phenomenal outfit to rock around NFL Sundays, according to an excellent profile Chase just did for GQ Sports. Just another textbook example of Joe knowing his strengths and shortcomings, and when to delegate. True brainiac leadership in full effect here.

I'm gonna give Joe some credit and put forth the premise that maybe he presents Ja'Marr with some options and from there the 22-year-old pass-catching phenom hits the mall to purchase some sick swag. However much or little Chase is exaggerating his role in the attire choices or what the split is for Burrow's next-level glamour, Joe Brr's getup track record is undefeated to this point.

Still shook over what Joe pulled up to Super Bowl LVI with, especially compared to his Rams counterpart, Matthew Stafford:

Yeah Stafford won the game whatever…everyone thought the Bengals would be drafting in the top five before the season began.

Good on Ja'Marr for being a damn NFL rookie, giving his QB valuable extra time to prepare during the week instead of agonizing over outfits, and still going for 81 receptions, 1,455 yards and 13 TDs in the regular season. This man's talent knows no bounds. Well, unless we're talking about those responsible for the Madden video game franchise.

I would honestly be fine — to at least some degree, let's not get Browns-level carried away here — if Joe Burrow and Ja'Marr Chase were as good as they are at football, but happened to be some of the shittiest, unkind and uncaring human beings on the planet. Good thing is us Bengals faithful will never have to worry about that, because Joe Burrow and Ja'Marr Chase are two of the motherfucking coolest young guns to enter the NFL over the past decade-plus, hell maybe ever, and are upstanding citizens by all accounts.

They won a natty together at LSU, and once Ja'Marr got to the big show, the dynamic duo picked up right where they left off…and were about a split-second away from a winning Super Bowl tuddy. The fact that Joe and Ja'Marr get on so well away from the field, and that Ja'Marr makes absolutely sure his field general is stocked to the gills with ridiculously awesome attire for gamedays, well, it feels almost too good to be true.

The NFL in Ohio has been a rough scene for many years, and it looks like after a brief reprieve, that trend's gonna continue in Cleveland. As for Cincinnati? It's almost difficult to accept that this is real life. Like I wanna be worried that the Bengals will crash back to earth this year. I really do. That's my default position on so many levels. But like…with Joe and Ja'Marr this much in lockstep, and a revamped o-line to provide better pass protection and open up the running game more, please enlighten me as to how the fuck that could happen. These guys inspire a confidence that you don't even need to explain or get too worked up about when idiots come after you on the Internet. You just kinda shrug and say, "OK cool, we'll see what happens on the field."

Between how fashionable the Bengals' elite passing attack tandem is and how fresh-looking those white helmets are gonna be this year, it's about to be a whole-ass "look good, feel good, play good" situation in Cincinnati all season long. Can't wait.