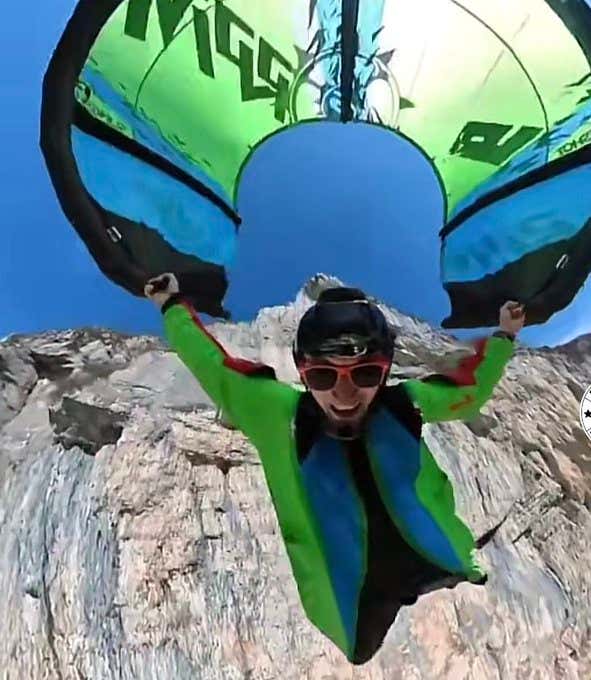 I gotta be honest. I thought I wasn't going to be able to blog this video when I first started watching it. The dude takes a few little baby steps, hops off, and then it looks like he's in a freefall. I expected it for a second or two but when he started to do a little whirlybird, I assumed it was curtains.

Next thing you know, he's screaming like a kid their first time on Kumba at Busch Gardens of Tampa. Now, if you arent familiar with Kumba, it's one of the most intense things I've ever experienced. I rode and rode and rode that thing growing up. Some people still don't get the allure. Allow me to explain.

Kumba at Busch Gardens Tampa, lest we forget, is named for the distant roar of the king of the jungle. It's a legendary roller coaster that still reigns supreme on so many lists of favorites. After the thrill of an initial 135-foot drop, you will plunge into a diving loop, and feel a full 3 seconds of absolute weightlessness while spiraling 360 degrees! That's a full rotation, folks.

It has been said that if you can hear the roar of a lion in the distance, you have crossed into his territory. The natives call this roar the Kumba, and you'll feel his breath on the back of your neck from the moment you step aboard the mighty roller coaster that earned his name.

If you don't have time for the breath of Kumba down your back, Id imagine this cliff jump is the next best thing.

But, if you don't wanna watch any more Kumba content, you can check out the mad man who jumps off cliffs when he does shit like bailing above the ocean.