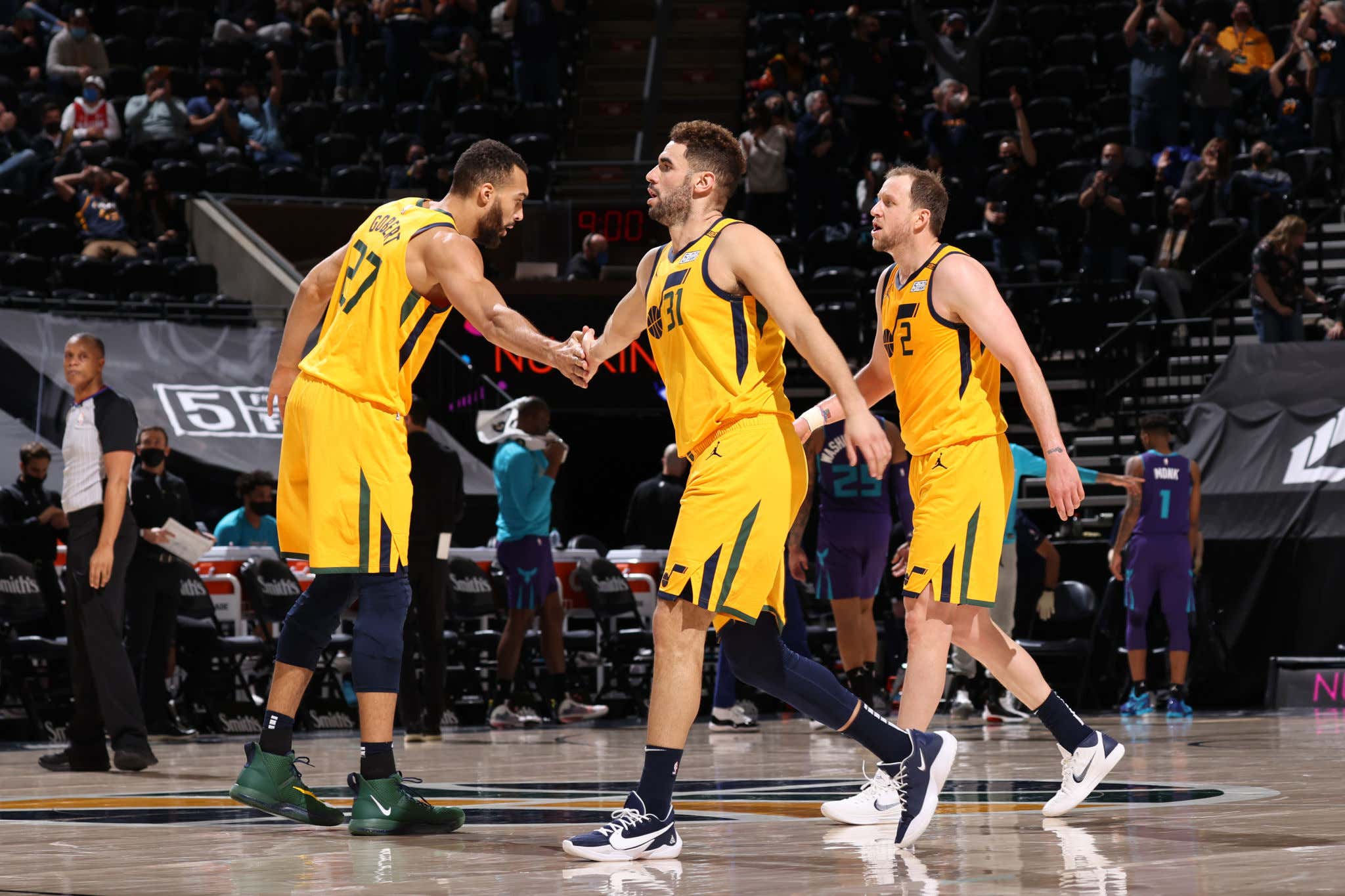 On today's Pardon My Take… GEORGES NIANG! The Philadelphia 76er and Stoolie himself joined Mr. Cat and Mr. Commenter in-studio on today's show to discuss what it's like to play with Joel Embiid, his experiences playing in the NBA Summer League, how he got his nickname, "The Minivan," and much more. Niang is also a former member of the Utah Jazz, and he was with the team in 2020. That means he was a teammate of Rudy Gobert at the time, when Gobert was one of the first public figures to test positive for COVID-19. We all remember where we were on that day, but what was Niang's perspective of being in the same locker room as Gobert on the same night that he touched all of those microphones? We got our answer's on today's show…

Mr. Cat: So you also were in Utah when Rudy Gobert gave everyone COVID? Was that awkward?

Georges Niang: That was, that was.

Mr. Cat: Actually at the time, because we all didn't know what was coming, I think we defended the move. We were like, "That's fucking funny that he touched all the microphones."

Georges Niang: Honestly, now that I think about it, it was a boss move. But to say it back then was like…

Georges Niang: You were like, "Bro, you did that AND you had COVID?! Are you fucking nuts?!"

Mr. Commenter: That was the day that sports just stopped.

Mr. Commenter: The world shut down.

Georges Niang: Like, who would have ever thought that? I remember telling someone, I was like, "There will never be a day when sports stops like that, you know what I mean?" And then next thing you know, it's like, I have a buddy that gambles that, you know, hangs out with me, and he was betting on like Ukrainian soccer. It's like, that's the only sports that were on, it literally was shut down.

Georges Niang: But back to the Rudy Gobert thing, that was funny because I ended up going to have dinner at his house the night of, we played Toronto at home. And I was eating dinner with him after the game, and when we were talking about him coming in before we flew out to Oklahoma City, and he freakin', he comes in late and was like, "Yeah, I wasn't really feeling that well, that's why I came in late." Mind you, literally two days before, we had someone from the CDC come and be like, If you're not feeling well, don't come in, call someone." And so, he comes in and he's on the plane and he's like sweating.

Georges Niang: And I think all of us thought, "You could have a common cold."

Georges Niang: Yeah, and then we get down to OKC and someone was like, "Yeah, we're going to go up there and see what Rudy has, he's been under the weather. They test him, and the next day, he doesn't show up for shoot-around, and Jordan Clarkson is running around shoot-around being like, "Rudy got that shit, yo! He got that shit, I know he got that shit!" So then, we were getting ready to go to the game, and he's not there. It was like Men in Black, we're getting ready for tipoff, they do the starting lineups and like, five guys in suits run on the court and it's like, "What the fuck?!"

Mr. Cat: That was a crazy, crazy night.

Georges Niang: And then they told us, and I was like, "What the hell just happened?" And then I figured, like, we were going to get back in two weeks. Like, everybody's like, "Alright, two week hiatus, we'll be back." What was it, like three months later, in a whole bubble?

Everyone who watches sports will always remember the night Rudy Gobert tested positive for COVID. And it's safe to say that Georges Niang had a very unique perspective of these events, too. Let's hope we never have something remotely close to this happen again.