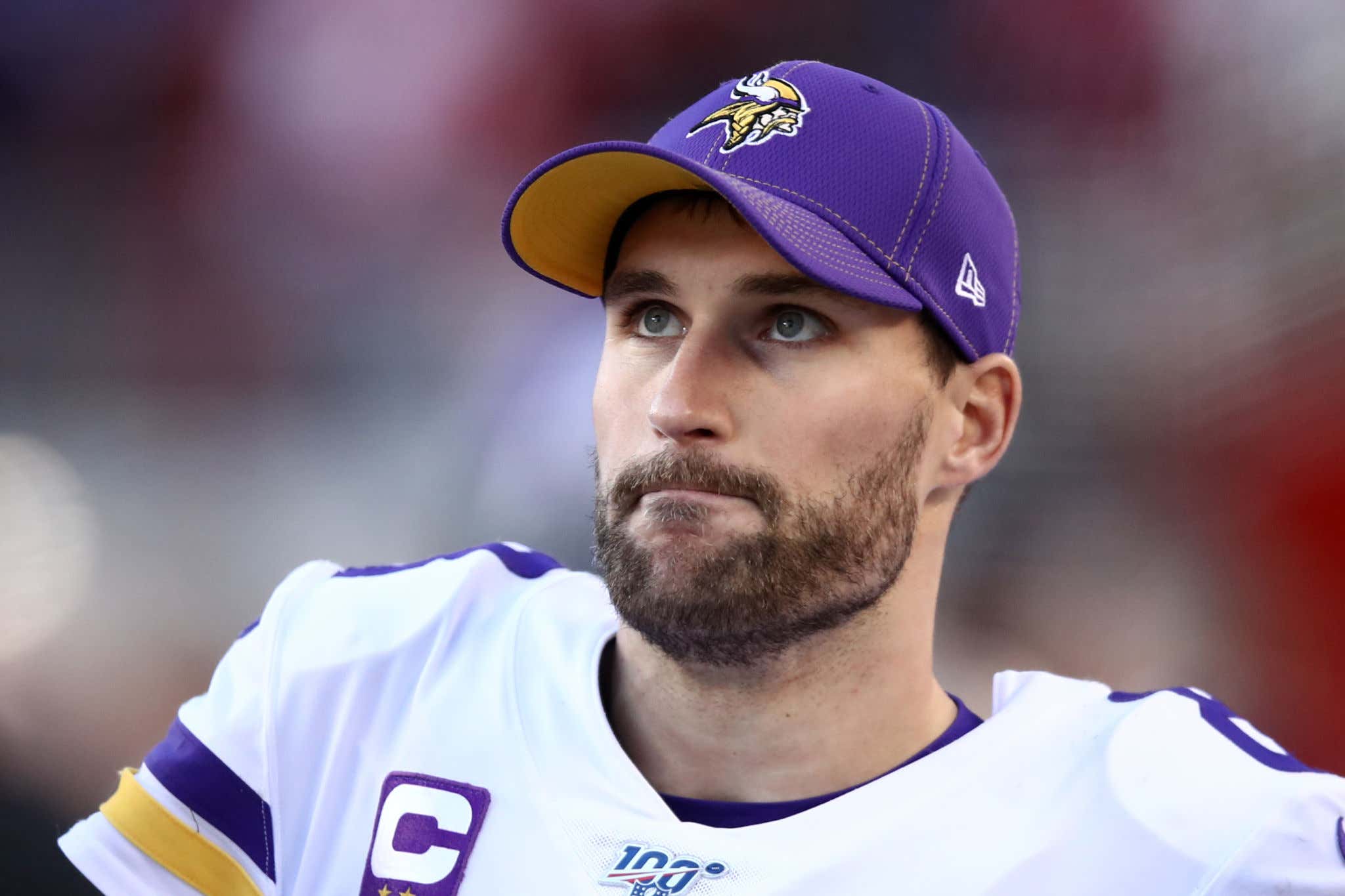 Say what you will about Minnesota Vikings quarterback Kirk Cousins, but the man has done damn well for himself financially and if he's really as bad at football as most of the general public contends, his current team wouldn't keep paying him assloads of money.

Ben Leber, a retired Vikings linebacker who now works for the team, publicly confirmed what many suspected, which is that former head coach Mike Zimmer straight-up thought Cousins was a bitch.

"I mean, It’s not like I’m not breaking news here that Mike Zimmer did not like Kirk Cousins. And I think that showed in the way that Kirk behaved and the way that he carried himself. The team was never given to him, or he was never allowed to earn the trust of the team, because the head coach I think just didn’t like him.”

Um but you ARE kind of breaking news, Ben Leber. To get this lowdown from someone so deeply tied to the organization is definitely newsworthy, big guy. Then, Colin Cowherd came out on Sunday night and confirmed that he heard from someone he really trusts "in the Minnesota ecosystem" that Zimmer and Cousins "really had a chilly, chilly relationship."

Also significant in this behind-the-scenes drama is the fact that Leber is a defensive player and he's straight-up coming after a defensive head coach. You'd think a player would go to bat for a coach who specializes in his side of the ball. Credit Leber for being objective and diagnosing the real issue in Minnesota the past two years:

"That was a top-10 offense last year, with a very green, first-time offensive coordinator. Where was their defense ranked last year? 31st. The year before that, I think they were ranked 27th. So people can rail on Kirk and rail on this offense and say we can’t win with him […] I say that’s total BS. We couldn’t win with the crap defense that we’ve had the last two years. We couldn’t stop the run, at all. Ever. And then in key moments of the games […] we couldn’t stop any two-minute offense. So, to me, the biggest liability of this team has been defense."

Leber insists that new head coach Kevin O'Connell represents a chance for a fresh start and that if Cousins is given full rein to lead the Vikings, that they can make some noise. He also contends that Cousins doesn't need everything to be perfect around him to win a Super Bowl at the beginning of the clip above — another assertion that's substantiated in part by some stats.

The defense hasn't been the only thing holding Cousins back in recent years. Despite the woeful play under Zimmer's watch on that side, Cousins posted starting records of 7-9 and 8-8. Pro Football Focus ranked Minnesota fourth-worst in pass blocking in 2020, and sixth-worst last season. It's not like Captain Kirk is Lamar Jackson or even close. He's not a mobile, hyper-athletic dude. Pretty much confined to maneuvering in the pocket.

Also, per PFF's QB grades, the only signal-callers to post a better average PFF offensive ranking over the past three seasons than Cousins' 9.5 are Tom Brady, Aaron Rodgers, Patrick Mahomes, Russell Wilson and Ryan Tannehill. You'd obviously rather have ascending young studs like Joe Burrow, Josh Allen and Justin Herbert over Cousins, but it's not like Captain Kirk is the scrub everyone makes him out to be.

You know what else is crazy? The most Cousins lost any start by in 2021 was eight points. So, even with eight one-possession losses, Cousins still managed to have three fourth-quarter comebacks and four game-winning drives among the eight starts he did win. He threw for over 4,200 yards, 33 TDs and only 7 INTs.

Anyone remember Cousins outdueling Rodgers in Week 11 or nah?

So yeah what's the argument that Cousins sucks again? I'm all ears. From afar, I don't like the dude as a person but the notion that he can't play is a tired one.

I'm a little hesitant to expect a lot from first-year head coaches. Definitely overestimated Brandon Staley's impact on the Chargers as they missed the playoffs this past year. That said, if O'Connell can bottle the magic that seems to manifest from that Sean McVay coaching tree and the defense can help convert some of these close losses to wins, the Vikings to win the NFC North at +275 in 2022 is a pretty decent value bet. Just saying!