The dissatisfaction was more to do with the way his predecessor was ousted rather than the arrival of the Spaniard - who was met by their Green Dragon ultras and forced to leave the room.

Having signed a two-year deal back in March, the 55-year-old left the club on July 1 alongside sporting director Mladen Rudonja following a dispute with owner Adam Delius due to a disagreement over new players.

Imagine you finally land your first head coaching job. You wake up that morning excited to say the same thing as every other coach in your press conference and hold up that jersey for the awkward picture. You maybe even have a pep in your step. However as you're sitting there these dudes come and start screaming at you. 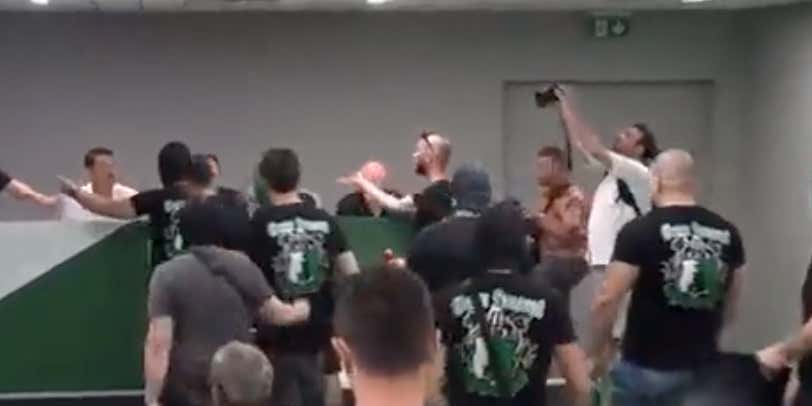 I know Albert Riera has played at every big spot possible. But you still gotta be a little scared when you're in Slovenia and dudes with masks start screaming at you. Not the ideal start to a managerial career. Then again, I respect the crazy fans. They disagreed with the club forcing out the former coach so they took actions into their own hands. Better than just complaining about it on Twitter.

I think I'd call it quits. Just no thank you to having no support from my own fanbase. Not worth it when you're doing a press conference for like 10 people too. I've said it before, I'll say it again. It doesn't matter where in Europe, but those fans are batshit crazy when it comes to soccer.