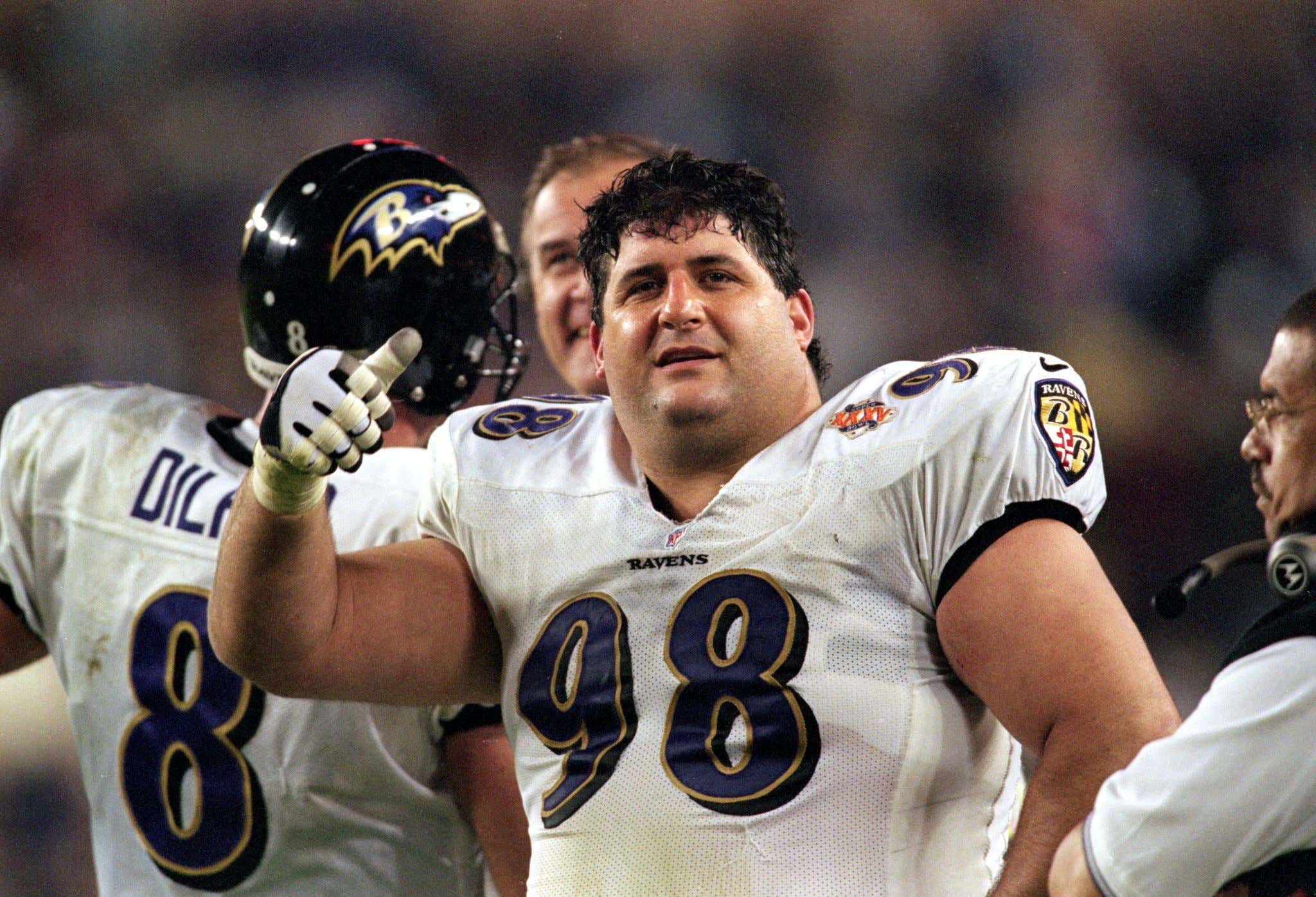 Man. Can't believing I'm writing the second one of these of the day. The rumors started trickling out around 1:30 today and I prayed it wasn't true. But apparently it is. RIP Tony Siragusa.

Guy lived his life to the fullest. That can't be denied. Guy went undrafted out of Pitt and was able to latch on with Indianapolis to start his NFL career. What did he do with his $1,000 signing bonus? He went to the bar with the boys and drank every last dollar of it that night. From there on, the guy grinded. Lunch pail guy if there ever was one. You don't make it 12 years in the NFL as an undrafted guy if you're not.

The height of his career was in the center of the defensive line of the 2000 Ravens. My favorite football team of all time and in my opinion the greatest defense of all time. Him and Sam Adams were absolute houses in the middle of that 4-3 defense. They ate up blockers and let guys like Ray Lewis do what they did best. Hit and hit hard. Goose's trademark moment in that Super Bowl run was in the AFC Championship game, when he knocked Rich Gannon out of the game with a hit that probably would've resulted in a 4 game sussy in 2022.

Can't say much about it other than "that's just old school football, baby".

He was probably the biggest character in one of the swaggiest defenses to ever play the game. The pregame intros from Super Bowl XXXV are so freakin good, some of my favorite content from that team ever. 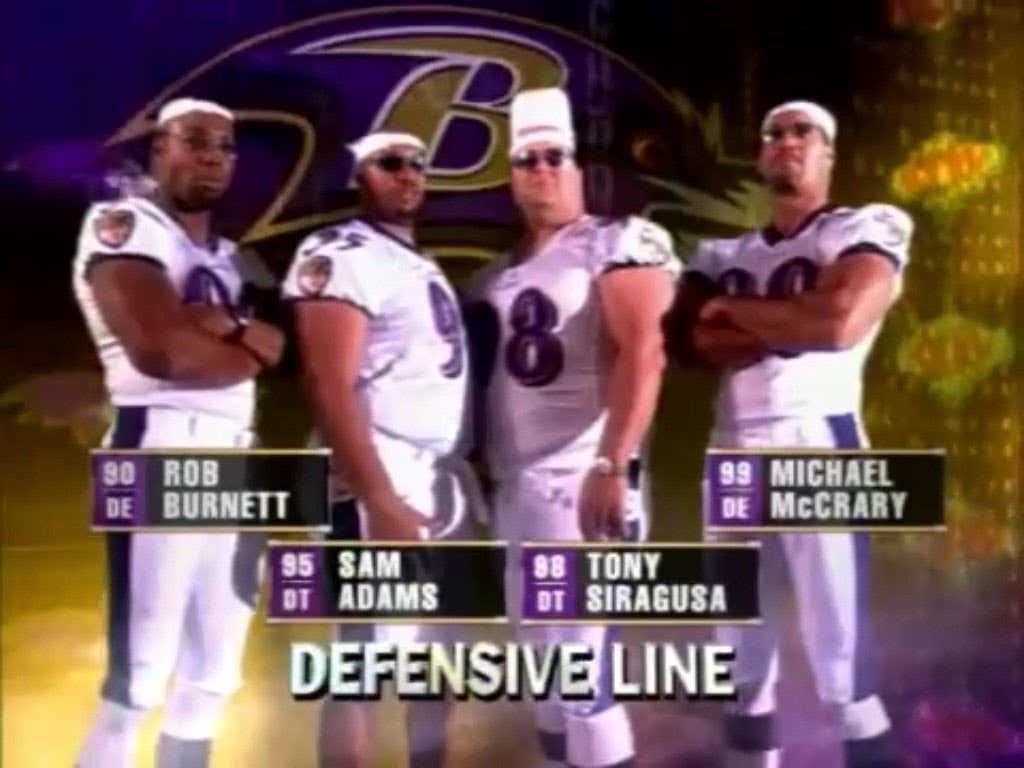 Of course, he parlayed that personality into a TV career post-retirement, which many know him most from. He worked sideline for Fox for a few years and slung adult diapers on TV and even had himself a cameo as one of Tony Soprano's drivers and bodyguards at the Bing.

Just an incredible personality gone from the world too soon at age 55. It was a good run, Tony. 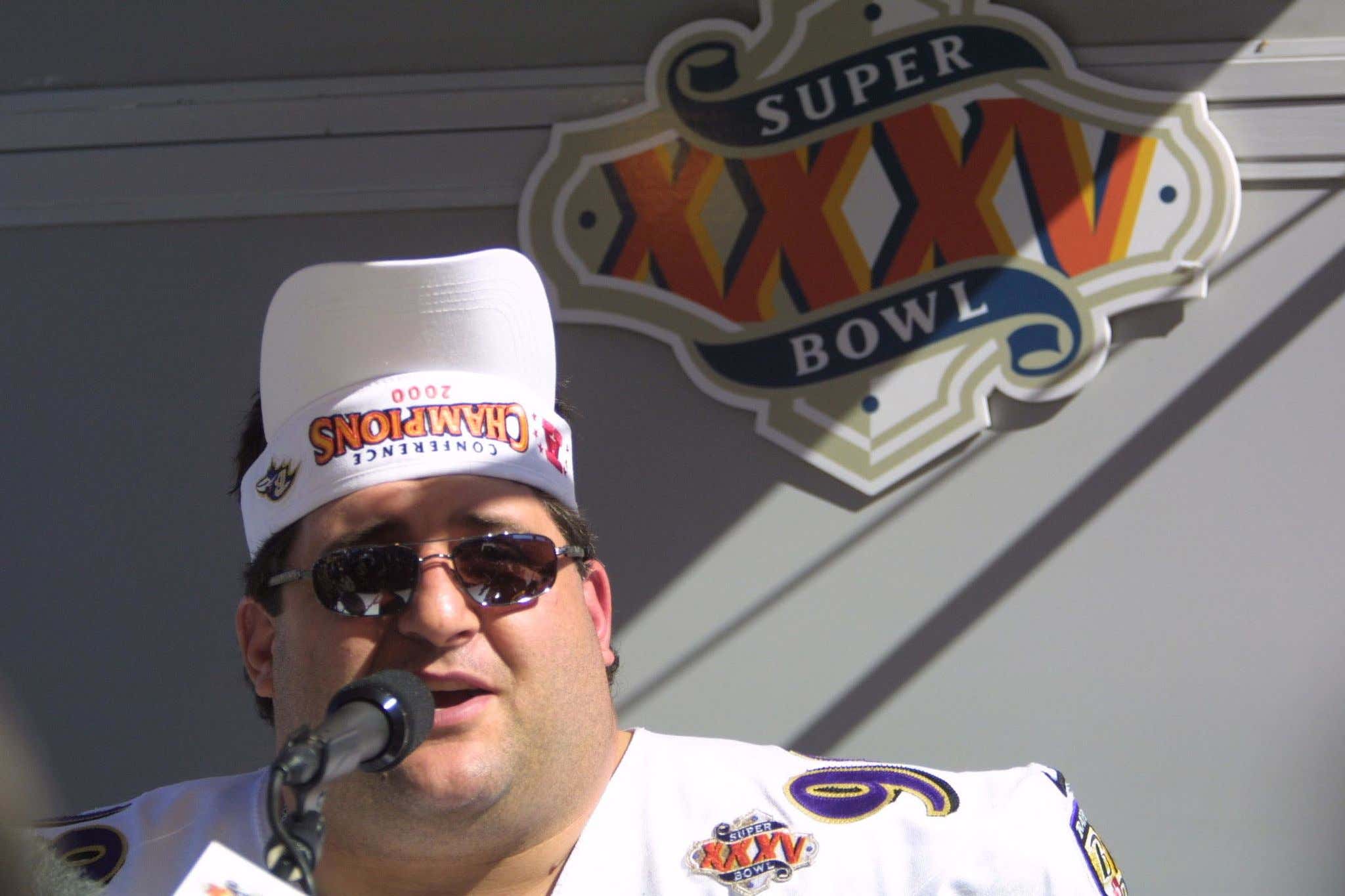