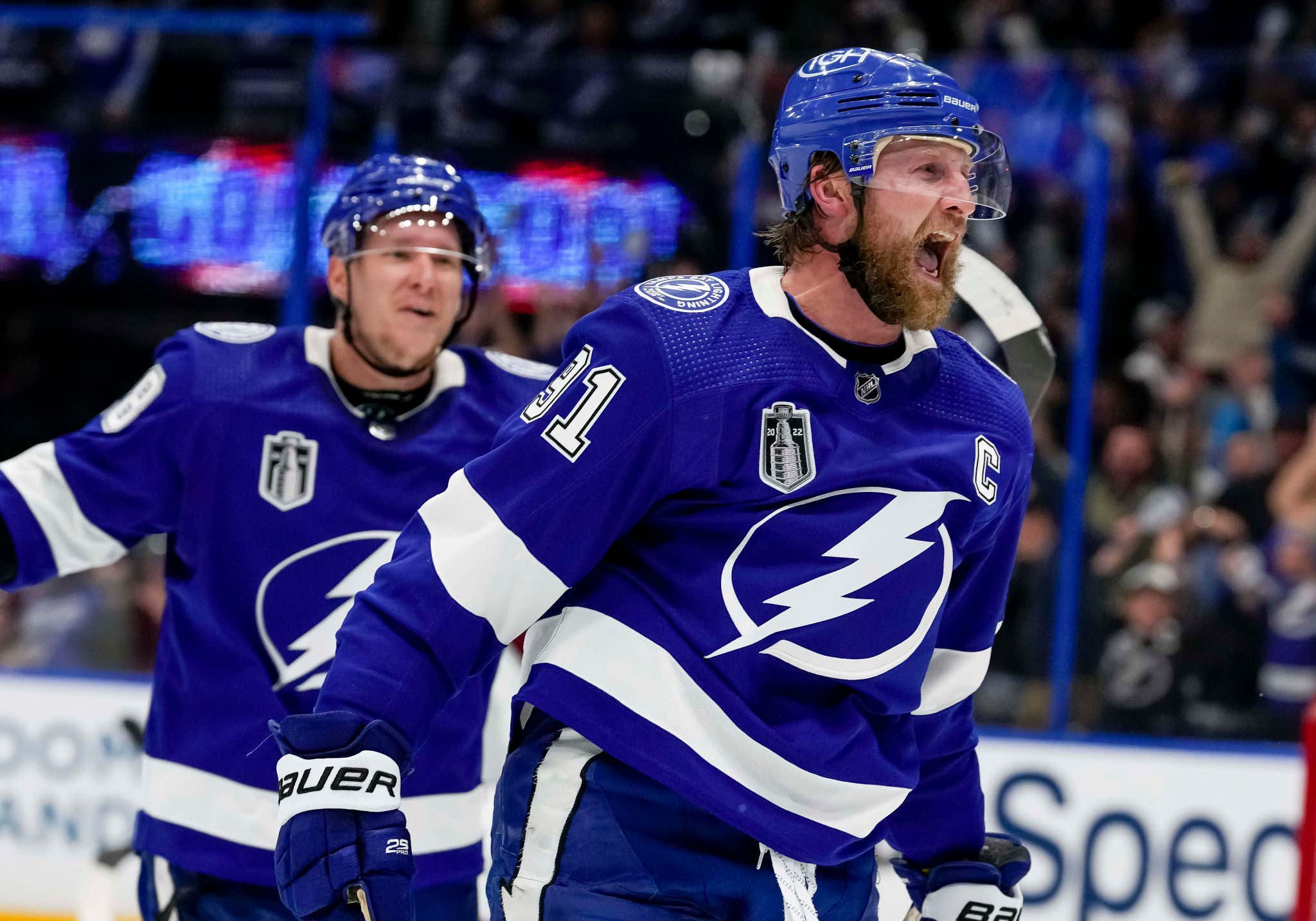 Game 3 of the 2022 Stanley Cup Final really was do-or-die for the Tampa Bay Lightning. They very much did and avoided virtual fatality.

Going down 0-3 would've been all she wrote, or all he wrote if I'm getting super meta. The Lightning knew this. They needed Andrei Vasilevskiy to snap out of his "need a Snicker hungry" trance that saw him get lit up for a 7-0 shutout loss in his last start. Like the back-to-back Cup champ he is, Vasilevskiy responded with several huge saves to keep Colorado at bay in Tampa.

While Vasilevskiy played like an elite netminder, the same couldn't be said for his counterpart, Darcy Kuemper. The clear weak link on this otherwise loaded Avalanche roster is who they have guarding the crease. Kuemper let in five goals on just 21 shots, and although some of them weren't his fault, there's no discounting the potential Stanley Cup glory getting him in his own head a bit.

But I don't want to take anything away from the Bolts. They looked largely overwhelmed, sluggish and outmatched speed-and-depth-wise in Denver across the prior two losses. Six different players scored on the night, which goes to show how many different ways Tampa Bay is able to win. Corey Perry wound making a little history with the final score of the evening.

Steven Stamkos' goal was probably my favorite of the night:

Gabriel Landeskog netted two power play goals for the Avs, but none of his teammates could get much going on Monday night.

The third period was a bit of a snoozer UNTIL THIS FIGHT BAY-BEEEEE!!

If I were someone objectively betting on this series, I wouldn't count out Colorado or overreact to this outcome. Again, the Lightning were in desperation mode. They were always going to have a greater sense of urgency. Kuemper had a bad showing, and may get bumped in favor of Pavel Francouz in Game 4. Regardless of who's between the pipes for the Avalanche, they're still 7-1 on the road this postseason, so it'd be pretty shocking if they get blown out again the next time they hit the ice.

To play devil's advocate to that, the Avs must shore up their defense and get better play in net, or else the Lightning will extend their own impressive home playoff winning streak, which now sits at eight. There's a certain threshold they can't allow Tampa Bay to cross — and based on how Monday went, maybe the Bolts cracked the code on how to attack their formidable adversary.

Gotta keep an eye out for Nikita Kucherov, who exited the game early in the third period and looked like he was in some pain. Let's hope Kucherov can play the rest of the way.

Dude is so electrifying and one of the flat-out smartest and most skilled hockey players on the planet. He had two assists to help the cause in Game 3.