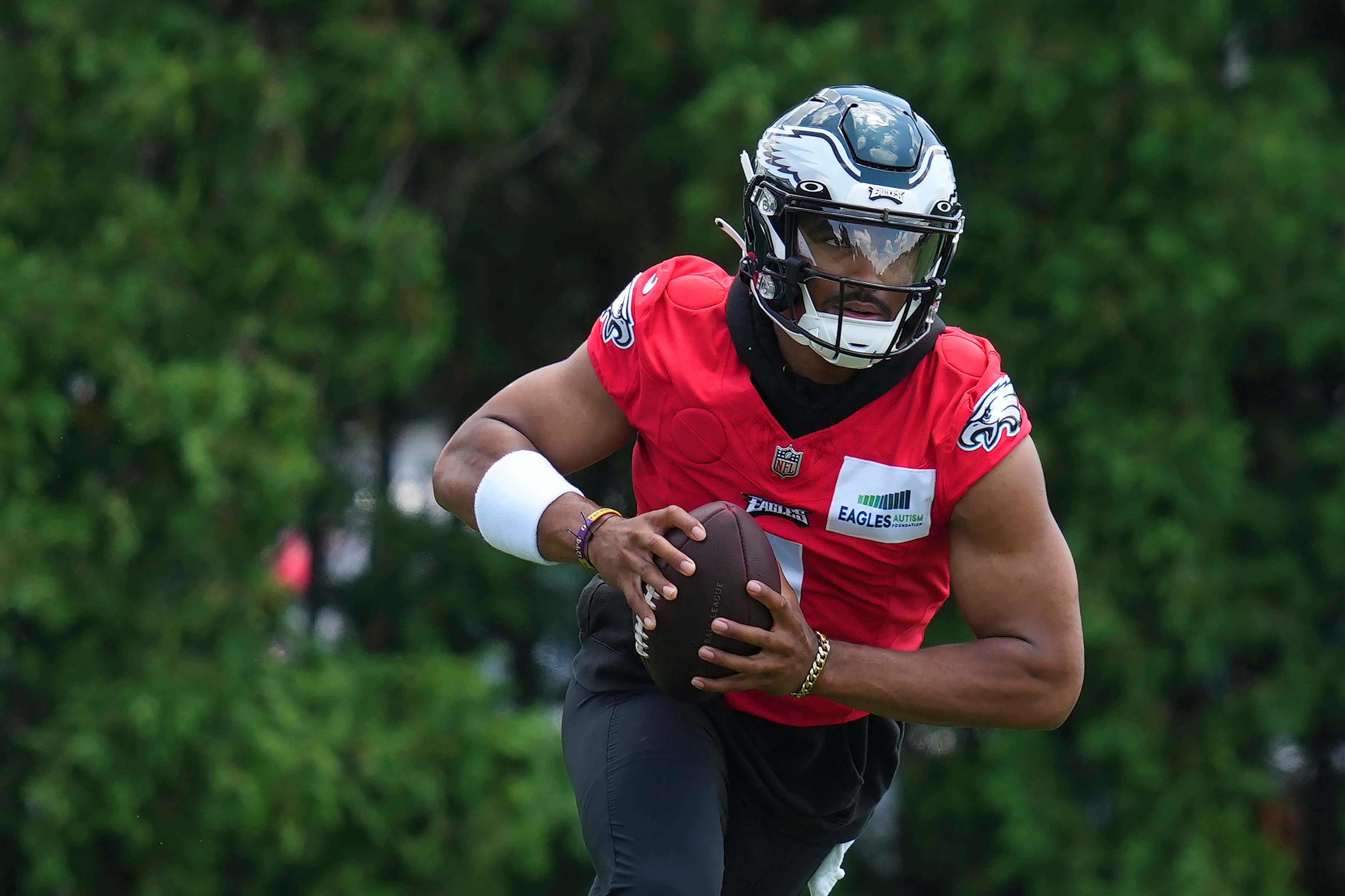 Jalen Hurts out here looking yoked out of his mind. Typically I'd be opposed to people curling in the squat racks. But I legitimately don't think you can load up a regular curl bar with enough weight for Jalen Hurts. And when you're dealing with a guy whose warmup weight is 585lbs for squatting…

I think he can do whatever the heck he damn well pleases in the squat rack. If that means he wants to superset with some curls, then by all means go ahead.

Considering my quarterback is looking like a power hitter in the 90s, I don't think he'll have any issue letting that thing fly.

O-line still great. Most jacked quarterback in the game. Lethal receivers all over the place. Birds might just be a wagon this year, folks.