Bob Fox and I are back in the basement for another quick recap of Stranger Things 4, this time we are covering the PENULTIMATE episode of Part 1 of Stranger Things 4, which is a fancy word for second to last episode that always brought the motherfucking ruckus on Thrones. We definitely didn't get anything that level this episode, but we'll see if the Duffer Brothers bring the heat from the Upside Down in the finale.

Onto the random thoughts!

- I would get mad at the Hawkins residents for blindly trusting the words of a jock to begin a witch hunt against some innocent kids. But I'm pretty sure a podunk town like Hawkins has literal witch hunts bimonthly.

- Another episode at Hawkins Lab, another episode where I want my eyes to be crushed by Vecna. This storyline better pick up soon because I'm starting to lose my patience (nice pun, Clem). My current working theory is that Vecna is Barb because that would be the closest twist we could get to Darth Jar Jar, which is true by the way.

- I can't believe how much I love Suzie. When they introduced her in Season 3, I thought she was going to be the annoying long distance girlfriend that causes Dustin to ditch the fellas. However, if you don't smile during their Neverending Story singalong to get everyone's asses out of the jackpot, you don't have a soul.

- While we're on the subject of losing souls, I don't know how Suzie's dad or any family with a family bigger than the McCallisters can function without their soul dying. I'm not even talking financially either. I'm talking about not losing your goddamn mind. I have two kids, with 50% of them being well behaved at all times. Mormonism may be the way to go because whatever they teach you in that religion clearly helps you get through the daily mental warfare of parenthood.

- Obligatory plug for the latest episode of Podfathers so the suits on the third floor don't axe us again.

- I hate hate haaaaaate how much I like Steve Harrington now. He has done PLENTY to make up for his douchebaggery in Season 1 (Sidenote: douchebagger is apparently a word since it doesn't have the red line under it when I type). However I simply cannot forget what he did to my sweet Nancy in Season 1, no matter how many good deeds he does. 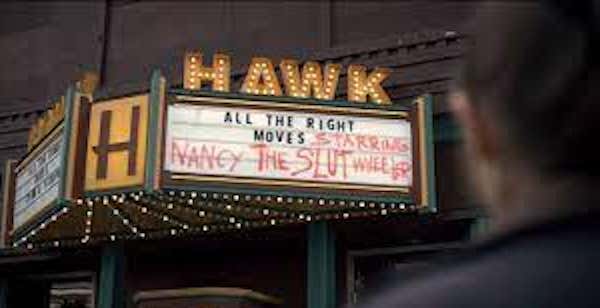 I'm not sure if we are in the forgiveness phase, the forget phase, or past both. But finding out the actor that plays Steve is 30 years old makes me feel a little better. 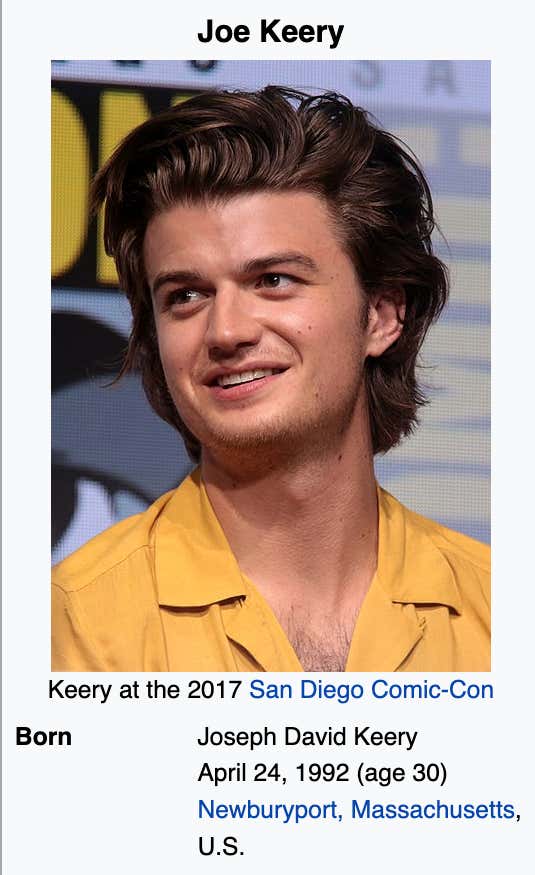 - Speaking of Nancy Wheeler, she is her. Always and forever.

- Gotta shout out the woman Nancy got it from in Mrs. Wheeler along with her new super 80s look.

Not to mention the necklace she's apparently been wearing for years now.

- If you can't get yourself a puss necklace, make sure to get the hottest shirt in Hawkins by signing up for the waitlist since these things sold out FAST.

- Last episode Robbie compared Murray's unlikely fighting skills to Roy Nelson, who I had never heard of since I'm a UFC casual. So I decided to include some of his best knockouts in this blog since I thought it was a good comparison and who doesn't love knockouts?

For quick breakdowns of every other episode of this season of Stranger Things, check out the videos below.