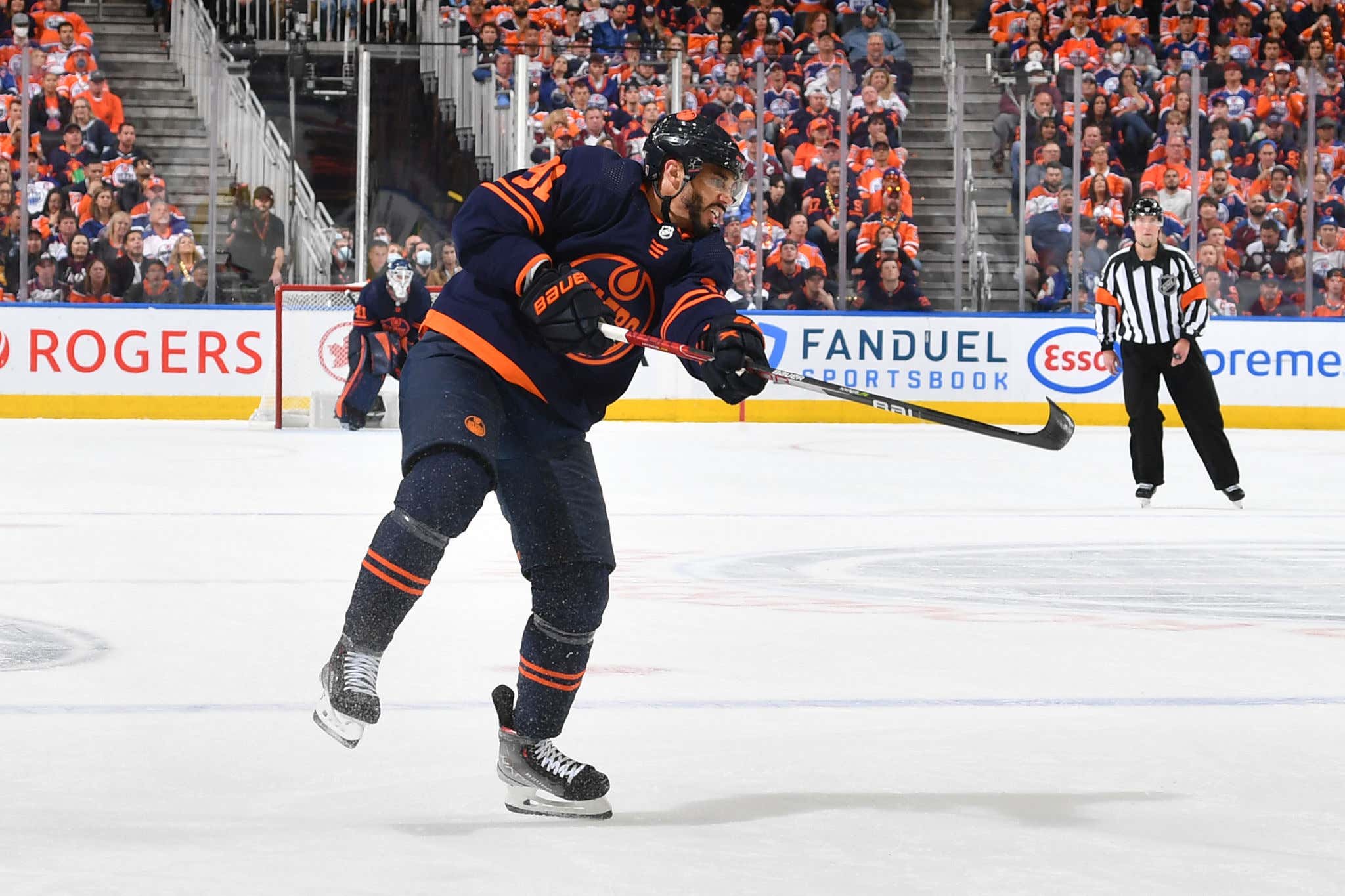 Here's what I said when the Edmonton Oilers went out and signed Evander Kane back in January.

Now we wait and see. Personally I don't see any scenario in which the Hockey Gods don't come down and smite the Oilers for this decision. I'd put the odds at this one blowing up in their face at around -750. But who knows. Maybe declaring for bankruptcy and having the entire hockey world talking about what a massive piece of shit you are for months on end will the a big ol' slice of humble pie that Evander Kane needs to scarf down in order to get his shit together. Doubtful, but we'll see.

I'd imagine pretty much everybody else outside of Edmonton had a similar reaction. It wasn't a matter of "if" the Oilers would regret signing Kane, but "when". It seemed like McDavid was regretting it back in the first round against LA after this "game 7" goal celebration.

Edmonton gets off to a hot start in game 3. McDavid scores in the 1st minute. Looks like maybe they'll have a chance to make a series out of this thing after all. They have momentum, they're on home ice, and then…Evander Kane pulls the biggest piece of shit move in hockey and drills Kadri from behind right into the boards. Nichuskin scores to tie it up in the 1st periods, he scored again to take the lead in the 2nd, and then Edmonton never had the lead again. And now Edmonton is down 3-0 in the series and they head into game 4 with Evander Kane getting a great view of the game from the press box.

Kadri is out for the rest of the series with an injury, and now Kane is done for the rest of the series too. The only reason this series wouldn't be over after 4 games is just if Colorado doesn't want to have to wait an entire week for the Lightning vs Rangers series to wrap up. Give the ol' gentlemen's sweep treatment to Edmonton just to make sure they don't get too much rest before the Final. But I'm sure they'd also appreciate ending Kane's career in Edmonton as soon as possible so a speed bagging in game 4 is certainly in play here tonight.