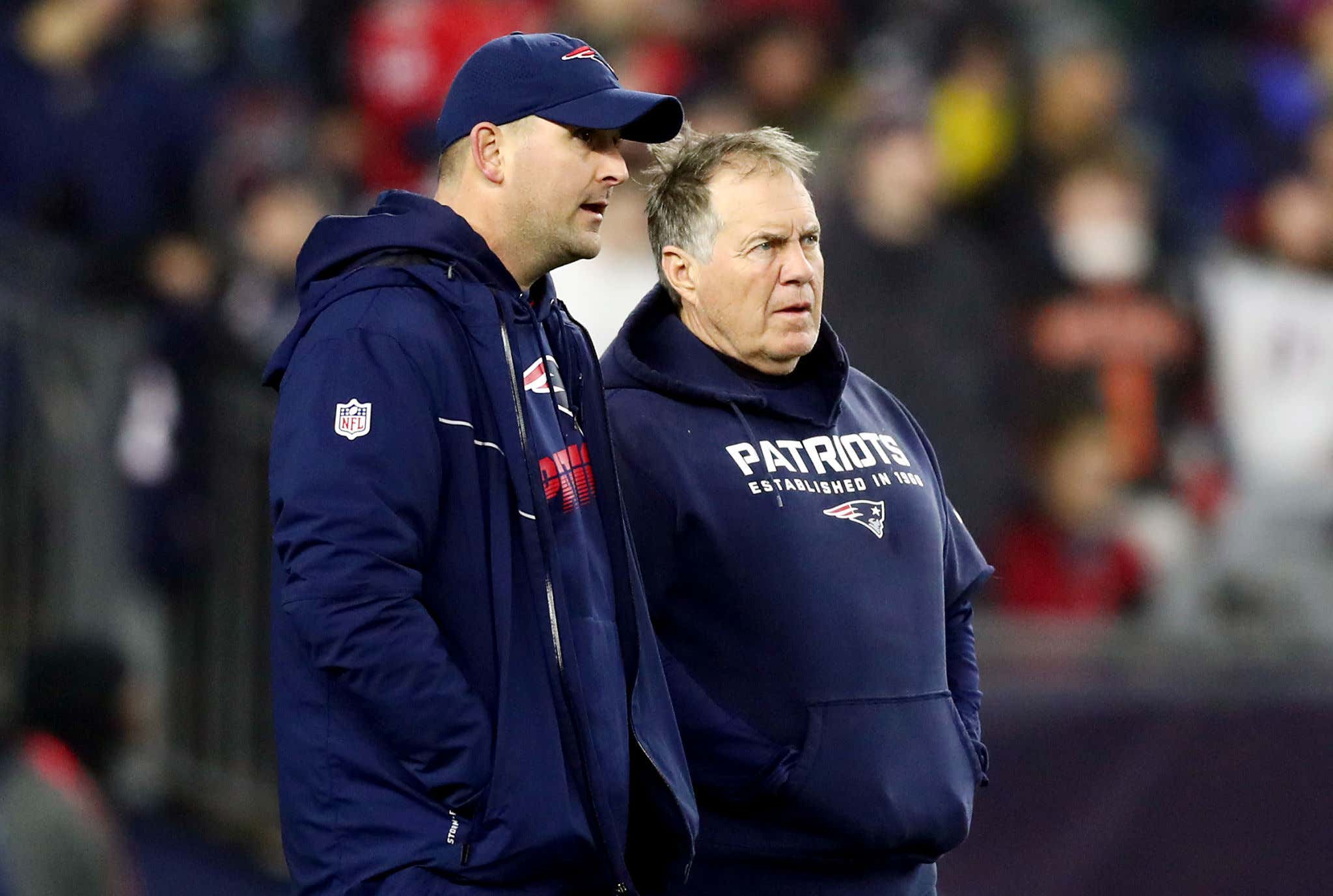 Without a doubt, the biggest question of the Patriots spring is who will be running the offense. It's one that has puzzled the experts. Befuddled the philosophers. Been unanswerable to both the scientists and the clergy. Defied explanation by the mystics and the statistics. And with only two practices open to the media so far, this riddle remains shrouded in mystery to all but the people working on the Gillette practice fields and sitting in the meeting rooms.

But one of them spoke. And what he said was possibly revealing:

To paraphrase, Kendrick Bourne says that the transition away from Josh McDaniels has been dope so far. Joe Judge is doing a great job. And, while conceding that "football is football," he concedes that it's been about learning new terminology, new words, and getting the old words out. Most tellingly, he calls it "a new system."

Maybe it's not that big a deal. But it feels like one. Even if we're just talking about tweaking some of the terms and nomenclature while retaining the same basic structure, this sounds like a departure from what the Pats have been doing since Belichick tunneled out of the Jets, swam through a river of shit, and came out clean on the other side.

I mean, it's possible I'm putting to fine a point on this. The Erhardt-Perkins system that Charlie Weis brought with him in 2000 dates back to Ron Erhardt and Ray Perkins, who developed it working under Chuck Fairbanks in the mid-70s. So it's changed and evolved over the generations. It was tweaked to fit different personnel. McDaniels certainly had to scrap a lot of it to fit Cam Newton's skill set. (For example, Newton admitted after he was released last August that he'd never been asked to identify a Mike linebacker in his football life before coming to New England.) And without question, layers had been added to it. Gadget plays. Constraint plays to counter certain tendencies that defenses were beginning to overplay and so on.

But right or wrong, I have always had the sense that there was a direct through line from the first meeting Weis had with Drew Bledsoe to McDaniels' last with Mac Jones and everyone in between. That Weis, McDaniels and Bill O'Brien were all speaking the same language. And that someone reading the 2004 playbook that was leaked online a bunch of years ago would see the same playcalls that were appeared on the wristband worn by Mannequin Tom Brady in the Hall at Patriots Place. 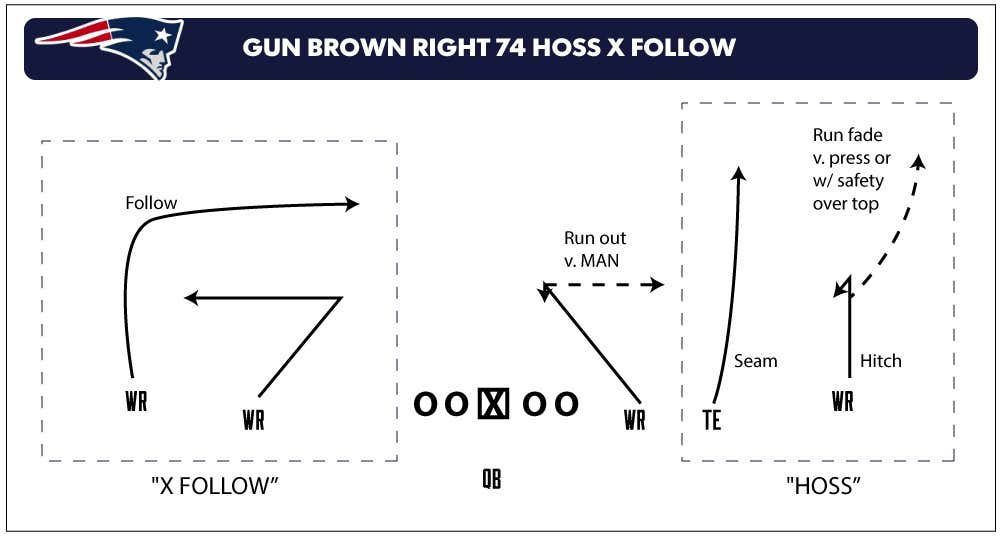 After listening to Bourne, I'm not so sure.

How radical the changes are, remains to be seen. The practices they've had so far have been extremely limited. Not much more than walkthroughs and light workouts with both sides of the ball focusing on installation at this point. But there's been some speculation that they'll be adopting more of a Sean McVay, Kyle Shanahan approach, with more motions, Jet sweeps, counters, and so on, to attack the perimeters and open up room in the middle of the secondary. The fact they tried to find various ways to get Jonnu Smith the ball last year (and need to do even more going forward) and signed a positionless weapon like Ty Montgomery, would suggest they'd benefit from a more pre-snap movement-based scheme.

If we know nothing else, we Joe Judge clearly is putting his stamp on an offense he's familiar with, but has never helped run before. I'll confess in this case, my default setting is to fear change. I'm a big believer that if something ain't been broke in 23 years, don't fix it. So it's going to be fascinating to watch this unfold. And find out to what extent changes are, in fact, made.

The good part of this so far is that one guy I do trust to run this thing appears to be doing exactly that. Mac Jones has not only been seen coaching up his receivers down to the finest detail:

… he's been the last one off the practice field, working on deep balls long after everyone else has gone home.

I took perverse joy in witnessed Clem's suffering at the hands of Joe Judge's coaching enough to be wary of any major changes he makes to anything here. But if Jones is running things, and Bill Belichick signs off on any tweaks that are made, I'm willing to be cautiously optimistic. It's just that after winning six Super Bowls with a system - and seeing how well a rookie quarterback did with it last year - it's hard not to be skeptical of anyone messing with it. No matter how minor the changes.