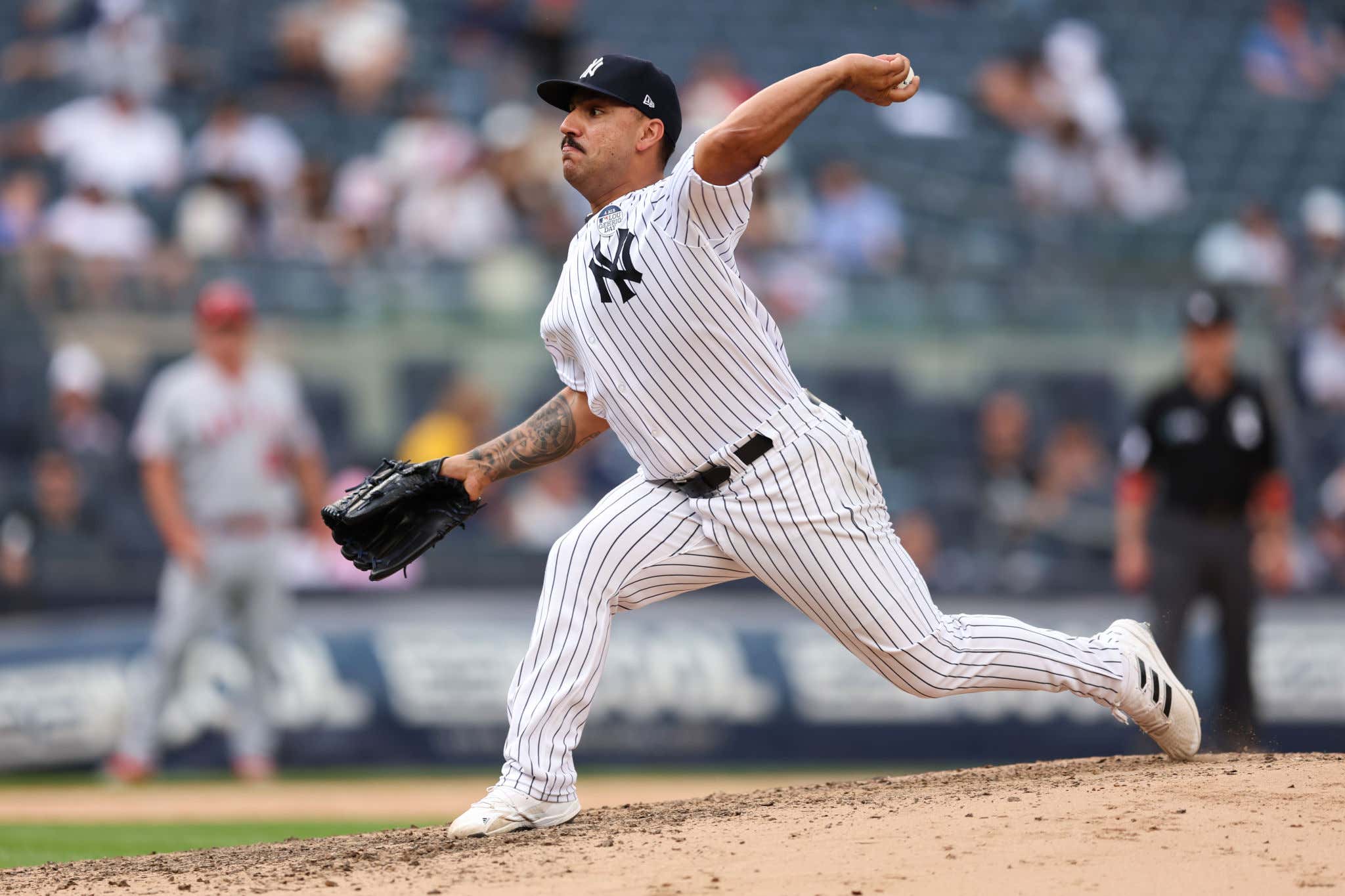 Big matchup in The Bronx today with the best pitcher in baseball going up against the extremely talented Shohei Ohtani. Nasty Nestor went onto dispatch an Angels lineup that ranks in the top of pretty much every statistical hitting category. He completely shut them down, as he does to every opposing lineup he faces.

While Shohei got knocked around once again in New York, Nestor tossed seven shutout innings, seven strikeouts, and gave up just five measly hits against the Halos. Domination.

Over his final two innings he threw a combined 11 total pitches. For good measure he even picked off a sleeping Shohei at first.

It was all Nestor all day in the first of two against the Angels on Thursday. This was Nestor's 19th consecutive start allowing 3 runs or less. NINETEEN!!! Only Russ Ford (20) in 1910 had a longer streak in Yankees history. Look where he ranks this season among MLB pitchers.

It's not even close to an exaggeration when I say if the All Star Game was tomorrow Nestor would be starting it. Coming into today look at the dude's game log.

I don't care for Passan trying to curse him here, but he really is the best story going in baseball right now.

Nestor along with the rest of the staff in Cole, Jamo, Montgomery, and Severino have joined forces to form the most effective pitching staff in baseball. Everyone always looks to knock the Yankees for the Short Porch in right, but how come the pitching staff continues to shove and give length seemingly every single game? Incredible job by pitching coach Matt Blake and Jose Trevino (ranked number 1 in almost every catching stat) for doing their part and helping these guys excel.

If you haven't already put some respect on the Yankees pitching and more specifically Nestor Cortes Jr.

We're way beyond the point where any of this is surprising. If you watch Nestor enough there isn't any more "how is he doing this." It's expected every start he is going to dominate and give you length as any Cy Young candidate would do. That's exactly what he is.