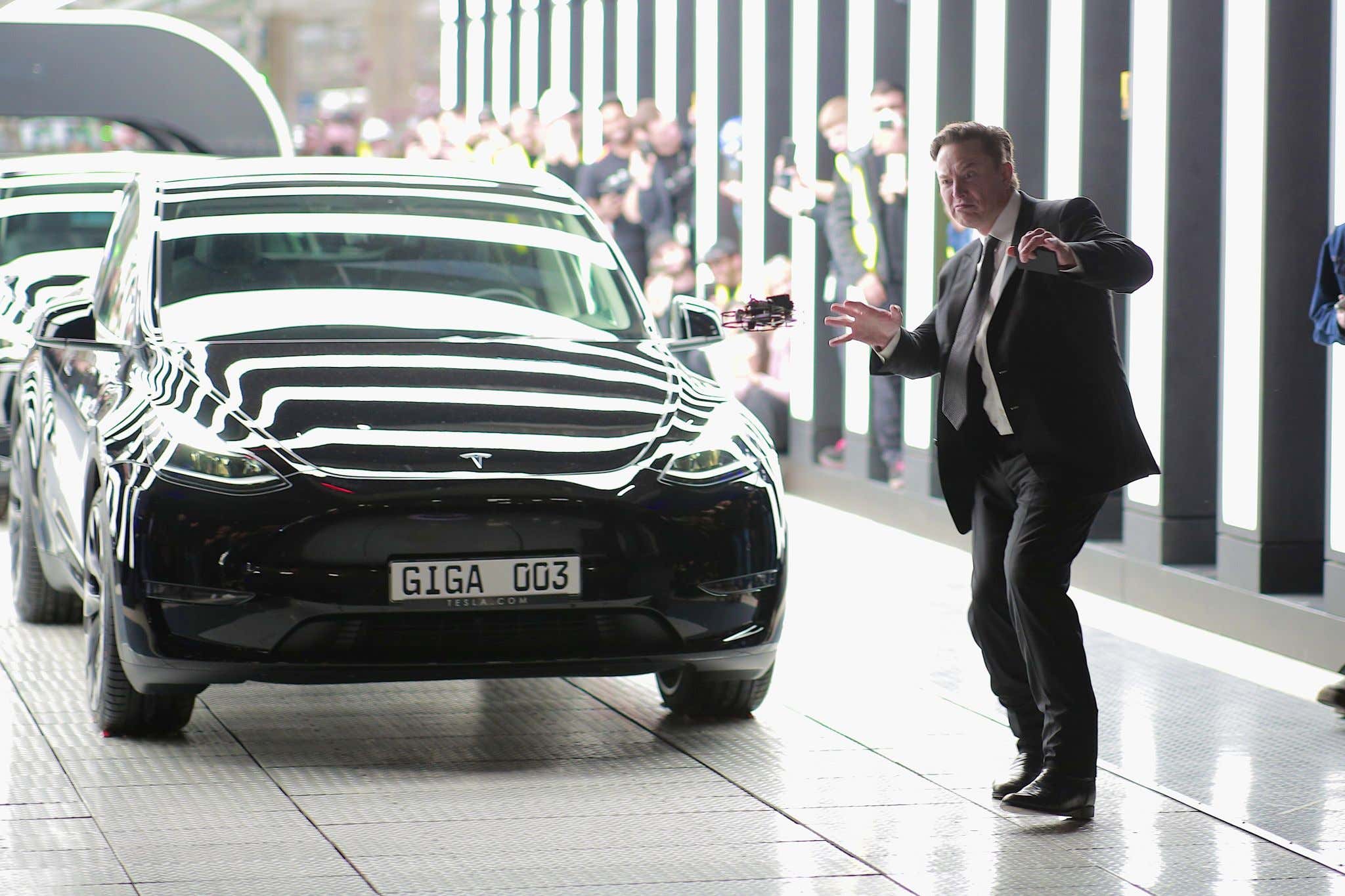 You'd probably be right if you assumed that life for most preposterously rich multi-billionaires would get sort of dull. That the day-to-day routine of having nothing to work for, no conflicts of any kind would sort of get monotonous after a while. Humans are wired to struggle on some level. To push back against opposing forces. Otherwise we atrophy, the way an astronaut's muscles do when they spend too much time in a low gravity environment. A life of ringing a bell and having a butler appear to cater to your every whim sounds tempting on one level. But on another, it sounds like life as a zoo animal. A mighty lion born to hunt, but being fed instead. There must be only so many mega-yachts you can sail, luxury mansions you can buy, masked orgies filled with gorgeous Russian hookers you can attend.

That is, unless you're the World's Richest Man [TM]. With Elon Musk, there is never a dull moment. Not a one. Why, just in the past few days, the shape of his dick became an issue for public debate. His three-way sex with Amber Heard and Cara Delevigne became part of the public record in the most high profile and tawdry defecation defamation lawsuit in memory. And now, he's under fire for an internal email he sent to his executives at Tesla:

Source - Elon Musk has demanded Tesla staff ditch home working and hit out at his HR department for living in separate states to the factories they run.

Employees of the electric car-maker are now expected to spend a minimum of 40 hours a week in the office or be fired.

A letter sent by Mr Musk to Tesla staff on Tuesday and leaked online said: “This is less than we ask of factory workers.

“If there are particularly exceptional contributors for whom this is impossible, I will review and approve those exceptions directly."

He appeared to directly address one particular staffer, citing an example of a person “being responsible for Fremont factory human relations, but having your office be in another state.”

In response to the leak, Mr Musk said remote workers should “pretend to work somewhere else”.

And because this is 2022, and Elon Musk we're talking about, the reaction to the policy and the Tweet were less than supportive:

There are hundreds of these replies, expressing similar sentiments, getting hundreds and even thousands of interactions.

This fucking guy. You think some business leaders, politicians, pundits or teenagers with TikTok accounts are influential? He can't even send an internal memo to the people who have his signature on the front of their paychecks (I know everyone has direct deposit, I'm keeping the expression a while longer) without stepping right into the middle of the No Man's Land of our latest culture war.

When people were ordered to stay home two years ago, we all had to see this coming. Once you tell them they can do their jobs from a home in their pajamas, it was going to be next to impossible to get that toothpaste back into the tube. Inevitably, they were going to demand to know why they could get all their work done from that desk they set up in the living room in June of 2021, but in June of 2022 they had to shower, shave, get dressed, sit in traffic/stand on a train for an hour, then sit at a desk listening to Dennis in the next cubicle prattling on about his Obi Wan Kenobi theories.

These are weird times. We're going through a huge transition when it comes to work life. And maybe some good arguments can be made for certain jobs to be done better at home. But what we're dealing with now in this whole debate is the fallout from the biggest mistake of the lockdowns. Which was dividing the country into "essential" and "non-essential" workers. And into the ones who had to physically show up to get paid, and those for whom it's too dangerous, so we had to keep them safe and sound at home. It wasn't a right/left divide. Or even Covid denier/Covid alarmist. It was a division along class lines. Blue collar vs. white collar. People who work with their hands vs. Zoomers. The older guy with special needs still had to show up to bag groceries for 50 cents over minimum wage. So did the dental hygienist, the physical therapist, the EMTs, the construction guys and of course everyone at the hospital. Sure, the virus might get them, but whatareyagonnado? While the people who work in spreadsheets, make policy and conduct meetings got to stay in and wait for their food deliveries. And that goes for the guy on the factory floor securing the steering wheel to the column on a Tesla vs. the lady who signs him up for his 401K.

So we had to expect that when it was time to go back to the office, there's be pushback. There was no other way this could play out. But if these white collar workers expect a groundswell of support, they've got another thing coming. It's not in anyone's nature to take the side of the World's Richest Man [TM] over a regular wage slave trying to eke out a living in tough times. But this isn't exactly the West Virginia Mine Wars or the Great Railroad Strike of 1877. The Tesla offices aren't the slaughterhouses Upton Sinclair wrote about in The Jungle. If the working conditions were harsh and employees were being treated unfairly, I think we'd all be standing  the downtrodden workers of the lumpen proletariat, encouraging them to unite. But Tesla's in-house legal department will have to forgive us if we're not whipping up a ton of sympathy because they don't want to  work in-house any more. Unlike the people on the assembly line, the custodians and the security guards, who put in their 40 hours every week.

The beautiful thing is that it's a free country, with a free market, and free workers who are free to take their talents elsewhere, rather than bellyache about the unfairness of it all on their CEO's Twitter feed. God bless America.