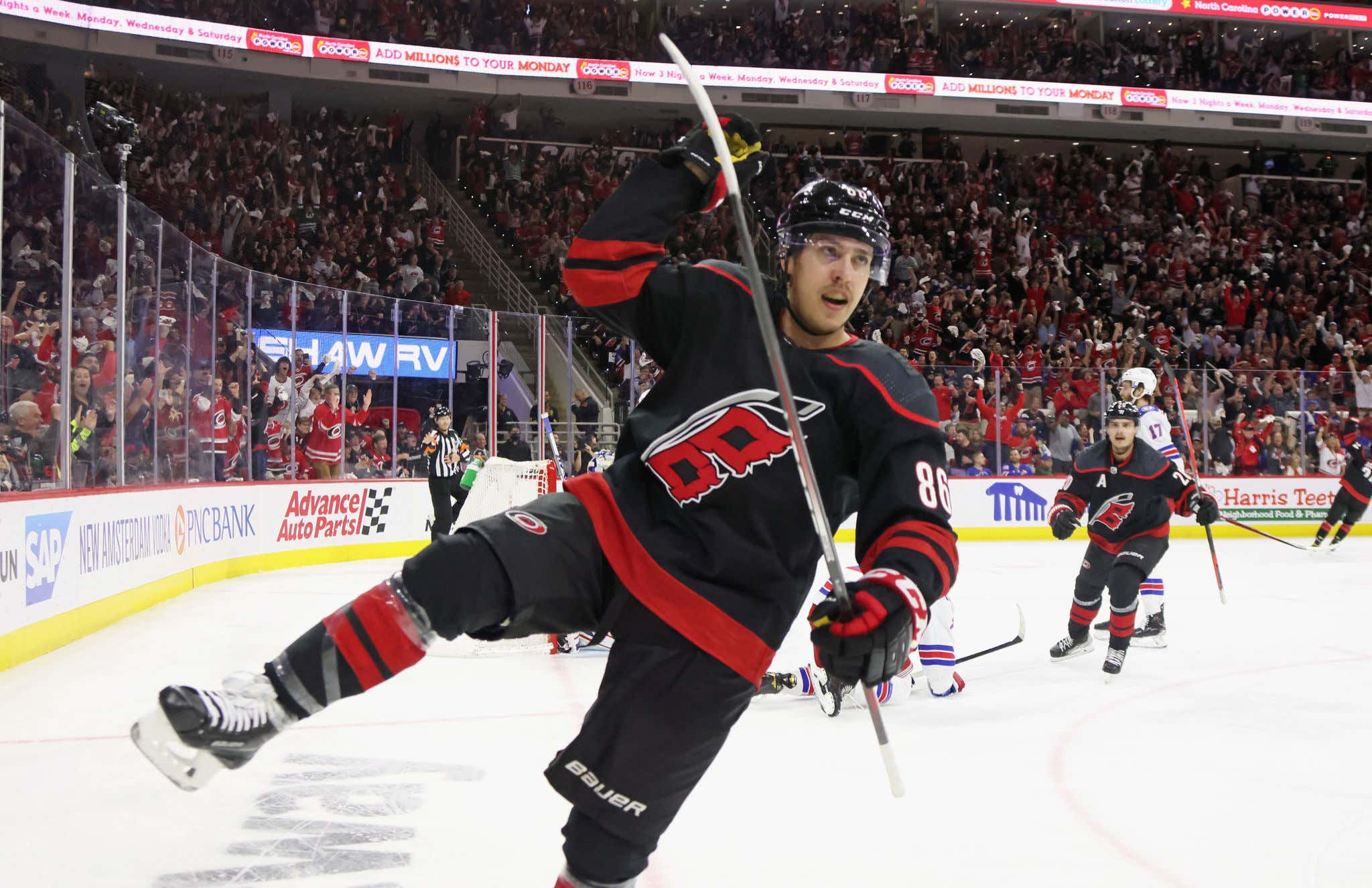 Alright. Apparently the folks who specialize in/are most passionate about the New York Rangers for this blogosphere are sulking/in their feelings/podcasting/otherwise preoccupied too much from Game 5's 3-1 loss to the Carolina Hurricanes that they can't bring themselves to post about it. Don't worry.

Literal seconds after this recap is submitted, 610 comes FLYING IN to reaffirm my faith in Rangers coverage

BUT STILL. My point stands. SOMEONE needs to give the Hurricanes props for fucking the Blueshirts up, ambushing MVP-caliber goalie Igor Shesterkin yet again, and seizing a 3-2 lead to pull one win away from the Eastern Conference Finals.

That achievement in and of itself is impressive enough. What I'm getting at is Carolina's downright dominance at home during the 2022 Stanley Cup playoffs.

Seven home wins in a row. Talk about protecting your own ice. PNC Arena has become among the most intimidating places for any opponent to play. The Canes finished just ahead of the Rangers in fewest goals allowed per game in the regular season. However, their group of forwards isn't as top-heavy as New York's, and that depth and production is really shining through in this series. Carolina looks fresher and like the superior team that won six straight to close the 2021-22 campaign and held the Rangers off by six points in the final Metropolitan Division standings.

For as much improvement as New York has made in this single season from where they were this time last year, they're too easily bullied and have succumbed to the Canes' physicality too often. Even as the Blueshirts tried to keep up in that department on Thursday and outhit Carolina for the first time all series (31 to 30), they were outshot at a 2-to-1 rate, 34-17.

Exerting that much effort to match up better with the formidable hosts also led to some sluggish sequences and critical slip-ups, including a shorthanded goal by Vincent Trocheck to open the scoring:

While the visitors did well to score a power play goal for the third straight game to tie the score, they struggled with puck possession all evening, and couldn't contain Teuvo Teravainen once the Canes got their best look with the man advantage:

Haters will say the Rangers got hosed and Carolina got lucky when their would-be equalizer was called off due to offsides. May be true, but the finer details matter, and that's an area where the Hurricanes have consistently out-executed their adversaries all year.

Love me some Adam Fox…look at how lazy he's being here in the neutral zone. A tough mistake the young gun can learn from. Andrei Svechnikov is the beneficiary, sticking it right through Shesterkin's five-hole to add insult to injury:

In case you aren't impressed yet by what I've described, try this anecdote on for size:

Shesterkin can only do so much between the pipes. He played out of his damn mind in Game 3 as he's done many times throughout the 2021-22 campaign, particularly at Madison Square Garden. After making 43 saves in that one, Shesterkin had 30 in his next start to help tied the series at two apiece.

Goalie play is the ultimate equalizer in the postseason. Saying that, Antti Raanta really had only one dud of a performance, which was Game 4's 4-1 defeat. Otherwise, he's held his own against an elite counterpart. Pretty impressive considering typical starter Frederik Andersen — who finished second to Shesterkin in regular-season GAA — has been sidelined by an injury the entire time.

So look, I want a MacK vs. McD (Nathan MacKinnon vs. Connor McDavid) Conference Finals out West and the Shesty-led Rangers dueling with the two-time defending Cup champion Lightning and Andrei Vasilevskiy as much as the next guy. It just may not be in the cards. The Canes are for fucking real. They proved it again tonight, and it's about time somebody around these parts talked about it.

Shop for hockey gear at the Barstool Store here.