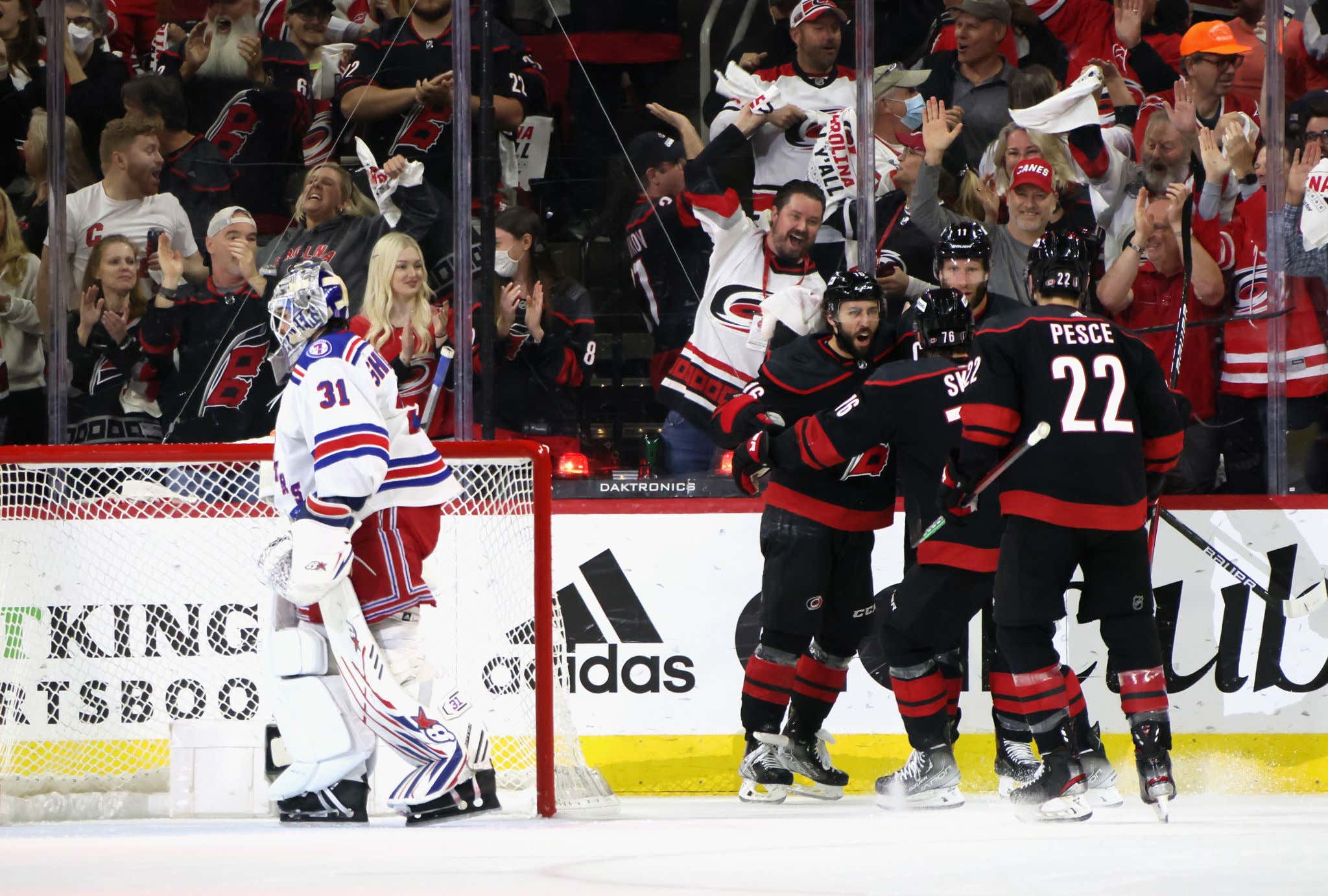 So…apparently the Canes aren't ready to lose at home. Not by a longshot. Tonight was just a methodical, textbook Carolina Hurricanes display dictating the entire game and never really letting the Blueshirts have much life. It certainly doesn't help handing them another prime shorthanded opportunity to open the scoring - which the black and red cashed in beautifully - but after Mika lit the lamp on their next powerplay and the first period ended even Rangers fans hoped that maybe they withstood the storm and could turn the tide going forward.

It looked for a moment it was happening after Ryan Strome snuck one through Raanta's fivehole, but an obvious offside took the goal off the board and from there it was the Carolina show. Each period they doubled up NY in shots and pounced on any mistake they made. No matter what the Rangers tried they couldn't get anything going in the neutral zone and if they did, the Canes shut it down quick in the d-zone and flipped play the other way. Hard to find many positives in tonight, but this is one where you tip your cap. The home squad won this game way more than the Blueshirts lost it.

So back we come to MSG with the Rangers on the brink of elimination. They've staved it off three times so far and will have to do it again to force a Game 7 where anything can happen. Hard to find the confidence to think this Hurricanes squad can drop an all-or-nothing contest in Raleigh but there's only one way to find out.

Do your thing at the Garden Saturday night first.