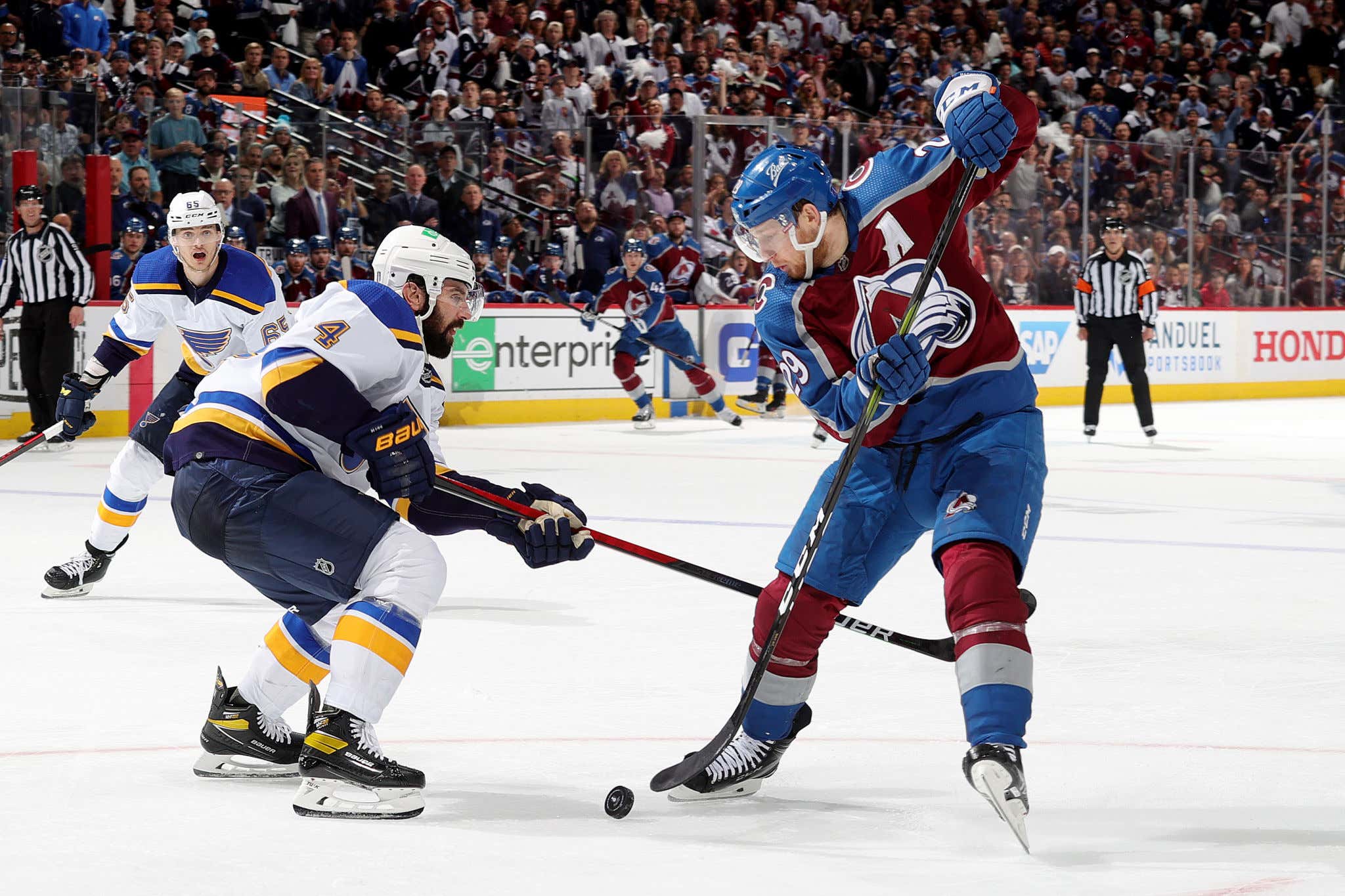 Oof. Rough to be a Colorado Avalanche fan right now. Tyler Bozak with the absolute RIP past Darcy Kuemper to silence the stunned crowd at Ball Arena.

I was ready to just write a simple piece that led off with, "NATHAN. RAYMOND. MACKINNON" and pretty much focus on his huge three-goal evening and how he helped lift the Avs to the Conference Finals. While he's still a big, important part of what transpired on the ice on Wednesday, let's just say shit got a little more complicated than anticipated.

The Avalanche superstar hadn't scored a goal for the entire second round after lighting the lamp in every single game in a quarterfinal sweep over Nashville. In Wednesday's Game 5 against the St. Louis Blues, MacKinnon was leaving nothing to chance. Yeah, he had two first-period goals, but the third one he slipped past Ville Husso was a thing of absolute beauty.

Quick aside: If you want an idea of how deep the Avs are, realize that they just NEARLY knocked out the last team to have won the Stanley Cup before the two-time defending champion Lightning. In five games. Without MacKinnon finding the back of the net in the series until tonight.

Some of that championship DNA is still in St. Louis, because the Blues could've easily packed it in and conceded once Gabriel Landeskog's goal at the 4:02 mark of the second period made it 3-0. But nope, St. Louis decided to stage an incredible rally, showing off the type of resilience it takes to hoist Lord Stanley's Cup. They tied the score at three when Justin Faulk lit the lamp for the first time in these playoffs.

MacKinnon's hat trick is a great achievement. It's dope. To do it in the postseason in a close-out scenario in front of your home fans? Even better. His second goal, in terms of style points, was probably my favorite of the night:

Well..that Mac hattie would've been truly ideal if, you know, Colorado didn't have a collective breakdown and allow Robert Thomas to notch the equalizer with 56 seconds remaining to force OVERTIME!!

We already touched on Faulk stepping up in a big spot, but Thomas hadn't scored in the playoffs until tonight either — and he did so twice. Unreal. Making matters even worse, Colorado rattled off five of the first six shots on net in overtime before Bozak's winner.

See, the Avs have had pretty much everything in place to compete for a Cup in recent years. They've been knocked out in the second round in each of the last three postseasons. It's not dissimilar to what Tampa Bay went through before its back-to-back championship runs. We see versions of this across other sports, too. You just need time, experience, and good old-fashioned suffering to get over the hump sometimes.

The silver lining to all this for Colorado is that it's still a 3-2 series lead for them. To say MacKinnon is back in form is an understatement. This is exactly the wake-up call that can snap the Avs out of any complacency they might've had.