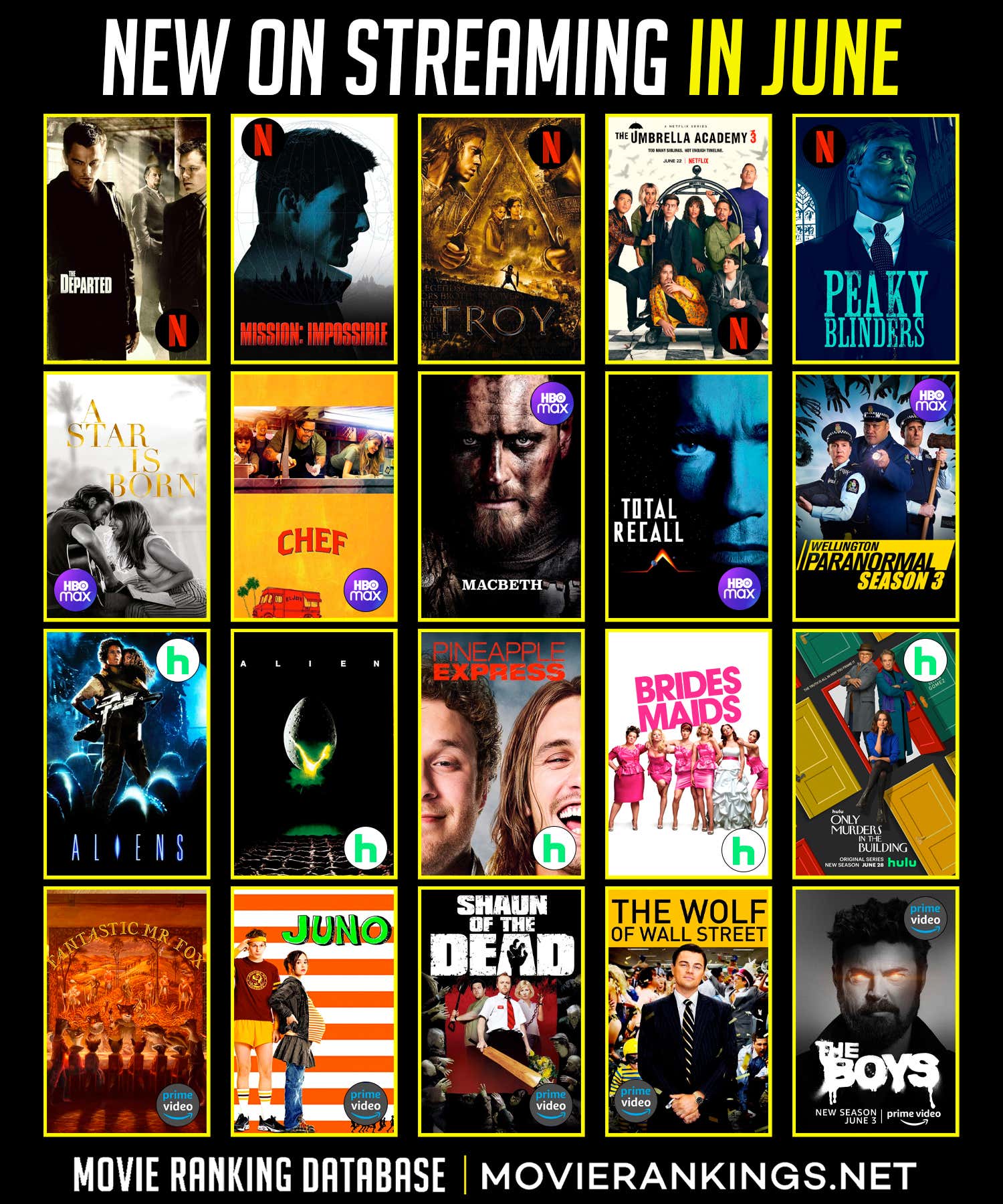 Tommy sets off to North America, where the end of Prohibition brings new opportunities. But he faces new danger from an old adversary who is finally making his move.

Peaky Blinders has been one of the most consistent shows on television and I truly cannot wait to watch this new and final season. I tried to VPN it through England, but got scared off by the british streaming police.

Seasoned musician Jackson Maine discovers — and falls in love with — struggling artist Ally. She has just about given up on her dream to make it big as a singer — until Jack coaxes her into the spotlight. But even as Ally's career takes off, the personal side of their relationship is breaking down, as Jack fights an ongoing battle with his own internal demons.

This movie has some great music, incredible acting and one of the most accurate portrayals of addiction I have ever seen in a movie.

A team of explorers discover a clue to the origins of mankind on Earth, leading them on a journey to the darkest corners of the universe. There, they must fight a terrifying battle to save the future of the human race.

This movie has it's flaws, but I honestly think it is one of the better sci-fi movies in recent memory from a pure technical standpoint.

Shaun lives a supremely uneventful life, which revolves around his girlfriend, his mother, and, above all, his local pub. This gentle routine is threatened when the dead return to life and make strenuous attempts to snack on ordinary Londoners.

Shaun of the Dead remains one of the funniest movies of the last 2 decades. Both this and it's sister Cornetto movie, Hot Fuzz, are both incredibly rewatchable and hold up great.

During its return to the earth, commercial spaceship Nostromo intercepts a distress signal from a distant planet. When a three-member team of the crew discovers a chamber containing thousands of eggs on the planet, a creature inside one of the eggs attacks an explorer. The entire crew is unaware of the impending nightmare set to descend upon them when the alien parasite planted inside its unfortunate host is birthed.

When Ripley's lifepod is found by a salvage crew over 50 years later, she finds that terra-formers are on the very planet they found the alien species. When the company sends a family of colonists out to investigate her story—all contact is lost with the planet and colonists. They enlist Ripley and the colonial marines to return and search for answers.

I love these movies so much and am still so impressed by them. Ridley Scott made a phenomenal scifi horror movie and James Cameron turned it into one of the best scifi action movies.

June 16th: Father of the Bride

June 28th: Only Murders In The Building S2