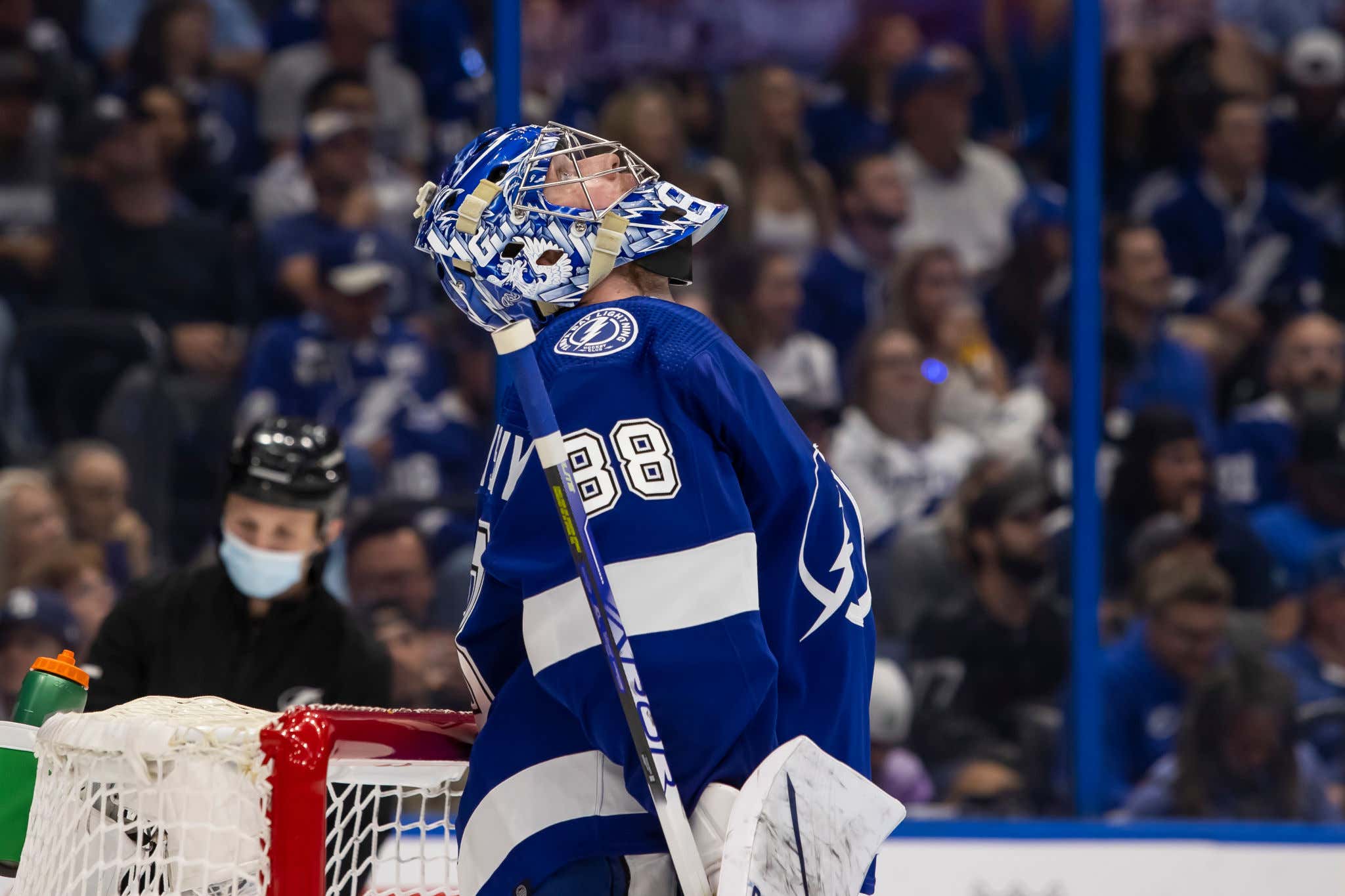 Great story today posted by Chief about how the Florida Panthers partied at strip clubs in an attempt to galvanize themselves and avoid a sweep at the hands of the Tampa Bay Lightning.

I mean, you can't really argue with the competitive fire the Panthers showed in Game 4 at Tampa, and they almost doubled the Lightning in shots on goal. Unfortunately for the visitors, Andrei Vasilevskiy was the opposing goalie and decided to put up yet another masterpiece. A fucking 49-save shutout. Absolute brick wall.

Nobody scored more goals in the regular season than the Presidents' Trophy-winning Panthers and their 340. They only found the back of the net on Vasilevskiy three times in four games. For a guy who won the Conn Smythe on a Cup run last year, it's nuts that Vasilevskiy may be playing the best hockey of his career right now. He was under siege all night. Never flinched.

ON TOP of all the mojo Florida had, the Bolts had to overcome some unique adversity in their own right. I mean how often do reviewed goals get overturned? It's either just to double-check something wasn't strange, and in the case of coaches' challenges, it's truly an exercise in wishful thinking that almost never pans out.

Tampa Bay had not one, but TWO goals called back. This only added more suspense to the proceedings.

At long last, Pat Maroon broke the scoreless tie at the 6:16 mark of the third period.

And you know what? These Stanley Cup playoffs couldn't have ended more fittingly for the Panthers. Their power play was atrocious as could be all postseason long. They were 1-for-28 with the man advantage against the Lightning in three prior losses.

Not only did they obviously fail on their final three chances on Monday, but Florida pulled goalie Sergei Bobrovsky to leverage a two-man advantage in the final minutes. Once the action returned to 6-on-5, they couldn't get the damn puck past Vasilevskiy, and eventually, Ondrej Palat tacked on an empty netter with 23 seconds left to ice it.

The Lightning know what it's like to be the best team in the regular season, only to get swept out of the playoffs. That used to be the role they played. Now they've won two consecutive Stanley Cups and are officially eight wins away from a three-peat. How poetic.

As for the Panthers? Well…maybe they can learn something from the Bolts' history. Soul-searching they go…it's gonna be a long offseason.