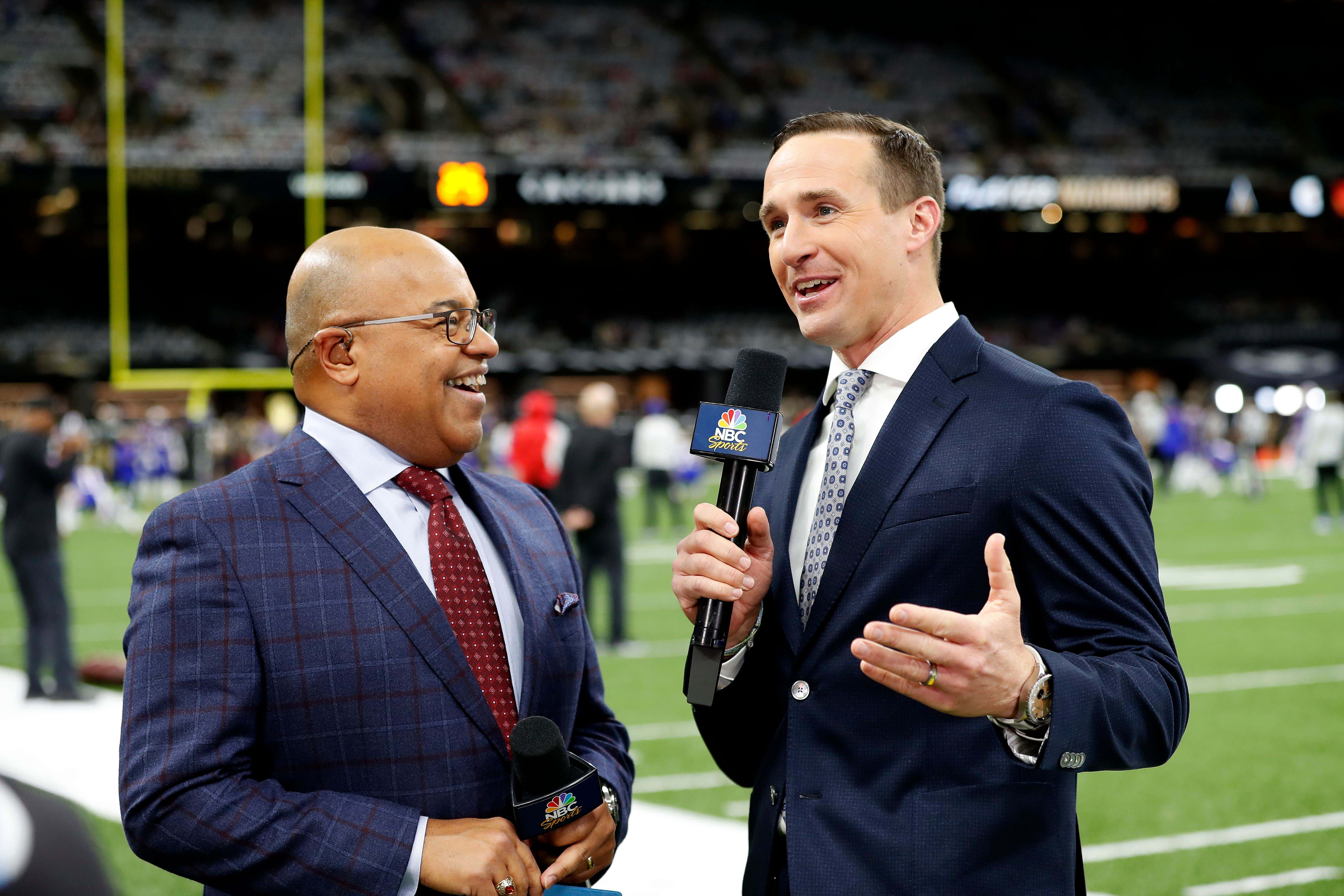 There was a simpler time in the long, long ago, when a premiere athlete who lost the ability to play at a high level due to the ravages of time that affect us all, considered him/herself lucky if they found a cushy landing spot in the warm comfort of a broadcast booth. It was regarded as the ideal way to earn a living, stay relevant, and cash in on your fame. And if you were one of those lucky few who managed to stick that professional landing, the only way you left that job is if you were objectively terrible at it, got a job in coaching, or murdered your ex-wife and her male friend. Otherwise, you stayed behind the microphone until either dementia or death claimed you.

And by all appearances, when Drew Brees took the wrapper off the end of his career, he found the Broadcasting Golden Ticket inside. So it looked as though, judging by the actuarial tables, we'd be listening to him talk about important it is to take care of the football and protect your quarterback for the next 40 or so years.

Followed by a report Brees is already out at NBC. And now this Tweet from the man himself:

That certainly sounds like the right approach. Sure, staying with the network that hired you with no broadcast experience and put you right on their A-Team panel sounds great and all. But it probably gets old after one season. And it's important to keep your options open. You might want to be in front of the cameras bantering with Mike Tirico. But he has to allow for the fact he's got a burning desire to grow the sport of kings, professional pickleball. Or maybe it's time to get ready for the legends golf tour, since he turns 50 in seven years. And of course, there's always that hole in his heart that only coaching youth sports can fill.

Then again, why rule out quarterbacking again? I'm sure there's a huge market for a 43-year-old who hasn't put on a helmet in a year and a half. Though maybe not everyone is OK with him coming back to New Orleans:

It should be pointed out the Saints haven't invested as heavily in finding Brees' replacement as they did honoring his retirement. And would probably have his locker all ready within minutes of him announcing he's unretiring. But if not them, I guess there are other possibilities. The XFL and USFL to name two. But it's still surreal that his post-football career has barely gotten off the ground and he's already aborting takeoff with no specific plan in place for the rest of his life. Unless this is just a ploy to get somewhere close to the $375 million Fox is planning to pay Tom Brady, not a bit of this makes sense. Strange days, indeed.