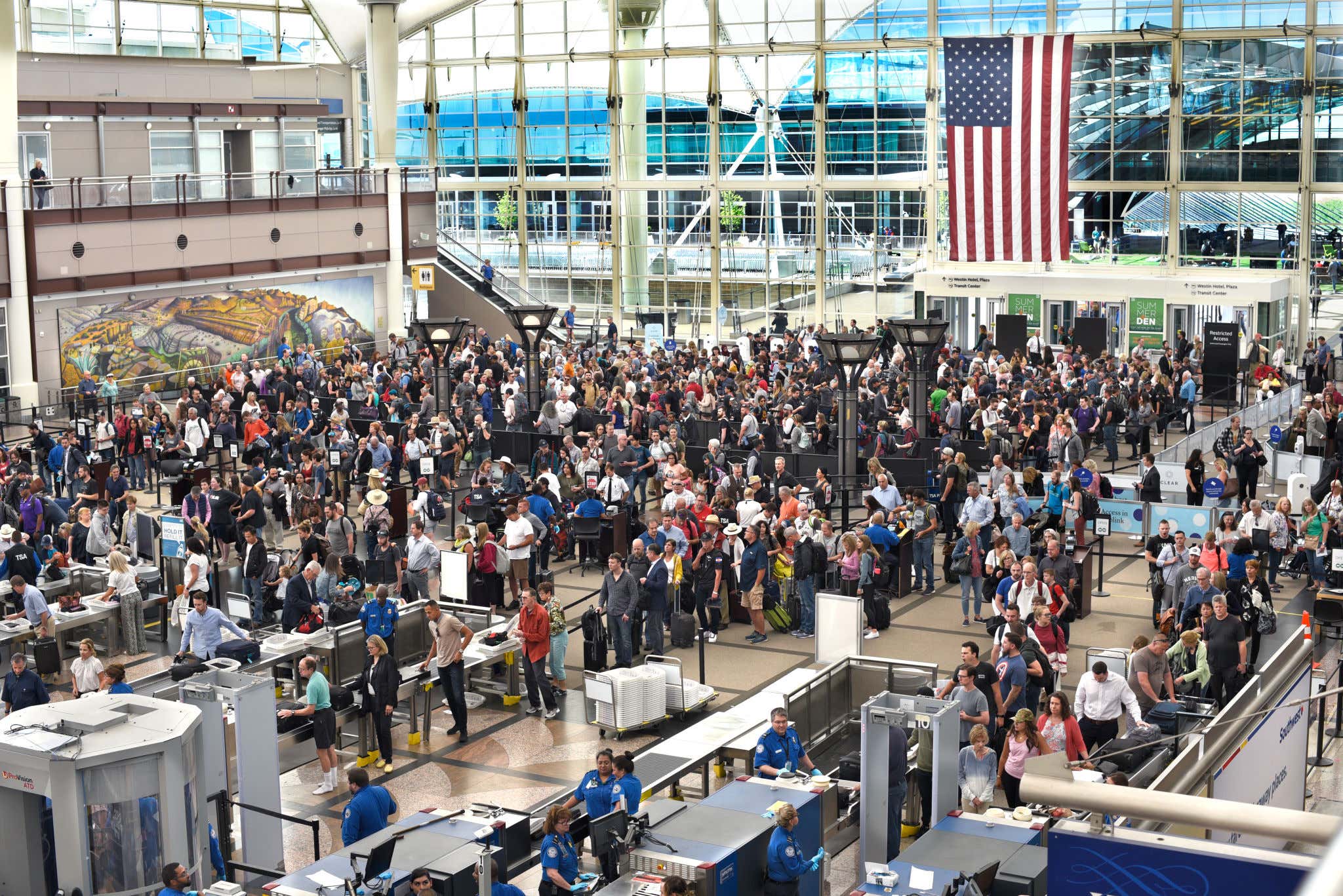 If there's one universal truth we all experience and need no further proof to confirm, it's that air travel gets worse with each passing year. When it's not horrific lines, it's flights getting delayed or canceled. And when you happen to get lucky enough to board, you realize you're trapped in a metal tube 30,000 feet in the air with the worst of humanity. When it's not abusive freakouts from aging former NFL cheerleaders, it's serial masturbators or women breastfeeding their cats. What was once the most elegant way to get around for our parents' generation has become a grotesque sociological experiment. Lord of the Flies with beverage service and 0.5-ounce bags of mini-pretzels.

But all those horrific stories can't hold a flickering candle to this latest tale of pure terror:

Source -  A flight was postponed just before takeoff after a number of passengers received some eerie pictures on their phones.

According to local reports, the passengers were set to travel from Israel to Turkey, but the pilot decided to turn back to the terminal at Ben Gurion Airport amid the panic.

Israeli publication Kan News noted how the images showed a series of plane crashes, with no one knowing who was responsible for sending them.

One passenger who was aboard the flight when it was aborted told the outlet: "We got on the flight and the plane started moving.

"Most people received a request for a photo confirmation in AirDrop, some approved and some did not. …

Among the pictures were two of wreckages, one of which was of a Turkish Airline plane that crashed in Amsterdam in 2009 and led to the deaths of nine passengers.

While authorities are yet to get to the bottom of who’s responsible, they have ruled out the possibility that it was a cyber attack.

Airports Authority spokesman Ofer Lefler said: "This is not a cyber attack. The source of the videos is inside the plane."

Great. Just great. I appreciate the plot twist at the end there. Like it wasn't already petrifying enough already the passengers get the added thrill that can only come from knowing the photos came from inside the plane. So they're basically the babysitter in a horror movie (cued to the 3:40 mark):

And I say this as someone who has no fear of flying whatsoever. While I appreciate how unnatural it feels to be hurtling through the atmosphere in a huge, heavy object I get it's the safest way to go. I can't explain the science, but I've seen the math. I'd rather have your average pilot backed up by the average crew of air traffic controllers at the wheel of the vehicle I'm in than put my faith in some sleep-deprived trucker staying awake with pills or some wine mom texting her yoga instructor from the driver's seat of her Cadillac Escalade. But I swear if I got a random AirDrop with photos of the Turkish Air crash? Get me back to the terminal and I'll fucking walk from Boston to Raleigh-Durham, thankyouverymuch.

And this goes to further prove another point. There is nothing - no invention or technology of any kind - so practical and convenient that it can't be twisted by somebody into a way to ruin our lives.