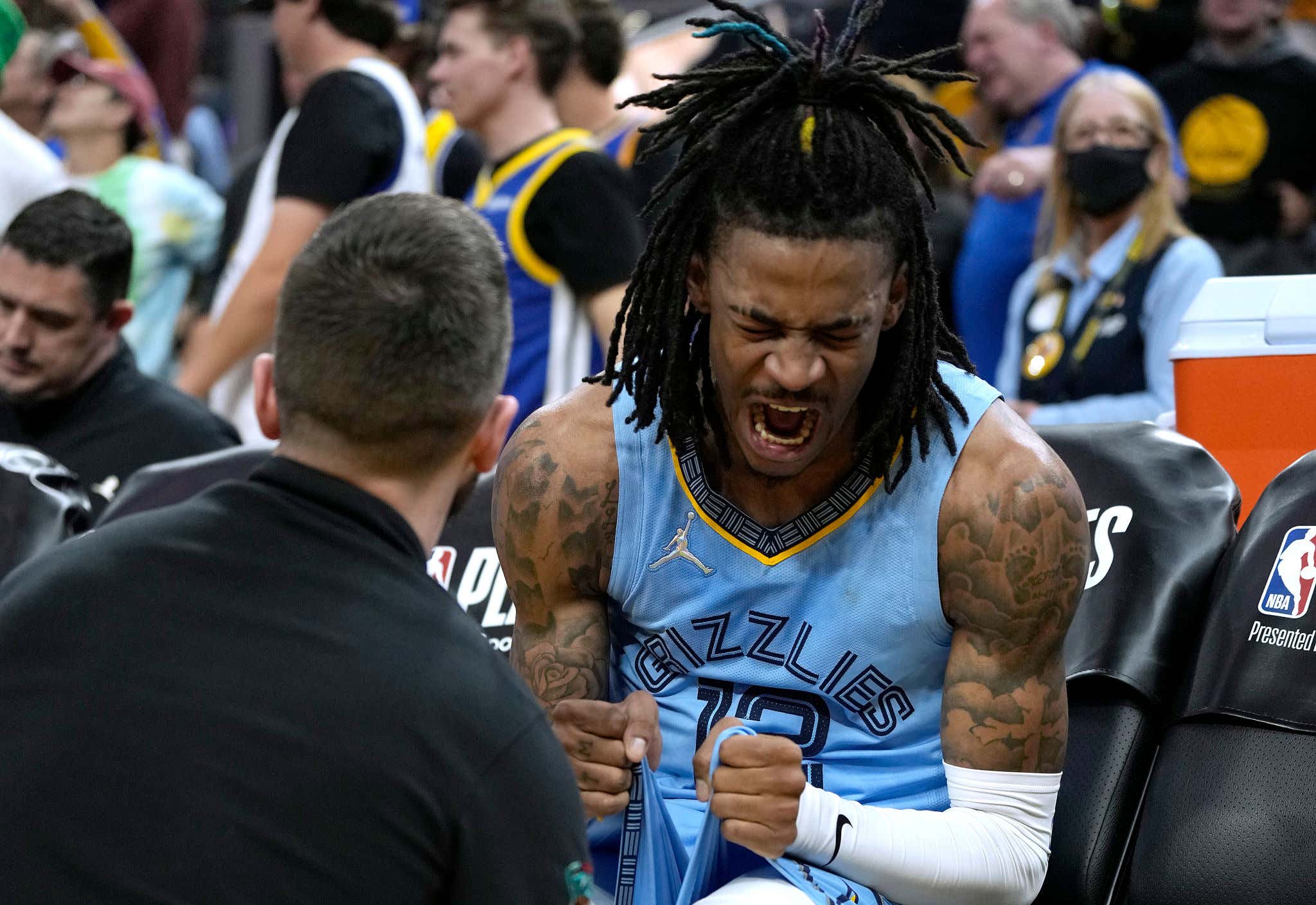 The defending NBA champion Milwaukee Bucks have adjusted nicely to the absence of All-Star Khris Middleton, but it's interesting to wonder how different their second-round series with the Boston Celtics would be with Middleton healthy. In any event, the Deer are at home Monday with a shot to go up 3-1 on the C's.

Meanwhile, out West, the Golden State Warriors are massive favorites over the Memphis Grizzlies, whose superstar guard Ja Morant is dealing with a knee injury and is doubtful for Game 4. Between Middleton, Morant and Joel Embiid suffering from multiple ailments for Philadelphia, it may be as much about health as anything else as the NBA playoffs wear on. Anyway, time to crack on with today's betting preview.

Marcus Smart rose up late in Saturday's showdown for a 3-pointer that could've tied the score with less than five seconds left. Milwaukee's Jrue Holiday fouled him, and it looked like Smart would head to the line for three free throws. Unfortunately for Boston, it was deemed a non-shooting foul, and it cost the Celtics dearly in a 103-101 defeat.

As frustrating as that one moment was for Boston, it was ultimately more about Giannis Antetokounmpo (OU 30.5 points), who lit the C's D up for 42 points to go with 12 boards, eight dimes, two steals and two blocks. It was one of the more dominant, impressive individual performances in recent postseason memory — reminiscent of Giannis' NBA Finals MVP run. Even without a reliable 3-point shot, it's amazing how the Greek Freak can straight-up take over on any given day.

Jayson Tatum's dud of an effort saw him score a mere 10 points. It's at least encouraging for Boston that they still almost stole Game 3 on the road with Tatum playing so poorly. His scoring over/under is set at an ambitious 28.5. That's a high mark to reach, but Tatum does have a history of bouncing back:

I'm inclined to say the Bucks are going to find a way to get it done, because they've been in these tight situations before and prevailed on the way to a championship. Having said that, all the trends seem to work more in Boston's favor, as does the fact that the disparity between the teams' two best scorers (Giannis and Tatum) won't be as vast again as it was in Game 3.

In the last regular-season meeting between these teams on April 1, it felt like the holiday was playing a joke on everyone. Memphis was not only without Ja Morant, but had so many other key players sidelined. That didn't stop the Grizzlies from pulling off a 122-114 victory over the full-strength Suns. Although that contest took place in their own arena, the Grizz improved to 20-2 sans Morant at that time. So, since they're 10-point underdogs, it's worth knowing that with Morant out, Memphis has gone 18-6-1 ATS.

Morant had 34 points before he went down in Game 3, and the underdogs were already dealing with suspended No. 2 scorer Dillon Brooks (OU 17.5 points). None of it really mattered. Golden State just couldn't be stopped en route to a 142-112 beatdown. But that was the absolute worst-case scenario for Memphis. There's nowhere to really go but up from there, which bodes well for this evening. Plus, Brooks is returning and will at least have fresh legs after missing virtually two games.

Warriors guard Jordan Poole (OU 20.5 points) is the one who more or less caused Morant's injury, which has him mired in controversy. Beyond that unsavory situation, though, Poole has been sensational this entire postseason, averaging 22.9 points on a ridiculous 56.5% shooting clip. On a team with a championship-achieving trio of Stephen Currry, Klay Thompson and Draymond Green, Poole has become the X-factor who could push the Warriors (+225) to yet another NBA title.

A common thread across the latest Grizzlies-Warriors matchups is Memphis' penchant for hot starts. The Grizz (+205) have won the first quarter in each of the last six, so even if bettors doubt their ability to hang tough at Chase Center for a full 48 minutes, a 2-to-1 flier on that opening frame moneyline isn't a bad play.

I believe this was cited in the Game 3 preview, but it bears repeating: Golden State (-10.5) has an NBA-best +10.6 point differential at home. They obviously blew that out of the water in their latest encounter with Memphis. It'd be stunning to see that again, yet you can't really put anything past the Warriors when they're playing to their full potential.

If there wasn't such a massive sample size to suggest Memphis could hold its own with Morant sidelined, I'd have gone with the Warriors to cover in another blowout. However, the reality is the Grizzlies haven't seemed fazed when their best player has been out. They're being spotted such a huge spread, and I can't help but think Golden State is due for a comedown from that 63.1% shooting performance in Game 3.

As for the opening duel on Monday's slate, it's been a gritty Boston-Milwaukee series predicated on elite defense. The Celtics' form on that end of the floor has carried over from the regular season, and the Bucks have flipped a switch in the playoffs after a middling effort for most of the year. Hard to feel confident about betting the Over here.