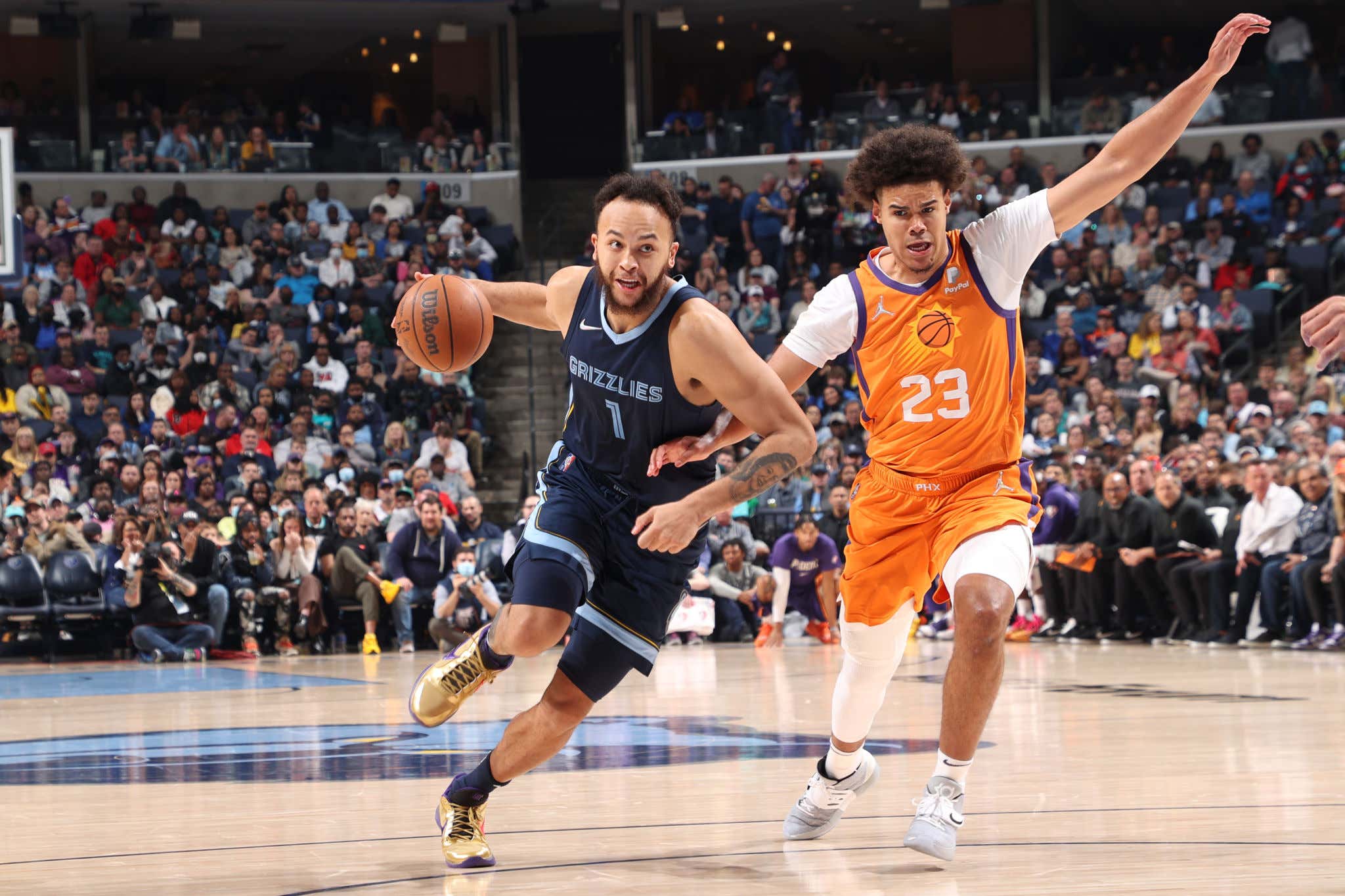 People. PEOPLE. I don't get it. I just don't get it. The Phoenix Suns walked into Memphis on Friday night as eight-point favorites, with injuries absolutely piling up for the home team. Turns out, that didn't matter at all, because the Grizzlies came out ABSOLUTELY FIRING in the first quarter and never let up even when Phoenix made its runs in a 122-114 triumph that truly had to be seen to be believed.

As the best team in the NBA is wont to do, Phoenix did bounce back from that aforementioned rough start to make it a one-point contest entering the fourth. But guess what? The Grizz kept grinding. Again, to reiterate: Not only did Memphis improve to 20-2 without Ja Morant — they played this game without Steven Adams, Desmond Bane, Jaren Jackson Jr. and Morant's backup, Tyus Jones!

Think about all those key cogs in Memphis' rotation who didn't suit up. You've heard of at least three of them. Then realize that seven Grizzlies scored in double figures. Against a Suns team who ranks No. 2 in defensive rating.

Dillon Brooks fully embraced the No. 1 scorer's role for the night, pouring in 30 points. He even had a nifty and-1 drive to the basket that helped ice the game:

Brooks' point total was second only to Devin Booker's 41 — largely padded during garbage time at the end. So yeah, Memphis let Booker get his…

And you know what? The Suns actually shot 55.3% from the floor. If you told anyone prior to tip-off Phoenix would be that efficient, and filled said anyone in about how many dudes the hosts were playing without, you'd be nuts not to take the Suns to cover.

When presented with the actual outcome, you'd swear it was an April Fools' joke. Like, it doesn't even make sense.

I know this Grizzlies team is young and that playoff basketball is an entirely different animal, or at least that's what history tells us. All the experience this Grizzlies core got was a one-win, one-and-done series last year against the Jazz. I wouldn't have thought, heading into this season, that'd be enough to sustain them and foreshadow a massive leap forward to, say, the Conference Finals.

But then this season happened. And at every turn, Memphis just keeps stunning everyone with its chemistry, and how players who absolutely shouldn't be ready for this kind of scrutiny are not backing down whatsoever. They give ZERO fucks. And that is a reflection of the leadership and belief inspired largely by Morant's ascent to superstardom.

Head coach Taylor Jenkins also deserves some love here. OH YEAH. DID I MENTION HE GOT EJECTED DURING THIS GAME?!?! I mean, come on Memphis, at least make it fair: Have your lowest assistant run the show, and only dress six players next time.

Big shout out to the Grizzlies' player development staff as well. To take down the reigning West champs in this fashion with that squad…I mean I'm writing words about it right now and I still can't believe it or underscore just how damn impressive it is. It's un-articulate-able.

Phoenix (+275) is the prohibitive NBA championship favorite right now — well out in front of Memphis (+1600). At some point we need to acknowledge the Grizzlies are FOR REAL. They're STILL an elite team without Morant, who's easily their best player.

I'm blown away. Baffled. Bewildered. Yeah um, pretty sure there's no better value in any sports betting futures market right now than riding the Grizzlies to win the 'chip. I still don't know if I even have the guts to do it. But someone probably should before Memphis just rolls through everyone with its friggin' 12-deep roster.